Rugby League
News
The tournament will be held over by a year due to continued safety concerns related to Covid-19
Kris Voakes
15:08, 03 Aug 2021

The Rugby League World Cup is set to be postponed until 2022 following the withdrawals of reigning champions Australia and New Zealand last week.

Reports in the media have revealed that the men’s, women’s and wheelchair events, which were due to take place from October 23 this year, will be delayed by 12 months as a response to “player welfare and safety concerns” raised by the ARLC and NZRL.

"The decision to withdraw from the RLWC2021 comes after considering the risk of COVID-19 infection in the United Kingdom, the worsening environment in Australia and the time a majority of National Rugby League Telstra Premiership players will spend away from home under strict biosecurity conditions prior to the World Cup,” a joint statement explained.

"The ARLC and NZRL have resolved, that in the present environment the risks to athletes and officials travelling to the UK to participate in the tournament this year are too great, and it is unable to endorse Australia and New Zealand participating in the RLWC in 2021."

RLWC chairman Chris Brindley had told The Sportsman that he was looking forward to the "best World Cup ever seen", but the double withdrawal had compromised the ability of the organisers to deliver an event the sport deserves.

While the UK has hosted events this summer with returning crowds, not least the British Grand Prix at Silverstone and the Euro 2020 semi-finals and final, there remained significant enough concerns that it has now been agreed that rugby league will be best served by postponing its flagship event. 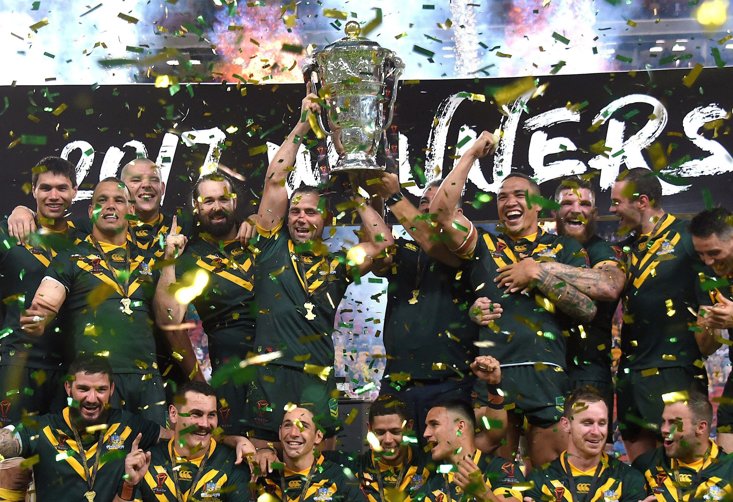 Despite accusations that the NRL had applied pressure on the national bodies in a self-interested bid to get all players back and ready for pre-season as scheduled at the beginning of 2022, the spectre of Covid-19 has been enough to force a rethink.

There had initially been discussion that a World Cup could take place as planned in 2021 without the Australia and New Zealand sides, but there was a worry that broadcasting revenues would be adversely affected by the loss of the two biggest teams in the competition.

A continued swathe of postponements and short-term rearrangements in the Super League this summer has shown that the sport can only do so much to prevent Covid-19 transmissions on the field of play, but the RFL equally has proved an ability to be flexible in its scheduling in order for competitions to be fulfilled.

And while the RFL and RLWC committee have yet to give official confirmation of the postponement, the hope is that by the autumn of 2022 there will be a greater chance of a World Cup taking place without interruptions as a result of Covid-19.