I make the trip to Ayr this Saturday for a book of five rides. My next visit there will be for the prestigious Scottish National meeting so this will be a nice scene setter for in a months’ time.

Benack is a lovely big horse James Ewart got from Ireland and he’s done a good job with him. He has improved with every run and the horse ran a good fourth last time and the horse that finished a length ahead of him won at Carlisle on Thursday.

He has a really nice chance. The only thing against him may be the ground as he needs it soft and whether it's soft enough or not, I don’t know. He’s handled better ground, but he’d need three miles on that, not two and a half, but whatever he does tomorrow and for the rest of the season, he is going to be a lovely chaser in time.

Got Trumped is a funny horse who was bought at the May sales and needed sweetening up. He hasn’t yet come to hand and maybe was a little harshly treated by the handicapper on his old Irish form. He was rated mid 120s when we got him. He is slipping down the weights and if he returned to some sort of form he’d have a chance as he is not without ability, we just need to land the right race.

Once he gets his head in front once, it will help his confidence and he may just scoot in another couple. At the moment he’s a watching brief but when we hit the right note with him he is a horse that could win a few races

I have no idea why Don Brocco was 66/1 last time, and I was only aware of that after he crossed the line, as the form that he had was ok from when I had ridden him in his novice hurdle campaign and he had ability. He probably deserved to be 20/1, something like that, so it was a nice surprise for connections.

Harriet Graham and Gary Rutherford do a great job with the horses and no doubt he is still quite well handicapped. He can go close but he is another one relying on the ground. He’ll not be at his best if it is drying ground and hopefully they’ll have a bit of rain and it’ll stay soft. 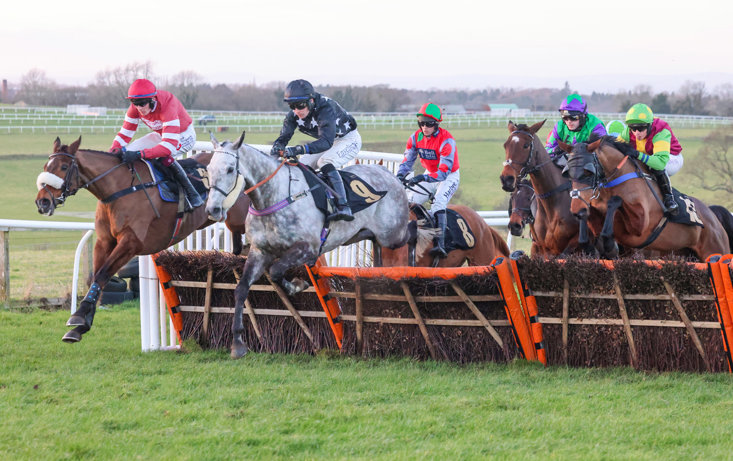 Donna’s Delight ran a really good race at Carlisle regardless of what it looks like. It was more of a confidence booster as he’d had one run since doing both his legs and it was a severe injury. His first run back he was unsure about it. The last run was good.

I know he has course form at Carlisle but he doesn’t really like the track or the hills, so he is back at Ayr on a nice galloping track and again the softer the better for him. I am hoping with him finishing off his race nicely last time it will have brought him on a lot and he can run a nice solid race again.

The Electrician is one of the most frustrating horses I ride. He has a lot of ability and a big engine but he has only shown it twice on the racecourse, second in a novice hurdle and a good third in a handicap. He is inconsistent and unreliable. To be fair to Mike Smith, he is very good and he doesn’t hold onto horses too long if they’re not going to be any good, but this horse has ability, it's just trying to get it out of him.

We’ve dropped him back to two miles on the basis it may be soft ground as he is a better ground horse and hopefully we can spark a revival. He will go chasing soon to see if that changes his attitude a little bit but he is a winner waiting to happen when the penny drops and he will be well handicappped.