Football
News
With Danny Rose’s time at Tottenham at an end, Sessegnon could return to battle Ben Davies for a spot at left-back next season
Elliott Bretland
11:00, 04 Mar 2021

It’s May 20, 2000 and in north London, Chelsea captain Dennis Wise is lifting the FA Cup after beating Aston Villa 1-0 at the old Wembley. Down in the south west of the capital, in Roehampton, Ryan Sessegnon is just two days old.

Signing for Fulham at the age of nine with twin brother Steven, he started out as a striker but soon moved to left-back, making his debut against Leyton Orient in the League Cup aged just 16. Eleven days later Sessegnon scored his first professional goal against Cardiff to become the first professional born in the 2000s to score a first-team goal in English football. He was also the youngest player to score in a Championship match.

The youngster made 30 appearances in all competitions that season before playing every single league fixture as Fulham earned promotion to the Premier League in 2018. Bombing up and down the wing, he scored 15 goals. Sessegnon was ready to play at the highest level.

Now 18, he made 35 Premier League appearances during the 2018/19 campaign, finding the net twice. Sadly for the Cottagers, they were relegated but as it proved, Sessegnon would not be going down with them instead signing for Tottenham for a fee of £25m and penning a five-year deal.

However, as Spurs travel to Craven Cottage to take on Fulham on Thursday night nearly two years on, there is no mention of Ryan Sessegnon returning to his former club. It’s fair to say, he’s probably fallen off the radar of many football followers in fact. Making just two appearances for Mauricio Pochettino, he made only ten more for Jose Mourinho last season and only five of those were in the top-flight and little mention of his name has been made since, really. 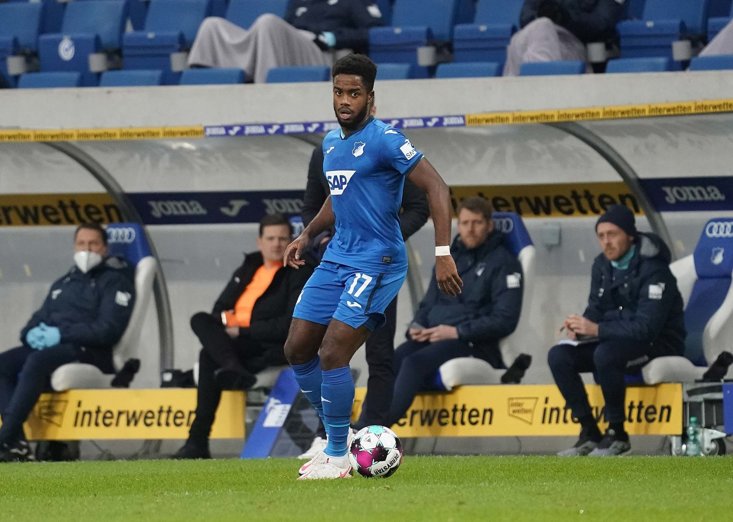 So, just where is Ryan Sessegnon? Well, Jadon Sancho may be the Englishman making all the headlines over in Germany right now having notched 50 assists in the Bundesliga but Sessegnon too is diligently making a name for himself over there too.

On loan at Hoffenheim, he’s made 19 appearances this season and came off the bench in Sunday’s 1-1 draw ay Hoffenheim. Sessegnon has scored twice - an equaliser in a 3-3 draw with Stuttgart and an 86th minute winner at Borussia Monchengladbach and has made a big impact at the Rhein-Neckar-Arena too, scooping the fans’ Player of the Month award for November.

"On the pitch from what I've shown, yeah," Sessegnon told Bundesliga.com in February when asked does he feel he has improved at Hoffenheim. "My defensive side of the game in terms of one-on-one duels you can see where I've improved. But again, there is still more where I can improve as well like aerial duels, my tactical positioning as well.

"And being a bit more vocal off the pitch as well. I'm kind of a quiet person off the pitch really. I keep myself to myself. But I try to interact a bit more and I think since I've been here, I've definitely improved in that way as well."

Not one to make noise or hog the limelight, one would guess Sessegnon is happy performing away from the media’s glare in the English capital.

Having previously cited Luke Shaw and Gareth Bale as players he admired, the latter arrived in north London when he left for Germany, Sessegnon has been studying players in Germany as he looks to develop and said, "I like to watch Alphonso Davies and Angelino, two very good players, two very attack-minded full-backs/wing-backs. We've got similar traits and similar strengths and things like that. Of course, I can always learn from other players and those are two players I like watching very much."

The modern game is made for a player like Ryan Sessegnon, always developing defensively but able to gallop forward from left wing-back too. Could Germany be his home beyond this season to hone his talents? Perhaps not. With Danny Rose’s time at Tottenham at an end, Sessegnon could return to battle Ben Davies for a spot at left-back next season though that will be down to Jose Mourinho.

Either way, Sessegnon still has a bright future. He won’t be present when his former team host his parent club this week, and his name hasn’t made as many headlines as years gone by but that’s not to say he isn’t doing the business elsewhere.