Scotland are back in the big time after 23 years away from a major international tournament, with Monday’s Group D clash with the Czech Republic at Hampden Park marking their return. And they are determined to do more than just make up the numbers this summer.

Having qualified for their first finals since the 1998 World Cup, Steve Clarke has a side brimming with talent as they look to prove that they belong at the top table of international football.

With England having already secured their first three points of the tournament, a confident Tartan Army believe they have what it takes to truly compete in Group D.

They last qualified for a major international tournament in the same year that the Euro was established as a single currency, and in the intervening period they have been through more ups and downs than the stock exchange itself.

Don Hutchison did actually score the only goal of the game against England at Wembley as Scotland prevailed in the second leg of the ‘Battle of Britain’ play-offs in Euro 2000 qualifying, but that wasn’t enough to overturn a 2-0 first leg deficit after Paul Scholes’ double in Glasgow.

There was more heartbreak for the Scots as they finished third behind Croatia and Belgium in their thwarted attempt to qualify for the 2002 World Cup.

A second successive failure to reach a major finals was deemed unacceptable (little did they know!) and Craig Brown was replaced by former Germany boss Berti Vogts.

His appointment appeared to have turned their fortunes around when a battling display was to thank for a 1-0 opening leg victory over the Netherlands at Hampden Park in the Euro 2004 play-offs. Any hopes of a return to the big time were quickly quashed though, as a Ruud van Nistelrooy hat-trick inspired a 6-0 second leg turnaround to inflict Scotland’s worst defeat in 42 years and book the Dutch a spot in Portugal the following summer. 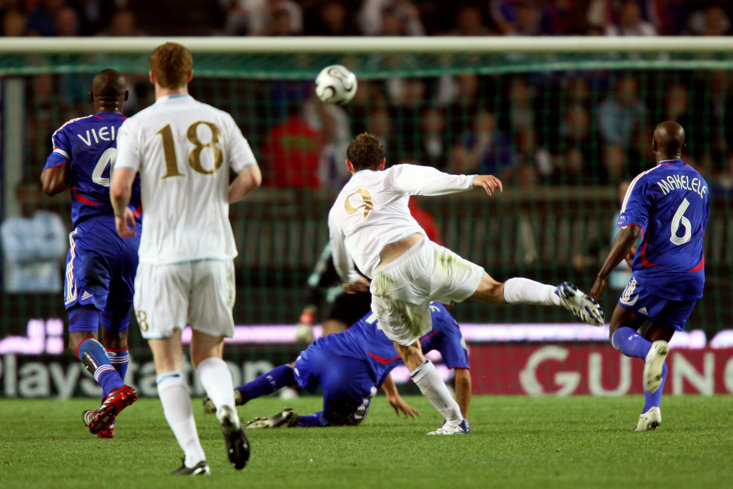 Walter Smith replaced Vogts after Scotland dropped to a record low world ranking of 77, and an upturn in results took his proud nation close to the 2006 World Cup, but it was to be four successive major tournaments without the Scots as they finished third to Italy and Norway in Group 5.

Smith’s return to Rangers saw Alex McLeish take over and guide his country to historic wins over France and Ukraine, but defeats to Italy and Georgia ended their hopes of qualifying for Euro 2008.

Losses to Netherlands, Macedonia and Norway left Scotland languishing in third place in Group 9 of qualifying for the 2010 World Cup, and the Tartan Army were heading into the 2010s with a point to prove.

Taking just four points from as many games to begin their qualifying campaign for Euro 2012 wasn’t the way Craig Levein would have seen his tenure starting, with their hopes over before they got going and in the following campaign Gordon Strachan lost his first two games as manager in 2013, meaning that Scotland were the first European nation to be ruled out of contention for the 2014 World Cup in Brazil.

After Euro 2016 was expanded to 24 nations from 16, Scotland were believed to have their best chance since 1998 in qualifying for a major tournament, but a disappointing defeat to Georgia as well as a late collapse against Poland left them facing the reality of two decades whole without a European Championship or World Cup campaign to boast of. 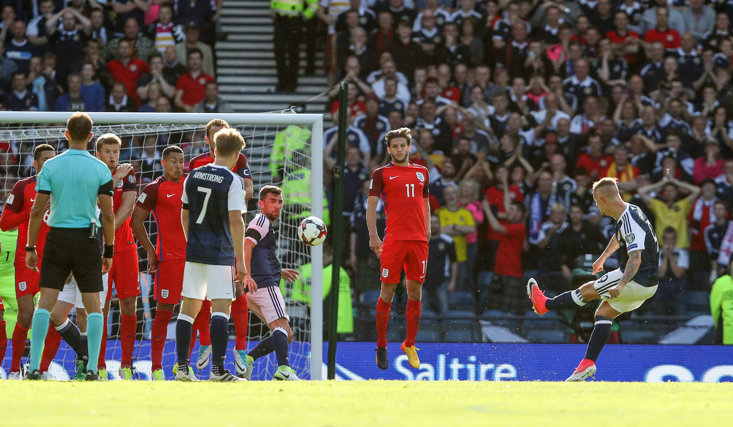 Desperate to book their spot at the 2018 World Cup in Russia, Strachan’s side did manage a 2-2 draw against England at Hampden but once again came up short, with a draw against Slovenia ensuring they weren’t to make the cut.

Steve Clarke was appointed as manager in May 2019, and after 23 years of missed opportunities and heartache he guided Scotland to Euro 2020.

They have had to wait an additional year due to Covid-19, but with Champions League winners in Andy Robertson and Billy Gilmour within their ranks, as well as Europa League Squad of the Season entrant Scott McTominay, Scotland could end up as the surprise package of the summer.

The likes of Kieran Tierney, Ryan Christie and Callum McGregor also possess European pedigree, and they will be called upon if Clarke’s men are going to crash the Group D party alongside England, Croatia and Czech Republic.

Can they upset the established order? It’s going to be great fun finding out.