In many ways, Morgan Knowles epitomises everything good about this trophy-hungry St Helens team. Remarkably consistent and durable, yet with a touch of undoubted class, the rugged back rower has been a key cog in Saints’ winning machine.

This is a fourth season of minimal defeats, during which time the club has lifted two League Leaders’ Shields, won two Grand Finals and this year added the Betfred Challenge Cup to its list of accolades.

Typically, Knowles insists they are far from finished yet. Asked about the team’s relentless nature, the 24-year-old Cumbrian responds: “I’m not sure what the secret is, but the standards that we set, we all live by.

“Occasionally you drop below those either in matches or in and around training, and the key thing is being accountable and getting picked up by the playing group and coaching staff.

“It’s a culture that’s been built and set, and over the last four years, the team hasn’t lost many matches. We’re proud of that consistency, and it all comes back to those standards that we set.

“We’ve got a really good group of blokes, there aren’t any bad eggs in there. And Woolfy [coach Kristian Woolf] is great, a real honest coach. He’s straight down the line, there’s no guessing about what he thinks of you.

“He’s just real honest, you always know where you stand and as a player that’s all you want. There’s a real clarity of what he wants and expects from you.” 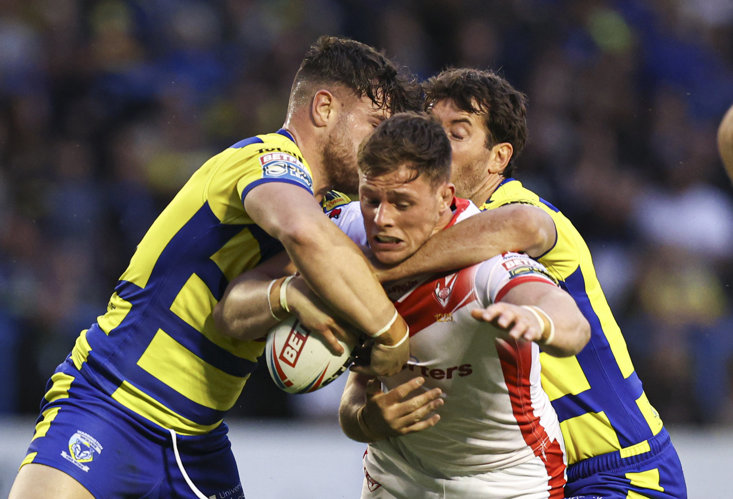 KNOWLES HAS GROWN INTO ONE OF SUPER LEAGUE'S BEST FORWARDS

Saints’ ability to win matches has even survived that most common of pitfalls from past years - a Betfred Challenge Cup win. Unlike countless past teams, that triumph has not affected their league form.

“The Challenge Cup was something that we’d set our eyes on for a number of years but had eluded us,” Knowles explained.

“To eventually win that and tick it off was brilliant. We’ve got a good group of boys that are always striving for more though - we haven’t rested on our laurels and we’ve looked to kick on.”

The one team that has rivalled Saints’ week-to-week standards in 2021 is this weekend’s opponents and League Leaders’ rivals Catalans.

Knowles added: “When you’ve looked at their team sheet over the years you’ve always thought they can beat anyone on their day, and this season they’ve done that on a consistent basis.

“Sam Tomkins at the back has been a real key for them, and they’ve got some good young French kids as well which is exciting.

“It’s going to be a big test for us and I’m sure it will be built up in the media, but we already know how big a game it is for us.

“The League Leaders’ might have fallen away in importance and value a bit with the Grand Final being the big one, but it does show who has been the best team over the course of the season.

“It’s still a big thing and we’ve still got an opportunity to go and win it this season.”