Riley McGree’s refusal to entertain Ange Postecoglou’s impassioned transfer pitch in early January was considered a blow to Celtic’s fast-paced recruitment drive - yet the Australian’s decision to opt for Middlesbrough soon became a minor irritation in a successful campaign.

Eight days after McGree plucked for the English Championship, Celtic again demonstrated their decisiveness in the transfer market. Matt O’Riley joined from MK Dons for £1.5 million, and his performances in green and white have ensured the alternative option was better than the original plan.

From tranquillity in Milton Keynes to the Glasgow glare - O’Riley has been at ease in unfamiliar and unforgiving surroundings. He is a classy performer with an immaculate touch, and his intelligence has added another dimension to Celtic’s approach work.

There was no soft landing for O’Riley on arrival. The 21-year-old was pitched into a fraught title race at the midway point of the season, yet he quickly adapted and made a good team even better. Tynecastle was the scene of his debut, and Rangers were the opposition on just his second outing at Celtic Park - and he orchestrated proceedings on both occasions.

O’Riley’s willingness to trade the cushiness of Fulham’s youth set-up for the uncompromising world of League One underlined his belief in his own ability. The buy-out clause inserted in his MK Dons contract also indicated he had little intention of grinding in the third tier for a prolonged period.

A lot has happened to O’Riley in his brief period north of the border; he has become a league champion and represented Denmark at u-21 level. The Londoner qualifies for the Danes through his mum, and he harbours hopes of breaking into Kasper Hjulmand’s World Cup squad. 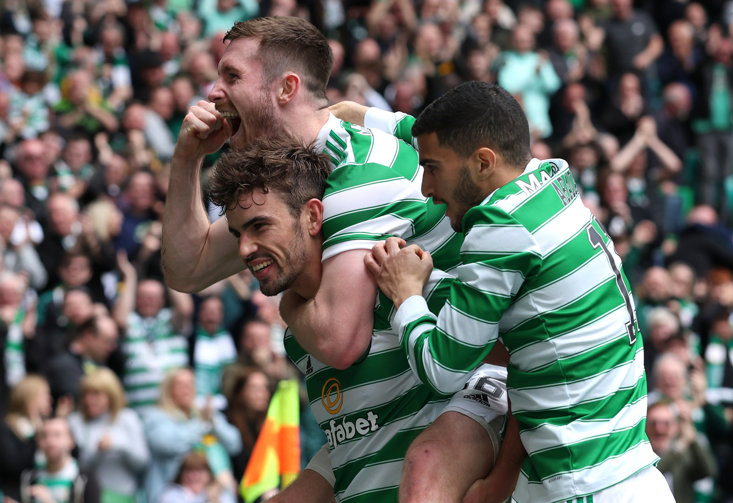 His Celtic career has only just begun, yet rumours of a potential transfer are already circulating. Leicester City have been credited with an interest, although any hopes Brendan Rodgers has of luring O’Riley to the East Midlands is firstly dependent on outgoings at the King Power.

O’Riley has had such a rapid rise to prominence that it is difficult to place a value on his considerable talent, however with four years remaining on his contract, Celtic are unlikely to contemplate selling a valued asset unless suitably remunerated. Every player has a price in Scotland, but it would require a significant sum to entice the champions to the negotiating table.

O’Riley has acknowledged Leicester’s interest, yet he remained understandably coy on the topic. He has the talent to grace a top-five league, but an extended stay in the Scottish Premiership would appear the most sensible option. The youngster’s career has accelerated since he became a bonafide first-team player at MK Dons just 18 months ago, and a period of stability is in his long-term interests.

With Champions League group stage involvement on the horizon, O'Riley and his teammates have an opportunity to compete against Europe’s elite. If he can excel in the next six months, he will have more than Leicester City chapping his door.

The 21-year-old rejected a lucrative contract extension at Fulham in pursuit of first-team action - and he has made 75 appearances in the last 18 months. His bold decision to depart his boyhood club has paid dividends, and perhaps more promising youngsters will look to emulate his path and avoid the precarious cycle of endless temporary loan moves.

O'Riley was not your typical lower level footballer - his potential was always well known - but he is another example of the talent that can be found in the English Football League.