Football
News
The unfashionable boss has led the Swans to the Championship play-off final
Kris Voakes
20:25, 22 May 2021

In his first senior managerial role, Steve Cooper is on the verge of something special with Swansea City. Following a 2-1 aggregate win over Barnsley in the Championship play-off semi-finals, the former England Under-17 World Cup-winning boss has his side within 90 minutes of returning to the Premier League.

Only two managers before him – John Toshack and Brendan Rodgers – have ever led the Swans into the top tier, but Cooper takes the club to Wembley next Saturday to face Brentford knowing that victory will earn him a place in Welsh footballing history. And at a time when debate rages about the over-promotion of big names within managerial circles, Cooper’s story is one which will hearten many.

The 41-year-old never really made it as a player, but was quick to follow the advice of his Wrexham manager Brian Flynn after he suggested that coaching might be the right route for the then-teenager. He went about studying for his coaching badges and was recruited onto the staff by Flynn at the Racecourse Ground.

After 10 years, he was snapped up as a youth coach by Liverpool and glory followed when he joined the England staff and led the likes of Phil Foden, Jadon Sancho and Callum Hudson-Odoi to the world title in 2017.

Marc Guehi was a part of his squad too, and over the past year-and-a-half the Ivorian-born centre-half has become a key figure in Cooper’s Swansea setup on loan from Chelsea. On Saturday he was at his brilliant best as Barnsley’s hopes of a second-leg rally were often met by the Guehi-shaped rock at the heart of the home defence. 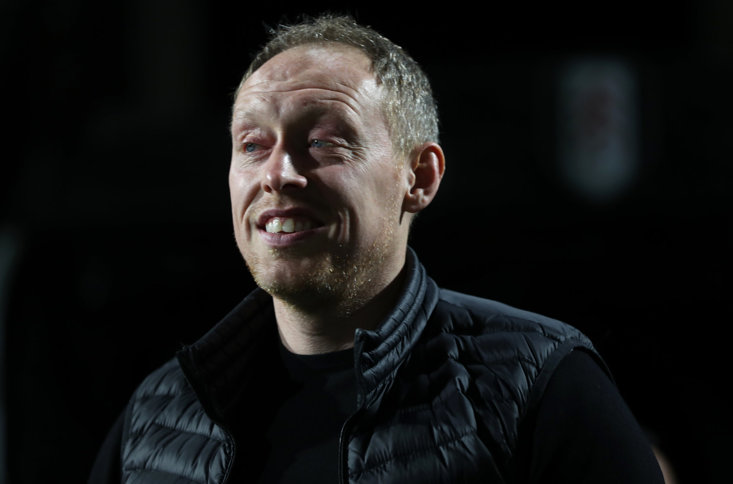 The Swans extended their 1-0 advantage from the first leg thanks to a brilliant goal from skipper Matt Grimes midway through the first half. From a half-cleared corner, the midfielder took a touch, delayed a shot to fool one onrushing defender then rifled home brilliantly. For a long time that looked set to finish the job, but Cauley Woodrow finished off a counter-attack with 20 minutes to go which had the returning 3,000 Swansea fans fearing that their side’s great work might go to waste.

Despite holding the Championship’s least-wanted record for goals conceded in injury time this season, with five late concessions to this point, the Swans held on to book their date with Brentford under the Wembley Arch in a week’s time. It will give them a chance to avenge last year’s play-off semi-final defeat to Thomas Frank’s Bees and will ensure that Cooper’s name remains in the running to succeed Roy Hodgson at Crystal Palace.

More than that, it provides Cooper with the opportunity to step up to the Premier League by right. After three years down in the Championship, the Jack Army are back on the verge of the big time. And no one deserves the shot at the top tier more than Cooper.