Football
News
The England legend says Friday's fixture is a great game for Scotland to attempt to spring back from their opening defeat
Simon Lillicrap
11:56, 16 Jun 2021

Only eleven Englishmen in history know what it feels like to start a match against Scotland in a major football tournament. Stuart Pearce is one of them. This Friday, the two great rivals, who played in the first ever international football game back in 1872, will do battle once again at Euro 2020.

“It is one of these fixtures in the international calendar that if you are an England player or Scottish player that you really look forward to,” Pearce tells The Sportsman, reflecting upon that famous 2-0 win in 1996.

“It was a big one, I mean it cranked the pressure up, we hadn't won the first game, we'd gone into that with just a point and not played particularly well in the first game as well. Whenever you play England v Scotland fixtures, that was the only one I played at Wembley, I played a couple at Hampden Park, they are fantastic fixtures, I've got to say. 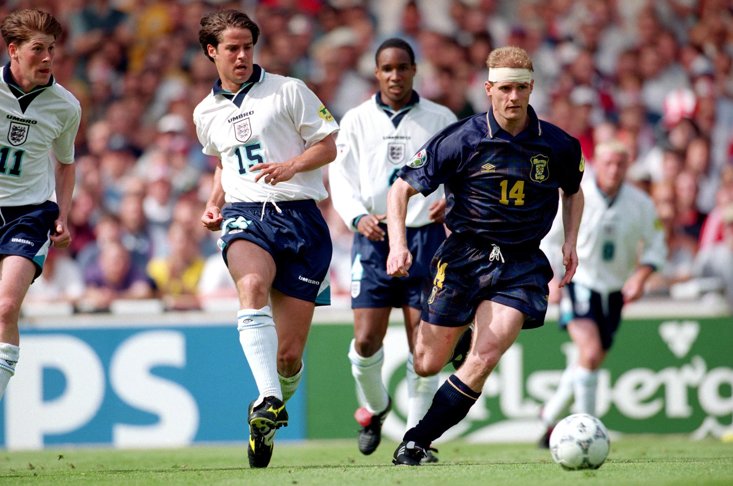 England vs Scotland at Wembley in 1996

Although Covid-19 restrictions mean that only 22,500 spectators will be in attendance compared to the 76,000+ that attended 25 years ago, it will feel like a full house if they are as loud as the fans who turned up to watch England’s 1-0 win over Croatia. The much-criticised Raheem Sterling was the matchwinner for the Three Lions, and Pearce was full of praise for manager Gareth Southgate.

“I wouldn't say it was a big call for the manager but it was a call of loyalty,” Pearce says about his former England teammate. “Sometimes when you have managed teams and players have been really solid for you over a number of years which Raheem has for Gareth, you have to back them. I think he delivered a performance and obviously the goal that got us the points. I think from his point of view I'm delighted for Raheem, from the manager's point of view I thought he got his team selection correct.

“I was pleased to see him pair [Kalvin] Phillips and [Declan] Rice together in the centre of midfield. All in all some really good calls, [Kieran] Trippier at left-back I think that all caught us out a little bit, but once again the right judgement call.”

Once again, there was a lot of clamour for the talented Jack Grealish to start, but Southgate left him on the bench for the entirety of the ninety minutes, instead choosing to bring on the more combative teenage Jude Bellingham for Harry Kane.

“I wouldn't have started him [Grealish] against Croatia. I think you have got to earn your right to be in the team and the natural balance of the team is really important as well. I think Gareth made that judgement call right. I think Jack will certainly play a role, whether it be coming off the bench or whatever but it was interesting that he didn't get a sub appearance either.

One man who performed below his usual high standards was England captain and World Cup Golden Boot winner Harry Kane. Croatia were able to stifle him and limit him to just 14 touches in the first half, but Pearce believes there is nothing to worry about when it comes to Southgate’s leading marksman. 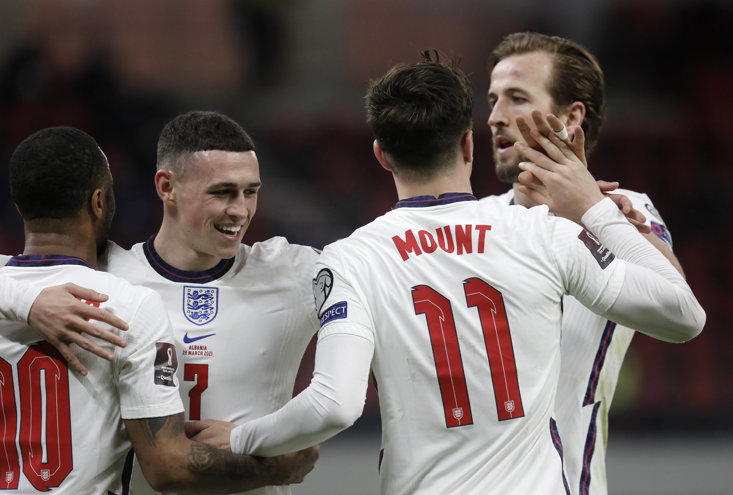 “He is a top quality player, you don't have to worry about his form,” Pearce tells The Sportsman. “It is often the case with goalscorers, I saw it many years ago with Alan Shearer, went into a tournament not in good form, but you know with goalscorers at the drop of a hat they will score a goal. It was probably one of his weakest games but he relies on a lot of set up play from the rest of the team… Listen, whenever Harry Kane plays for England, you know full well he is the favourite to score a goal and that will always be the case while he is playing.”

So how does the former England left-back see Friday’s Battle of Britain panning out?

“Whether they want to or not I think they [Scotland] will be penned in for periods of time, I think England’s possession will make that happen,” Pearce predicts. “I think if [Kieran] Tierney is fit and available, him missing the other day was a big loss for them, I think if he is fit that'll give them a big lift.

“They'll certainly try and attack on the break as much as they can but they might be feeding off scraps in some ways. They are almost going to have to turn the game into a domestic battle and try and outfight and outrun England, because man for man England are probably slightly the better side. It'll be interesting to see Steve's dynamic on how he sets his team up. “

Scotland suffered a damaging 2-0 loss to the Czech Republic in their opening game, which featured the goal of the tournament so far from Patrik Schik, but Pearce still believes Steve Clarke’s side can qualify for the knockout stages.

“Yes they can. They certainly can,” Pearce says with conviction. “They will need to win one of the next two games I think, two draws will put them out, two points will not be enough to get them out, even as a third place I don't think. I'm looking at it and thinking they are probably going to need three points and keep their fingers crossed, four points will definitely get them through, so if they could take a point at Wembley they would be pleased with that to take them to the last game in an all or nothing scenario.”

After correctly predicting England would beat Croatia by one goal, what does ‘mystic’ Pearce think the score will be on Friday night?

“I think it will be a two or three nil-er. I'm going 2-0. I think the confidence and the pressure that has been alleviated by the first game victory will make us play with a little bit more freedom than we did the other day and we played very well with that.”