Rugby League
News
The second round of the Betfred Super League gets underway tonight as Warrington host Castleford
Will Dowie
13:55, 17 Feb 2022

The second round of the Betfred Super League gets underway tonight as Warrington host Castleford. Today, we take a look back on last week's action, which saw impressive away victories for Huddersfield and Salford, as well as previewing the upcoming games with the War of the Roses being a particular highlight on Friday night as Wigan take on rivals Leeds.

Daryl Powell has downplayed the fanfare surrounding his reunion with Castleford Tigers as he faces the club for the first time since he left the club at the end of 2021, ending an eight-and-a-half season tenure at the West Yorkshire side.

He’ll be impressed by the character shown against Leeds, but they should have made that win way more comfortable given that they were playing against 12 men for 64 minutes. They will however be boosted by the potential return of the imperious centre Toby King as well as Jack Hughes, who will give the side a completely different complexion.

This matchup against his former club could not have come at a better time given the lacklustre performance that the Tigers put up against Salford, and Lee Radford will have to get his side back on track quickly if he is to match the work put in place by his predecessor.

Castleford Tigers’ discipline was a real concern for the 42-year-old head coach as it cost them dearly last week, with Marc Sneyd’s kicking game the difference maker. Castleford will have to be better, having looked lacklustre for large periods, and they will be relying on their talismanic hooker Paul McShane to pull the rabbit out of the hat if they are to claim victory here. 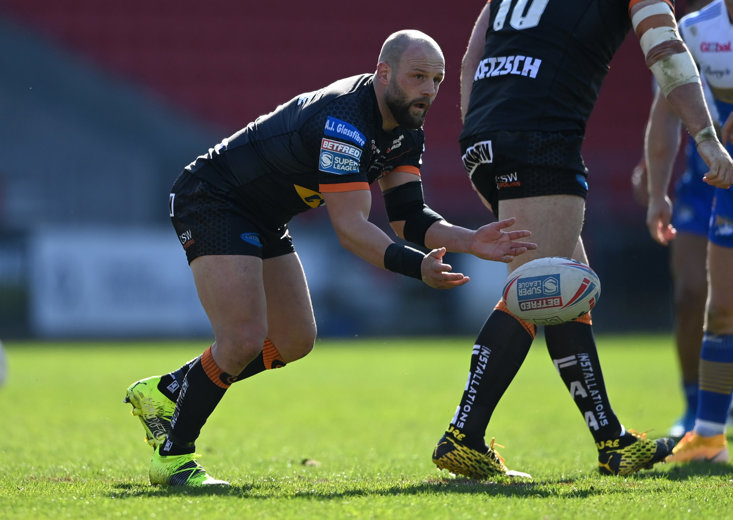 Wigan face Leeds in a clash of the two heavyweights in the rugby league world. The Warriors will be looking to avenge their play-off defeat last season, which brought an end to the Adrian Lam tenure.

Last season was a disaster for the Warriors, who just about scraped into the playoffs and undoubtedly it was one of the worst seasons in the club’s recent history. A side who we are usually used to seeing in Grand Finals, were well below par last year and failed to score a single point in their last two games versus Leeds.

This year, there is a real feel-good factor around the club. The appointment of former assistant coach Matt Peet looks shrewd, and the recruitment looks particularly strong with their stand-off Cade Cust impressing on debut following his move from NRL side Manly Sea Eagles in their 24-10 win over Hull KR.

Leeds put up a resilient fight against Warrington in their last match going down 22-20. However, the former St Helens back rower, James Bentley, tipped for big things this season, endured a horror debut and was dismissed for a high tackle in the 16th minute, ultimately costing the Rhinos the game as they blew a 10-point lead with 17 minutes to go.

They’ll be disappointed to have thrown away such a lead, but the future looks bright for Leeds this season, who now have a halfback in Aidan Sezer, who can propel them to Grand Final glory as well as causing Wigan huge problems in the Super League game of the week.

Hull FC and St Helens will be under the scrutiny of the Channel 4 cameras on Saturday in what looks to be a penalty kick for the reigning Grand Final winners. They haven’t been beaten by Hull FC since 2017, winning 11-in-a-row since then, and given the performance they put on show against title contenders Catalan, it’s difficult to see how Hull FC can control this Merseyside side.

Joe Batchelor was the pick of the bunch on Thursday night, who could become a huge feature in Kristian Woolf’s side this year as well as loose forward Morgan Knowles, who also impressed and is being talked about already as an outside shout of picking up the Man of Steel title this year.

Hull FC did get off to the perfect start against Wakefield Trinity, despite having to withstand heavy pressure from the home side after they went down to 12 men for the last 14 minutes of the game. They were fairly dominant before the dismissal to Jake Connor but will definitely need to step up to another level if they are to deny this freakish St Helens attack. 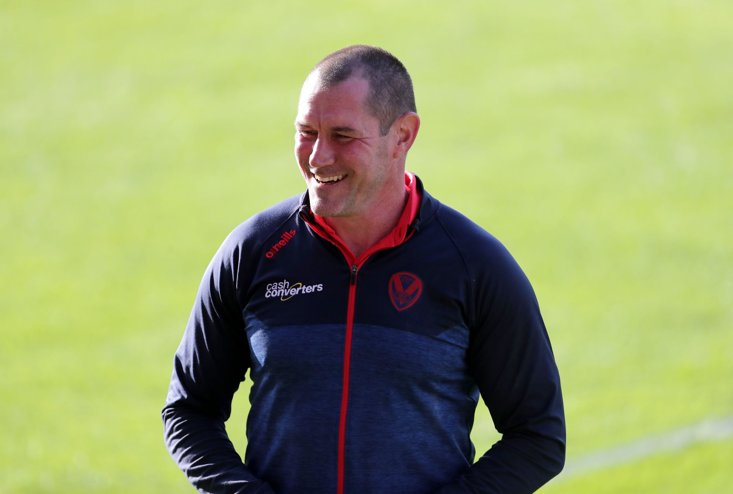 Huddersfield couldn’t have asked for better after they blew away Super League newcomers Toulouse 42-14 on Saturday afternoon.

They managed to overturn a quick start from the French side and assert their authority even despite their fullback star Will Pryce, the son of former rugby league great Leon Pryce, being ruled out with injury. Their offence looks explosive, and they’ve already set a marker down to the rest of the league that they might have an outside squeak of the playoffs.

Hull KR will look to show some bouncebackability back after a disappointing start, losing 24-10 to Wigan. They were the surprise package last year, reaching the Grand Final semi-finals only to fall short to Catalan Dragons. They have looked to strengthen on last year’s showing with the signing of fullback Lachlan Coote from high-flying St Helens looking particularly eye-catching, and a player in which Hull KR Head Coach Tony Smith will look to build his team around.

On first glance, this might not look like the most appealing showdown but even at this early stage of the season, this looks set to be a game that could prove pivotal in the race to secure a playoff spot.

Both Catalan and Wakefield will be travelling from England to Stade Gilbert Brutus with redemption in their sights, as both endured disappointing defeats on the opening weekend, losing to St Helens and Hull FC respectively.

Catalan can be forgiven for being outclassed by St Helens, who looked imperious on the night. The question mark remains as to why they only had one pre-season game as they looked off-the-pace with new signing Mitchell Pearce being one of many, who failed to fire.

Wakefield finished the season brilliantly last year, winning three of their last four games which earned caretaker coach Willie Poching taking the top job. However, this year already looks a completely different prospect, as that ‘new manager bounce’ begins to wane, and the recruitment compared to teams around them looks substandard. They underperformed at the Belle Vue against Hull FC last time and more importantly, with their star player Mason Lino still a 50/50 doubt for the game, it is tough to see Trinity coming away from Perpignan with anything more than a defeat.

A contrast in emotions for these two sides as Salford pulled off the shock result of last week going to a sold-out Jungle and coming away with a 26-16 victory whereas Toulouse endured a harsh reality to Super League life, getting thumped 42-14 by Huddersfield Giants.

Salford’s victory was in small part thanks to Castleford’s ill-discipline as the comeback kid, Sneyd slotted four penalties which proved to be the difference between the two sides. Salford were huge underdogs that day and to go to Castleford and win like that was impressive to say the least. The Red Devils could easily be the sleepers of the Super League this season, their spine of Marc Sneyd, star signing Brodie Croft and Ryan Brierley looks incredibly strong so don’t be surprised to see them in amongst the playoff shakeup in September.

Already at this early stage, Toulouse Olympique look to be in huge trouble. They’ve had well-documented issues with some of their players leaving due to unwillingness to be vaccinated, which has resulted in their spine being completely eviscerated. This was highlighted in their whitewash defeat in Yorkshire and their failure to add any real quality to the side that took the Championship by storm is going to result in their demise. The even money offered for their relegation has long gone and I can only see Salford rubbing more salt into the wounds on Sunday afternoon.