Football
News
The Swiss confirmed their place at the World Cup next year with a 4-0 win over Bulgaria on Monday night
Conor Keane
20:32, 16 Nov 2021

It has been an incredible year for Switzerland and Monday night was the icing on the cake as their 4-0 victory over Bulgaria at the Swissporarena in Lucerne saw them confirm their place at the 2022 World Cup in Qatar.

After an epic Euro 2020 campaign, which saw them knock out world champions France on penalties in the round of 16 and reach their first ever European Championship quarter-finals, many would have thought that this underdog story has had its time in the sun. But the truth is that former manager Vladimir Petković has slowly laid the foundations for this current Swiss team over the last seven years to arguably leave them in the strongest position that they have ever been in.

His successor Murat Yakin has been left with a talented squad as he takes the reins to oversee the next stage of their evolution on the international stage. There is such a strong group of players within the current ranks of the A-Team, that they’ve even been able to perform without some of their key figures in recent matches, including Granit Xhaka, Haris Seferović, Nico Elvedi and Breel Embolo.

Switzerland’s place in next winter’s tournament was helped along by fellow Group C side and reigning Euro 2020 champions, Italy, who have been left to make do with a play-off place after failing to beat Northern Ireland. That result might have helped send Switzerland to the Middle East, but their place in international football’s most prestigious competition is by no means a fluke.

Under Petković and Yakin, in the eight qualifiers played they did not lose a single game in Group C, boasting five wins and three draws, finishing two points above Roberto Mancini’s side. Like the Azzurri, the Swiss only conceded two goals the entire campaign which just further highlights their evolution over the last few years. They were an exciting outfit this summer and many outsiders would have been surprised at the way they played. There was a growing sense that this was a side that was one to watch out for in the coming years and now that they are confirmed to appear in Qatar, they will have picked up a few more admirers. 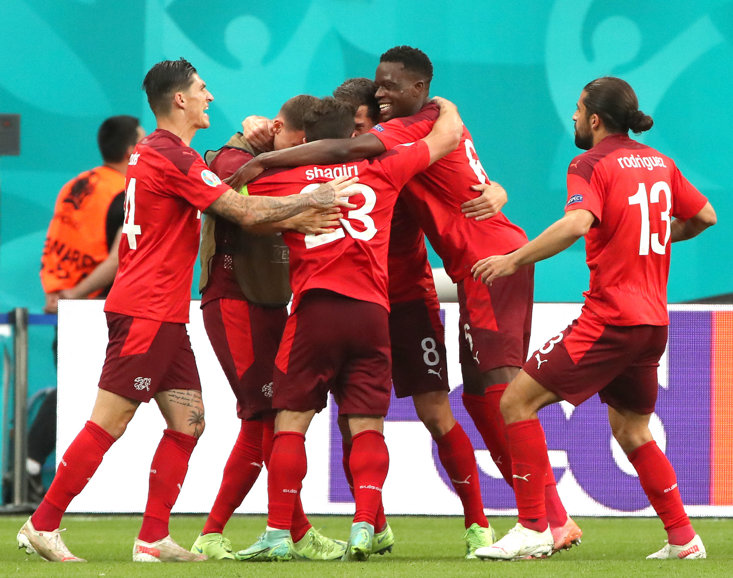 Credit for the Swiss’ current rise is undoubtedly down to Petković and no one will be more grateful to the Sarajevo-born manager than Yakin, who has had an easy transition into the role with the resources and work his predecessor left behind. You could see from the player’s reactions following the game on Monday that they know something special is brewing and they are all privileged to be a part of it.

It was a special night for captain and Lyon star Xherdan Shaqiri as the victory and World Cup qualification came on his 100th appearance for the national team. He turned in a mature and calm performance expected of a leader, and set up the opener.

Speaking after the game he said: “Everyone in the stadium is happy. Everyone is proud. Days as beautiful as this are rare.

“We also have to thank [manager] Murat Yakin. It wasn’t easy for him to follow in Vlado’s [Petković’s] footsteps. He did a great job. The team is in excellent shape. It’s fun to play with this team.

It really feels as though Switzerland are entering the start of what feels like a golden period for them and it will be exciting to see how far Yakin can take them in Qatar.