12 years ago, Blackpool were celebrating an iconic 3-2 Championship Play-Off Final victory over Cardiff which secured promotion to the Premier League, where Charlie Adam and co. at times played Manchester United and Liverpool off the park.

After the Seasiders were relegated at Old Trafford on the last day though, and lost to West Ham in another Play-Off Final the following season, the club fell into a decline.

Long-held issues with the Oystons came even more sharply into focus, as an embarrassing relegation from the second tier in 2014-15 precipitated a double demotion to League Two.

By this point, the Not A Penny More (NAPM) campaign was prevalent and thus, the team played in front of forlorn, desolate, largely empty stadiums.

In fact, Blackpool secured an instant return to League One under Gary Bowyer by beating Exeter at Wembley, but much of the fanbase missed that game in protest.

Fans who stayed away stopped liking their club, but they never stopped loving it.

Any outsiders who assumed NAPM campaigners would subsequently find other weekend hobbies and lose interest even when Oyston returned, have been proved completely wrong.

In fact, the 2-2 draw with Southend in March 2019 represented the club’s first Oyston-free game in 33 years: a whopping 15,871 paraded to Bloomfield Road to celebrate.

Simon Sadler subsequently became owner, and his first act was to organise a Fans Forum, setting up a free bar afterwards.

His relationship with supporters has subsequently gone from strength-to-strength and while the decision to bring Simon Grayson back to the Fylde coast did not quite work out, Sadler struck gold with his second appointment.

Neil Critchley had been working with Liverpool’s youngsters for seven years, gaining credit for the development of Curtis Jones and Trent Alexander-Arnold.

One of 16 coaches worldwide to have obtained UEFA’s elite badge, Critchley was willing to leave an attractive job at Anfield to prove himself as a number one in the senior game.

Immediately, Critchley stamped on Blackpool a clear playing identity that was patently not there beforehand. 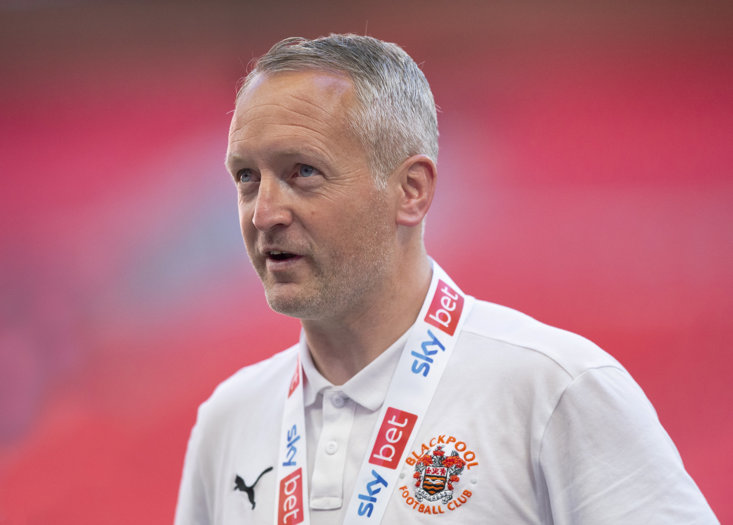 The 2019-20 crop did not press high up, nor did they hold onto the ball and whenever they had the lead, they would instantly sit back to invite pressure, thus dropping 18 points from winning positions.

The closest thing Pool had to an identity under Simon Grayson was giving the ball to Liam Feeney, and merely hoping one of his crosses might find the head of Armand Gnanduillet: when that fell short they offered very little.

Under Critchley, however, Blackpool became the high-intensity, pressing side that makes life hellish for opponents.

The Tangerines were extremely well-structured, yet had an aggressive dimension to their game and midfielders Kenny Dougall and Kevin Stewart were not afraid of an old-school, sliding challenge.

The Lancashire club started modestly in 2020-21, partly due to injuries, but from November to May they picked up more points than anyone in the division, before defeating Lincoln in the Play-Off Final.

Now in the Championship, Pool have amassed 45 – a tally that may suffice for survival – by the end of February, sitting proudly in 14th and their second tier success points to superb recruitment.

That impressive 54% hit rate has been possible because of joined-up thinking, which involves considering how the player’s skillset suits the team’s style of play and his tactical role, before considering the profile of the individual.

Shayne Lavery, for example, was a bold snap-up from Northern Ireland, because there is not a notable history of players converting good form in the NIFL Premiership into English football. 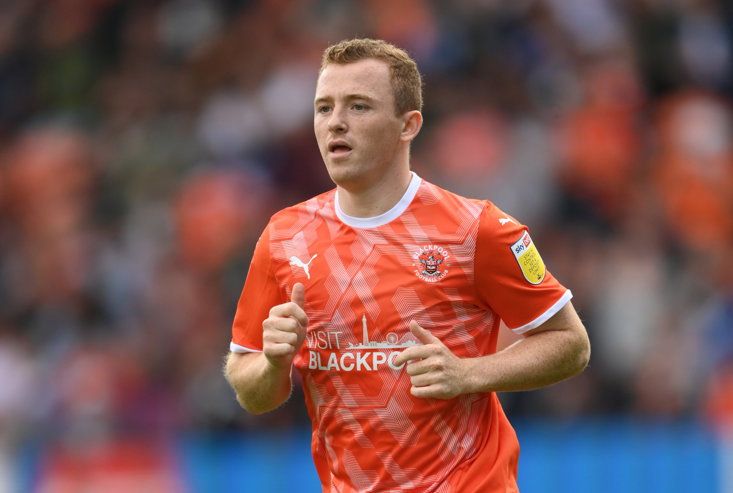 Blackpool, though, had not only the vision to spot Lavery’s record of 33 goals in 56 games for Linfield, his clever movement, intelligent pressing, relentless energy and positive character, but also the conviction to bring him to Bloomfield Road rather than a more obvious name.

Lavery has slotted into Critchley’s pressing 4-4-2 strategy perfectly, scoring eight goals across 14 league starts and 12 substitute appearances, but crucially the coaching team know how to use him.

The 23-year-old does not win too many aerial duels, so Blackpool will either target their direct balls to physical 6’4” front-man Gary Madine (or perhaps January recruit Jake Beesley) or choose to play brisk, vertical passes on the deck, then look to release Lavery in behind.

Often, too much emphasis is placed on the objective standard of individual players, as opposed to how the strengths of those players mesh with one another and the overall strategy.

Blackpool and Critchley never make that mistake. They have a vision, a plan, and the audacity to make it work.

In three years, the Lancashire outfit have gone from being one of English football’s crisis clubs, to a shining example of what can be achieved with transparent ownership, smart recruitment and excellent coaching.

The Tangerine Army have their club back: and so much more.