Cristiano Ronaldo has been linked with a move away from Turin and one of the potential destinations being mentioned is Paris Saint Germain, where the Juventus forward would link up with old rival Lionel Messi and Kylian Mbappe in an attack of unfathomable quality.

While it is unlikely we will witness this glittering front three in reality, it does evoke some of the wonderful attacking tridents that have illuminated football down the years. Here are some of the finest front threes.

‘The Holy Trinity’ personified the free-wheeling, attacking football of Sir Matt Busby’s side. United’s defining players of the ‘60s first played together in January 1964, each scoring in a 4-1 win over West Bromwich Albion.

The Trinity never looked back, with each player scooping the Ballon d’Or before the decade was out. The pinnacle was United’s victory over Benfica in the 1968 European Cup final. Denis Law would miss the game, as he was hospitalised following knee surgery. However his contributions, including two goals in the first round against Maltese side Hibernians F.C., were vital to United’s progress. 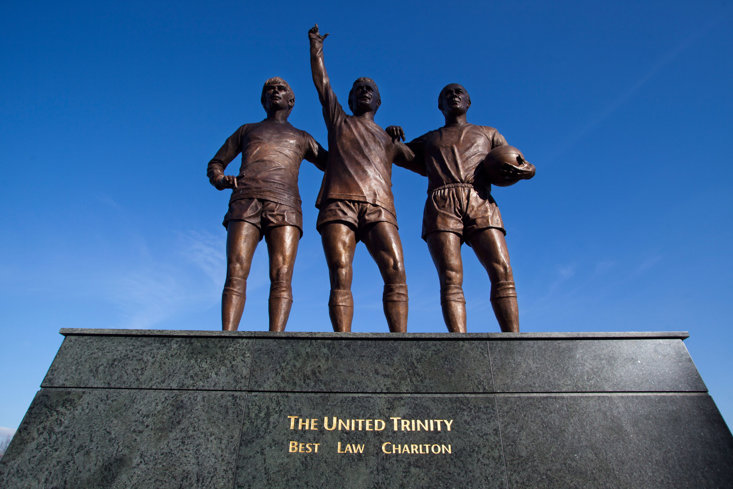 Dubbed the ‘BBC’, this trident was key to Real’s European dominance of the mid-2010s. Gareth Bale joined in the summer of 2013, as Carlo Ancelotti’s side chased ‘La Decima’, a historic 10th Champions League. The star-studded frontline accounted for 61% of Madrid’s total goals that season, netting 97 times.

‘La Decima’ would be followed by another three Champions League trophies in four years. During this period, ‘Los Blancos’ also scooped a La Liga title, three Club World Cups, three UEFA Super Cups and a Spanish Super Cup. By the time Ronaldo departed for Juventus in 2018, the influence of the ‘BBC’ had waned, due to injuries and loss of form. But the silverware-laden time they spent together will never be forgotten by Madridistas.

Barcelona’s answer to their rivals’ ‘BBC’, the ‘MSN’ helped establish La Liga as the home of the world’s elite front-threes. Like Madrid, Barcelona completed their triplicate of world class forwards with a signing from the Premier League, as Luis Suarez joined from Liverpool. The Blaugrana would see an instant return, capturing La Liga, the Champions League and the Copa Del Rey.

While their El Clasico adversaries would snatch the following three Champions Leagues, the ‘MSN’ would combine in sublime fashion on the way to another La Liga title, and a brace of Copa Del Rey triumphs. The group would disband when Neymar joined PSG for a world record fee in 2017, though Messi has sensationally reunited with his former teammate in France this summer.

While Cruyff enjoys a loftier reputation in popular consciousness, his Ajax attack partners were also instrumental in ushering the age of Total Football. Both one club men, Swart would earn the nickname ‘Mr Ajax’ for his contributions over nearly 600 games while Keizer was named by Cruyff in his “ideal squad”, published in his autobiography.

Cruyff himself would define not just Ajax, but an era, through his contributions as a player and a manager. In Ajax and Barcelona, Cruyff stands as the philosophical godfather of two footballing giants.

Liverpool’s rise from Premier League nearly men to English and European Champions was built largely on the back of their inventive frontmen. Tactically different from our other threesomes, Firmino’s selfless work in a false 9 role allows the marauding Mane and clinical Salah to hurt opposition defences.

Despite a trophy-laden tenure together, pundits such as club legend Jamie Carragher have suggested a shake-up of Liverpool’s attack. Had Diogo Jota not spent three months of last season injured, he could well have challenged for a permanent place in this illustrious trio. 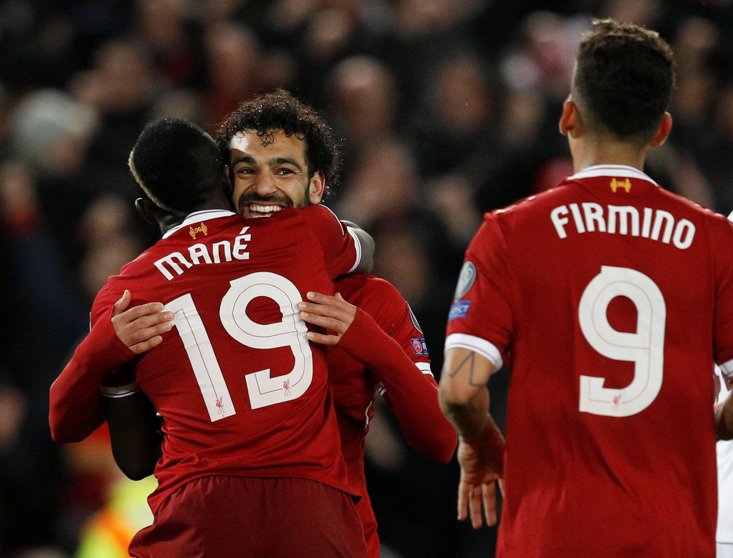 Many fans feel this trio were responsible for the best football ever seen at Old Trafford. Often fielded in the same side as Nani or Ryan Giggs, the 07/08 season represented United with their foot on the accelerator.

After topping the Premier League and lifting the Champions League, the summer capture of Dimitar Berbatov complicated Sir Alex Ferguson’s attacking selection. While another league title was secured, Tevez felt marginalised and would take out his frustration by moving across to Manchester City at the end of his two-year loan, still a bone of contention between the two bitter rivals to this day.

‘Ma-Gi-Ca’ attained legendary status in Naples, despite never winning Serie A as a trio. Each would claim at least one Scudetto with the club, but never simultaneously. However, Napoli were the standout attacking team of the 1987/88 season, netting 12 more goals than winners Milan while finishing second. Giordano would move to Ascoli in the summer, missing out on Napoli’s UEFA Cup win the following season.

This trio might be the most dominant on the list. Their relentless pursuit of goals is best exemplified by their performance together in the 1960 European Cup final, where they destroyed Eintracht Frankfurt 7-3. Puskas netted four times while Di Stefano added another three.

In between their scintillating European displays, this triple threat would also combine for four La Liga triumphs and a Spanish Cup win.

Freddie Ljunberg could easily be included here, such was his importance to this Gunners era. Arsene Wenger’s side never looked better than when they fielded this elegant combination.

While linking up to bring Premier League titles and FA Cups to Highbury, this triumvirate also introduced a style of play that definably was Arsenal. It would be lampooned in the intervening years (“The thing about Arsenal is, they always try and walk it in…”), but Arsenal’s creative passing football is the yardstick fans have judged every subsequent side against. 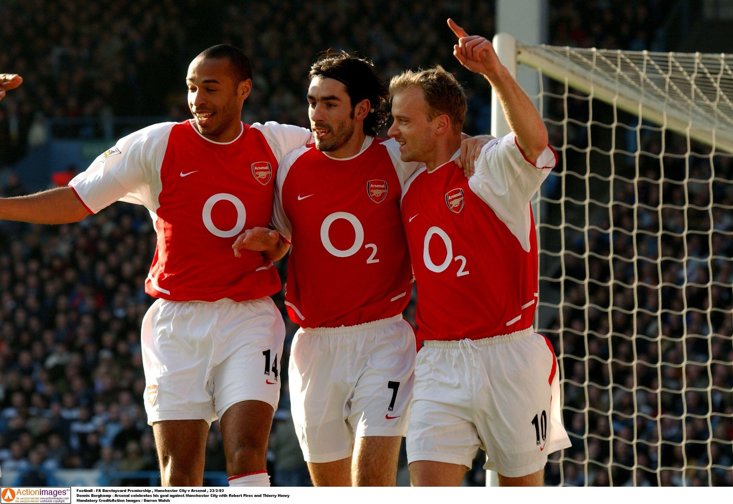 The glittering crown of the dominant ‘Os Santasticos’ side, Pepe and Coutinho have perhaps been unfairly overshadowed by their illustrious partner. While Pele’s scoring stats are notoriously fluid, his partners managed 775 goals between them as Santos dominated Brazilian football during the ‘60s and early ‘70s.