Football
News
Nicklas Sule will be leaving the Allianz Arena on a free in the summer after failing to agree terms to a new contract
Conor Keane
13:05, 28 Jan 2022

Chelsea supporters are holding their breath this month as several key players are permitted to agree pre-contracts with new clubs, with their deals set to expire in the summer. Defenders Antonio Rudiger, Andreas Christensen and Cesar Azpilicueta have been under the spotlight for weeks and while there seems to be no immediate solution to these sagas, Thomas Tuchel may need to start thinking about acquiring new players for his backline.

Rudiger and Christensen have been reported as targets for some of Europe’s biggest clubs and deals to snatch quality players on a free transfer are always going to attract the game’s big players, especially when the individuals have been in exceptional form.

Reports have been constant regarding Chelsea offering new deals to these players, but the deeper we go into the transfer window with no conclusion to these deals, Tuchel has to prepare for the worst. He tried to bolster his defensive options with the signing of Sevilla defender Jules Kounde in the summer which never materialised. Six months later and there does not seem to be a pick up of interest, but the German coach will have a chance to use the Bosman transfer policy for his benefit with a different centre-half.

Bayern Munich have confirmed that Nicklas Sule will be leaving the Allianz Arena in the summer after failing to agree terms to a new contract and there will be plenty of clubs across Europe willing to snap up the German international on a free. At 26-years-old, he is the perfect age for Chelsea to recruit as a long-term squad member. He is entering what will be labelled his peak years and he will offer the much-needed title-winning experience that the Blues will need should they lose Rudiger and Christensen.

After 158 appearances for the Bavarian giants, Sule boasts four Bundesliga titles, two DFB-Pokals and one Champions League, which fits in exactly with Tuchel’s vision of taking Chelsea to the next level. 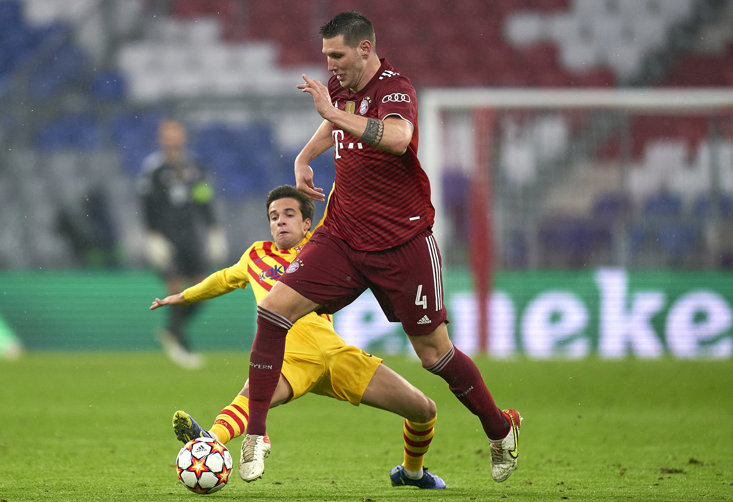 A huge tick in the centre-back’s favour is that he is versatile in his position. At Bayern, he has played in a back four and to the music of Tuchel’s ears, the heart of a back three, so he possesses all the attributes that the Chelsea boss could possibly want in a player who could come in to replace any of his key defenders.

The 48-year-old must be tired of the contract situation with his own players as the uncertainty grows, but a move for Sule would not only provide him with the perfect distraction in getting a high-calibre player on a free transfer, but it will help set his side up for next season, regardless of whether the likes of Rudiger and Christensen are there.

If they are, it’s a huge bonus as it will mean that Chelsea will boast the best defensive squad depth in the Premier League, and Sule would have plenty to offer the reigning European Champions.