Timo Werner has left Chelsea, returning to RB Leipzig for a £25 million fee, £20 million less than they paid the same side two years ago. Werner arrived to much fanfare in the summer of 2020 as part of a vast squad rebuild and observers commented how the west London side had “won” that summer’s transfer window, having also captured a number of other sought-after talents.

Chelsea, managed at the time by Frank Lampard, were coming off a transfer ban. The splurge was seen as a statement of intent from then-owner Roman Abramovich, an attempt to reassert Chelsea as a dominant force in English football. It would be the last widespread rebuild undertaken under the Russian’s watchful eye. The following summer would see Romelu Lukaku as the only big name arrival, while this year the club is under new ownership.

Todd Boehly and Clearlake Capital are steering the ship now and are looking to complete a mass rebuild of their own. Raheem Sterling, Marc Cucurella, Kalidou Koulibaly and Carney Chukwuemeka are among those who have walked through the Stamford Bridge entrance so far. Boehly has his eyes on more players, with Leicester City’s Wesley Fofana on his radar.

But Boehly and Clearlake would do well to learn from the last time Chelsea attempted to garnish their squad with multiple marquee signings. The summer in which Werner arrived brought with it excitement, as Chelsea picked from the very top shelf of European talent. But the season was a turbulent one, bringing upheaval in the dugout before eventually delivering Champions League silverware. A look at how Chelsea’s 2020/21 summer buys have ended up suggests that continental triumph may have arrived in spite of those signings rather than as a result of them.

23 goals in 89 names is not the return Chelsea were hoping for when they signed one of the most sought-after forwards in Europe. There have been good times, such as a crucial strike in the Champions League semi final, but ultimately he has not hit the heights predicted. Totals of six and four Premier League goals in his two seasons tells the story. His move back to Leipzig ends it.

Havertz’s £72 million move from Bayer Leverkusen made him Chelsea’s record signing. He has not quite reached the level expected for such an outlay, but he is far from a flop. Scoring the sole goal in Chelsea’s 2021 Champions League final triumph certainly helps his case. With the departures of Werner and Lukaku necessitating an attacking reshuffle, the 23-year-old will be expected to step up and be counted.

The £45 million they spent to prise Chilwell from Leicester City was money well spent. The left-back was an ever-present in his first season with Chelsea, including playing the full 90 minutes in the Champions League final. A cruciate injury limited him to 13 appearances in his second campaign, but there is more to come from the England star. 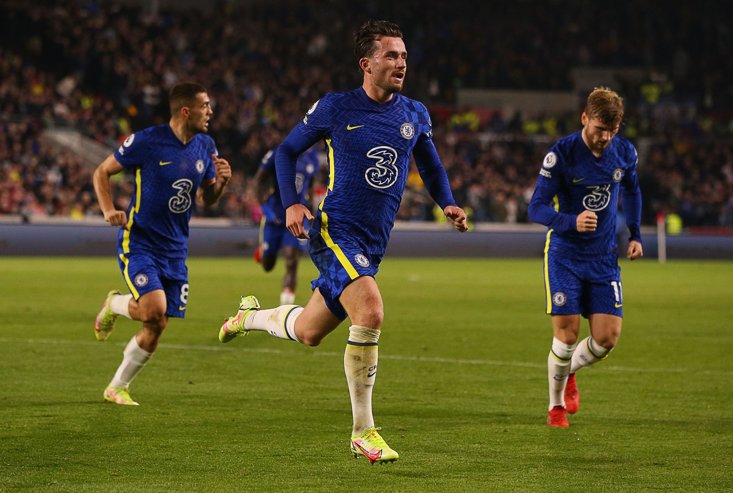 The fact the club are shopping the ex-Ajax man around for a cut-price move this summer tells you everything you need to know. Like Werner, there have been moments of quality from the 29-year-old. Sadly these have not occurred often enough to make him a first-team regular at Stamford Bridge.

A contender for Chelsea signing of the summer in 2020, Mendy has established himself as one of the best goalkeepers in the world while at the club. A host of individual awards have followed, and Chelsea are currently working on a new contract for the Senegal international.

One for the future when he was signed, Chelsea are already committing him to their past. Monaco look likely to sign the 23-year-old defender, who has made just eight appearances for Chelsea. A further 19 games on-loan at Porto were not enough to convince the Stamford Bridge decision-makers that he had what it takes.

Viewed as a veteran short-term option, Thiago Silva has been a revelation in blue. The great Brazilian has made 83 appearances for Chelsea, making a mockery of those who thought signing a 35-year-old was poor business. His guile, determination and intelligence have been a vital cog in the Thomas Tuchel machine. His spirited display against Everton on the opening day of the season proved he has lost nothing.

chelsea are 14/1 to win the epl with betfred*