Football
News
The situation is bleak in the East Midlands with the club on the brink
Simon Lillicrap
14:13, 20 Jan 2022

Derby County’s situation is perilous. Having already been deducted 21 points by the Football League, the club is in serious debt and has mounting issues which could see them go into liquidation if these problems are not resolved.

In what is an extremely complicated and worrying situation, we caught up with Ryan Hills, author of ‘Pride: The Inside Story of Derby County’ to get the lowdown on what exactly is going on at Pride Park.

Let’s start with the basics...

Mel Morris bought ownership of the club after we lost in the play-off final in 2014 and is a local businessman worth around £500m. He proclaimed to be a Derby supporter.

So what went wrong?

Over a number of years, Mel spent big money to try and reach the Premier League. Despite coming close in the play-offs, we never made it. Mel bought the stadium from the club to work around Financial Fair Play charges. They worked within the Football League legislations and even though the EFL tried to sue, it was proven to have been okay within their legislations. A later counterclaim, EFL won. Derby at the time also went through something called 'Player amortisation' which was again within EFL laws.

Why are Middlesbrough involved?

In 2018/19, Derby finished 6th, one place ahead of Boro, denying them a play-off spot, but we had breached FFP that season. Boro are now involved in a claim against Derby for loss of earnings, based on the argument 'You stopped us getting the chance of reaching the Premier League. Therefore we are suing for loss of earnings of X million.’

This opens a massive can of worms because it would leave any football club open to suing anybody since FFP was first introduced. This is one of the major stumbling blocks, which I'll come onto. Also Boro said in a statement on 18th January that 'We believe had Derby not cheated FFP we would have made the play-offs'. This is obviously complete guesswork because who knows what could have happened with different squads etc. Also, in the run-in, Boro had the chance to make POs but lost six games in a row. One massive thing here is that Boro originally sued the EFL based on them allowing this. Boro and the EFL then made an arrangement to effectively say 'Okay, if you stop the action against us then we will allow you to take it against Derby.' This is why the EFL are so passive in the process right now.

Jake Barker
@JakeBarker1212
"If Derby are to be liquidated, none of those involved will be forgiven"
Dame Margaret Beckett 👏🏼🐏 #SaveDerbyCounty
111
946

What about Wycombe Wanderers?

In 2020/21, we stayed up on the final day. We didn't fail FFP that season but had in previous seasons. No points deductions were put in place last season and instead they were put into this one - minus 21 points. Wycombe are suing Derby for loss of earnings, and stating that they have a right to X millions because we should have been deducted points in that campaign.

Why is the situation so bad right now?

In September 2020, Mel Morris put Derby into administration. It emerged Morris hadn't paid any tax on behalf of the club for a number of years, leaving the club owing HMRC £25 million. We also have a number of loans out to a group called MSD. Mel owns the stadium, Derby no longer own the training ground. We have no saleable assets. Our squad is either incredibly old (centre back duo are Curtis Davies and Richard Stearman) or teenagers. With the club in admin, any money raised for player sales wouldn't be enough to get us out of the situation.

Can a new buyer be found?

Derby have three potential buyers, but none of them will pay to the football creditors (Wycombe and Boro). This is what is holding the overall administration up. They won't pay out and they won't take on a club that could then lose millions in a legal case. Last Friday we were due to announce a preferred bidder, but the EFL changed their stance at the last minute to block this. 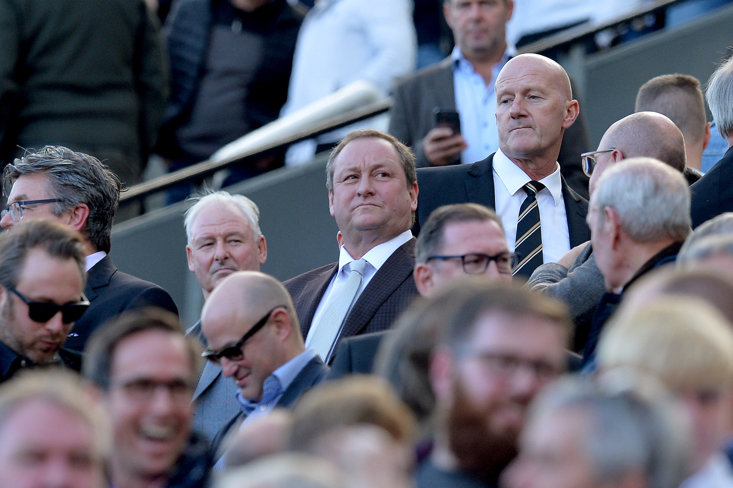 How can the club survive?

There are two ways out that would mean the club survives: The first is if Wycombe and Boro drop their claims against the club or accept say a nominal fee and an apology. This would then allow a bidder (either Mike Ashley or Andy Appleby, most likely) to officially become preferred bidder. The other way out would be for Mel Morris to cut a deal and return Pride Park to the club and accept his loss. This would mean a potential bidder could take the club on, take the payments on and Derby would re-own their stadium. Mel however is completely unresponsive to the situation and has left the city of Derby.

The football world thinks this is a fight against not wanting to be relegated, or that it's a fight to not want to pay our bills, or a fight to not face justice. It's not that whatsoever - it's simply a fight to exist at all. Because in two weeks, the club could honestly be gone completely.