Football
News
VAR was once again a key talking point in the Premier League as Burnley held Arsenal to 1-1 at Turf Moor
Simon Lillicrap
15:34, 06 Mar 2021

We saw the best and worst of VAR as Arsenal couldn’t find a winner against a resolute Burnley side at Turf Moor, with referee Andre Marriner calling time on a hectic game with the scores level at 1-1. He may be no Clint Eastwood but the man in the middle was certainly the centre of attention throughout making key decisions with the help of Kevin Friend at Stockley Park.

It all started so well for Mikel Arteta’s side. Pierre-Emerick Aubameyang opened the scoring early on, cutting in from the left with a couple of quick step-overs before beating Nick Pope and his near post with a powerful low drive. The England keeper should have done better and with Gareth Southgate watching on from the stands, mistakes like those could cost him the number one shirt at the European Championships this summer.

Arsenal looked confident in possession. Perhaps too confident. Passing the ball around the back and inviting pressure was all well and good, until Granit Xhaka inadvertently hit the ball into Chris Wood, and the New Zealander was all too happy to convert his fifth of the season.

The game, which had been drama-free for the opening 70 minutes, burst into life as we came into the final furlong. Firstly we saw Nicolas Pepe introduced from the bench, and within minutes of his arrival Arsenal felt aggrieved that they weren’t awarded a penalty.

This was ‘The Bad’. Erik Pieters, who made a huge impact off Burnley’s bench himself, handled the ball inside his own area as Pepe tried to get past him. For some reason, especially given what we saw during midweek, VAR didn’t award this one as a penalty. The ball clearly struck the hand of the defender, but the hosts got away with one there. 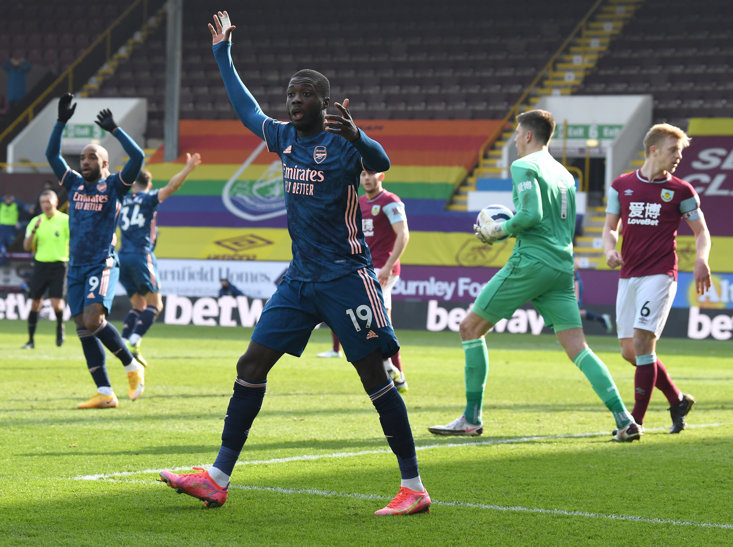 Then came more chaos. Burnley went on the front foot and could have been ahead if Wood had converted from Matej Vydra’s clever pass. At the other end, Pepe, again, missed the ball completely when he was just ten yards out, when he looked certain to score. That was ‘The Ugly’, and VAR wasn’t to blame at all. For all the Gunners’ complaints about the decisions today, if their Ivorian forward had converted this chance, they would have gone home with all three points.

Then came the real drama and VAR got to prove its worth. This was ‘The Good’. Pepe again, who seemed to have more influence in twenty minutes at Turf Moor than his entire Arsenal career to date, had his shot blocked off the line onto the crossbar by Pieters, as those two were the main protagonists of this piece. Marriner pointed to the spot and then showed the Dutchman the red card, for handling the ball off the line.

However, upon second viewing and as Pieters clearly portrayed at the time, the ball deflected off his shoulder rather than his arm and onto the crossbar. “I felt the ball on my shoulder. Clearly it was on my shoulder,” he said after the game but It was an absolutely exceptional piece of defending by the man who may have wished he was a one-armed bounty hunter had the decision been given against him. 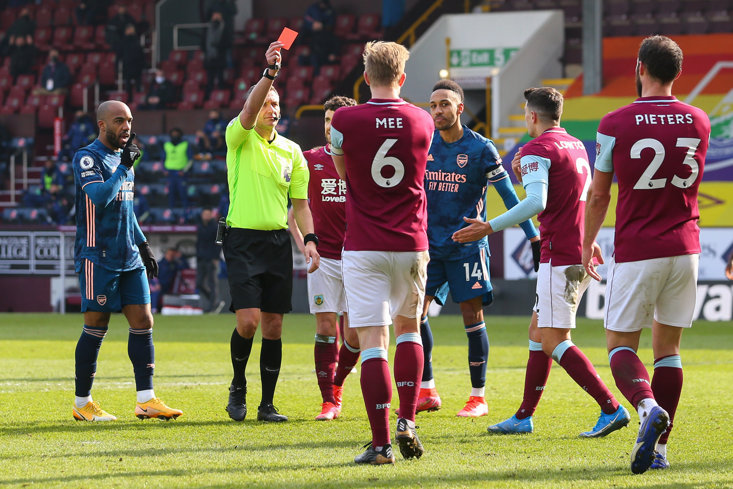 Sean Dyche also threw his support behind VAR, after that particular decision went in his sides' favour. "I'm a fan of VAR, we know it has to be streamlined but that is where it's worth it's weight in gold. The referee couldn't wait to get his red card out today, although he is a very fine referee. That is what VAR is for.”

Arsenal so nearly won it late on, but for Dyche, it was a defensive masterclass. With Burnley bodies throwing themselves in front of the ball at all costs, the ball dropped for Dani Ceballos who whipped his shot against the post from inside the penalty box. It just wouldn’t happen for the Gunners in Lancashire.

This game summed up VAR in its entirety, with all the drama of a spaghetti Western. Perhaps Gennaro Gattuso got it right when he famously said…