Football
News
With 177 Premier League goals to his name, Lampard goes straight into our side
Simon Lillicrap
07:00, 10 Oct 2021

As part of a midfield three, following the inclusion of Roy Keane, we need a goalscorer from the middle of the park. When it comes to putting the ball in the back of the net from midfield, nobody did it better than Frank Lampard. The England man developed an unstoppable knack of arriving in the box at the right time, resulting in him scoring a ridiculous 177 goals across his Premier League career.

That’s more than Thierry Henry, Harry Kane and Robbie Fowler and puts him as the fifth highest goalscorer in Premier League history. His goals were crucial in Chelsea success as they rose to dominance in the top flight, and despite all the heavy investment from Roman Abramovich, it was an £11m signing from West Ham United who would go on to become one of their greatest ever players.

In the Sportsman offices, the debate over who to include in this particular midfield slot was a fiery one. In the end, when it came to big name players that scored crucial goals for their clubs from midfield, it came down to two elite names, and a debate that has run for many years, and flummoxed several England managers. 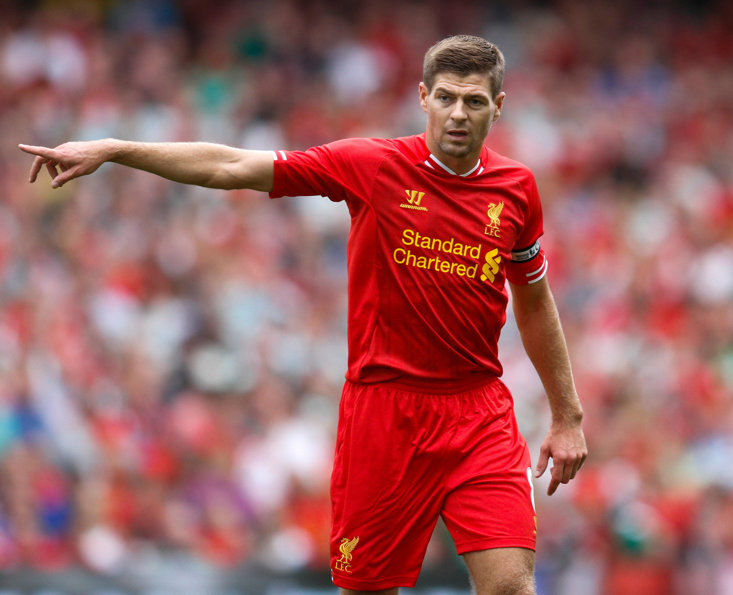 The Liverpool man is a true great of the last 30 years and in this particular office in Manchester, which features fans from up and down the country, he was incredibly popular. On an emotional level, the one-club man is a hero for Liverpool and his role in the FA Cup win in 2006 and the Champions League final in 2005 make him one of England’s finest midfielders.

But as Fabio Capello, Sven-Goran Eriksson and Steve McLaren all proved, they can’t play in the same midfield together. We had to make a decision. Ultimately, this is a Premier League XI and in the Premier League, Lampard just edges it. Now it is fair to say that Gerrard played with worse players than Lampard during his time at Anfield, but the one blot against his name which was fiercely argued by the ‘pro-Lampard’ camp is still inescapable. He has never won the Premier League.

Ultimately, that and the huge amount of goals he scored along with Lampard’s three Premier League titles was enough to sway this decision in Lampard’s favour. Other names were thrown into the mix, but didn’t get close to these two.

The old romantic part of us loved the goals that Matt Le Tissier scored over the years, and his loyalty to Southampton, while the great Gary Speed produced top level performances for several clubs over two decades, but for sheer longevity and influence, our goalscoring midfielder is Frank Lampard.