Our midfield is set to feature some silk, but first we decided to imbue it with some steel. A player who can make the tackles, whose grit, determination and leadership can drive our all-time XI on if they ever find themselves under the cosh. For this role, we have chosen Roy Keane.

Manchester United’s captain for their greatest period of success, he is credited with setting the standards at Old Trafford as Sir Alex Ferguson’s on-pitch lieutenant. Perhaps slightly miscast as a pure defensive midfielder, Keane’s skillset was more box-to-box during a period when 4-4-2 was still English football’s default setting. But there is no denying that the Irishman’s adeptness at breaking up play, and the lost art of tackling, have come to define his career. 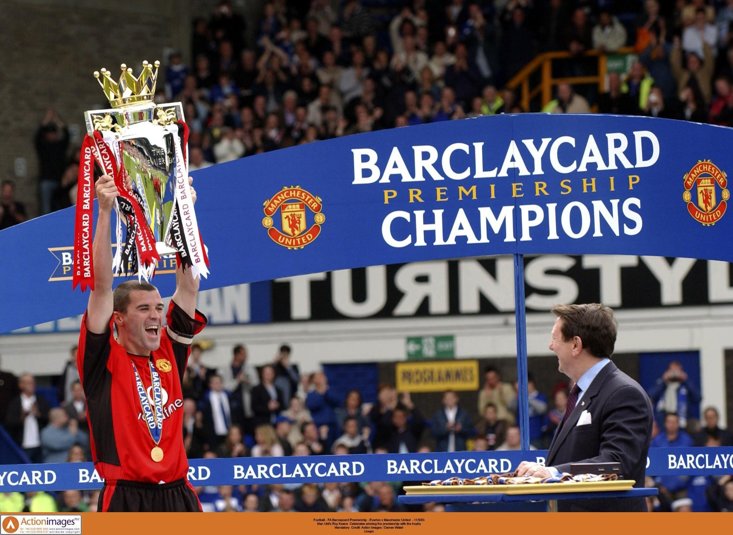 His great rival, Patrick Vieira of Arsenal and Manchester City, was of course also heavily considered. A towering talisman, with a deceptively silken touch, the Frenchman has still never been truly replaced in North London. Across the city at Chelsea, N’Golo Kante continues to be one of the finest defensive midfielders of this era. After proving instrumental to Leicester City’s Premier League title win, he turned the trick again at Chelsea, before adding the Champions League last season.

Chelsea are no stranger to fielding totemic defensive midfielders, having also featured Claude Makelele. A player so influential he had an entire role named after him, Makelele picked up a pair of Premier League titles as part of the initial Roman Abramovich-led revolution of the club.

Roy Keane had an incredibly capable challenger for his role for the majority of his United career. If the former Nottingham Forest man had not been the first name on Ferguson’s team sheet, you imagine Nicky Butt would have played even more than his 270 league games for the club. A six-time Premier League winner at Old Trafford, Butt went on to play for Newcastle United for six years.

Under heated competition, the fiery Keane takes the slot in our team. Stay tuned over the next couple of days to see which two midfielders will be playing alongside him.