On the eve of the release of Sammy McIlroy’s long-awaited autobiography ‘The Last Busby Babe’, feature writer Neil Goulding sat down with the Manchester United and Northern Ireland legend to discuss his incredible career.

In the first of two gripping instalments, Northern Irishman McIlroy talks candidly about how his legendary teammate George Best left him stranded for Miss Great Britain, how he dazzled on his United debut aged just 17 – and what it was really like playing in a team of some of the greats of the game including teammates Sir Bobby Charlton and Denis Law.

Sammy McIlroy needs no introduction to Manchester United fans. The boy from Belfast grew into a giant in a team of Old Trafford superstars.

From making his debut as a starstruck teenager to meeting his hero George Best, McIlroy experienced one of the most memorable careers in football, especially at United. There’s not many players who can say they played with football icon Best and fellow United legends Law, Charlton, Alex Stepney and Brian Kidd. The list could go on. But McIlroy did, and he more than held his own to prove his class at the top level, working hard to become an intrinsic part of the club’s illustrious history. 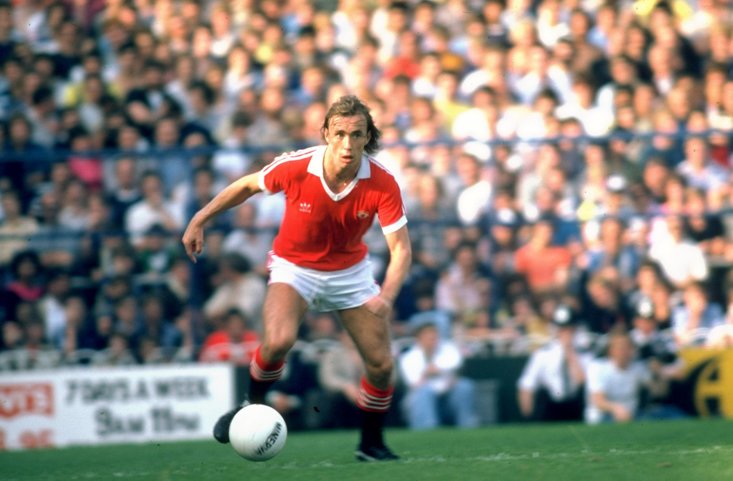 “It’s a great honour for me to be Sir Matt’s last ever signing,” says McIlroy proudly, as we sit back with a cup of tea to discuss his fascinating career – both as a player and a manager.

“Sir Matt was a magnificent man, he really was very special. He wanted to meet my mum and dad when I first signed for the club, and he knew everybody at Man Utd by their first names, even all the apprentices, groundsmen and kit men. He was unbelievable. Sir Alex Ferguson was the same, he knew everyone inside out at the football club. That’s a special quality.

“When I was 16, Sir Matt Busby took me away with the first team to play in a friendly game against Bohemians in Dublin. There were 30,000 people watching the match, the support from north and south to watch United was unbelievable.

“I came on as a second-half sub in that game and happened to score a goal. But the game didn’t finish because the crowd ran on to the pitch trying to get the shirts off our back. That was an unbelievable experience at 16, travelling with the likes of Best, Law, Charlton, Tony Dunne, all these greats.

“What Sir Matt was really renowned for – and I didn’t realise it at the time – was that age was never a problem. If you were good enough, then you were old enough to play, but he also wanted to see how you handled being surrounded by first-team players. Did it affect you or could you cope with it?

“Playing with big names has affected players in the past, but I just loved it and got my head down and worked hard.”

Busby had seen enough then to realise McIlroy was a special talent – and it was to be the start of a special relationship between United's legendary boss and the club.

“On my 17th birthday Sir Matt called me into this office and he said he was delighted with my progress,” added McIlroy.

“I was on £5 a week and that went up to £12 a week when he signed me as a professional. I went up to £17 a week when I played for the first time. Could you imagine those wages now? But what I didn’t realise was that I was Sir Matt’s last ever signing – and he retired soon after that.

“He made you feel a part of such an incredible club – and I’ll forever be grateful for that. You never think you'll play for Man Utd for 13 years. I had an unbelievable career." 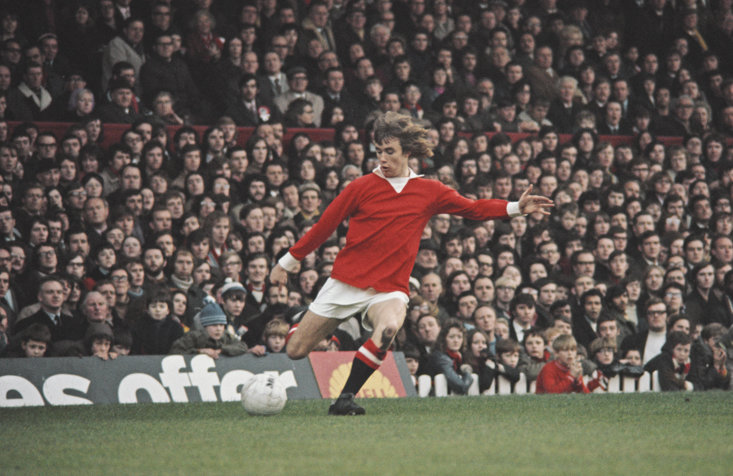 McIlroy made his debut for United on 6th November 1971 in a thrilling 3-3 derby draw with arch-rivals Manchester City at Maine Road. Unsurprisingly, that’s a day he has never forgotten, especially as Best was the first person to speak to him when he walked into the Man Utd dressing room for the very first time.

“When I met the team for the first time, George was the first person to speak to me,” recalls McIlroy. "Bestie said ‘score a goal today and on Monday I’ll bring you a bottle of champagne’. And he did as well!

“Just meeting Bestie was incredible, but I couldn’t even tell my parents or my girlfriend at the time I was making my debut for Man Utd because there were no mobile phones back then.

“It was an unbelievable experience and none of the players like Bestie, Bobby or Kiddo [Kidd] made it a big deal for me, they didn’t put any pressure on me which was great. I ran out onto the pitch, the roar of 63,000 people, I couldn’t believe it. I’ve never known an atmosphere like it in all my life.

“I was thinking ‘Oh my God’ I’m just 17, but the stars aligned. I scored, the match finished 3-3 – and it’s one of the best-ever derbies, everyone still talks about it. What a game! City were a cracking side, as well, Colin Bell, Mike Summerbee and Francis Lee.

“But when we got back I still had to get the bus home – amazing really, on the same day I'd made my debut for Man Utd.”

McIlroy might not have taken the tabloid headlines like playboy Best, especially his teammate’s legendary drinking antics and glamorous girlfriends from around the globe.

Instead, McIlroy did his talking on the pitch, garnering a reputation as one of the club’s most reliable performers.

He and Best became good friends – there was plenty of respect - even though McIlroy remembers fondly the time his countryman left him stranded at a train station in favour of Miss Great Britain.

“I was making my debut for Northern Ireland in Hull on a Wednesday and I’d seen George out in Manchester on the Saturday night,” revealed McIlroy, 67.

“Bestie said to me, I’ll meet you at 9am on Sunday morning in Manchester. Buy the train tickets and I’ll meet you at the station. I said ‘George, that’s brilliant’. I’m travelling to Hull with Bestie, all sorted.

“I get to the station dead early. 8.30, no Bestie. 8.45 and still no Bestie. It was incredible what happened, he didn’t turn up until f**king Tuesday. He turned up with Miss Britain Carolyn Moore and one of his friends.

“But that was Bestie in those days!”

This interview was kindly done in conjunction with Pitch Publishing.

The Last Busby Babe, The Autobiography of Sammy McIlroy, MBE, with Wayne Barton, out on 28th March from Pitch Publishing.