With just over a week to go until the Betfred Super League heads to Newcastle for the Dacia Magic Weekend, Lewis Smith sat alongside Warrington Wolves’ assistant coach Andrew Henderson to chat over the events of this past week in the sport.

First on the agenda of course was reviewing last week’s Rivals Round, an event which Warrington Wolves sadly missed out on. Speaking to Lewis on Betfred’s weekly rugby league show The Last Tackle, Henderson, who is a key part of the coaching staff at Warrington, explained how his side are feeling.

“We were disappointed, we were really geared up to get a response [vs Catalans] after a disappointing result away to Wakefield,” said Henderson.

“We wanted a short turnaround and get fired back into the Catalan Dragons, but unfortunately some Covid cases came out on the day of the game, so we had to miss out.”

The game of the week from Rivals Round came at the DW Stadium as St Helens thrashed Wigan 2-26, but the game didn’t go without incident as early on Wigan lost Liam Marshall to a head injury, before both teams lost a man a piece to the sin bin inside 15 minutes - as James Bentley and John Bateman clashed after Saints gave away a penalty.

It was a night to forget for the Warriors as Saints recorded home and away victories against their local rivals, with an aggregate score of 52-4. You can see the full highlights with detailed analysis on this week’s The Last Tackle, streaming now on Youtube. 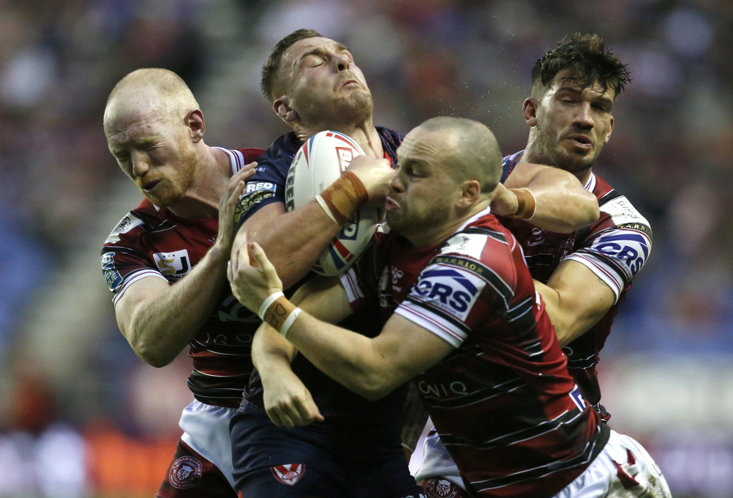 Elsewhere, on Thursday, Leeds Rhinos recorded their 10th win of the season with an 18-12 victory over Huddersfield Giants, Hull FC narrowly beat cross-town rivals Hull Kingston Rovers 23-22, while Castleford Tigers opened the gap between them and Huddersfield with a 23-18 win over Wakefield Trinity.

On Sunday, Leigh Centurions recorded their first win of the season, beating Salford Red Devils 32-22, a win that ended a run of 16 consecutive defeats for the Centurions to cap off a thrilling rugby league Rivals Round.

We can’t discuss this week in rugby league without mentioning the man who made all the grown men in the crowd at Headingley well up.  Rob Burrow MBE made an emotional return to his former stomping ground for the very first time since January 2020 to mark the release of his autobiography, Too Many Reasons To Live, as Leeds Rhinos beat Huddersfield Giants 18-12.

Speaking of his battle with MND and what it means to him to be back amongst the fans, he said: “MND picked on the wrong guy.”

"I can't keep dodging the disease forever but it won't stop me trying.”

“I will never give up,” he told the emotional but cheering crowd, before applause turned into song as he watched on with a huge smile across his face. 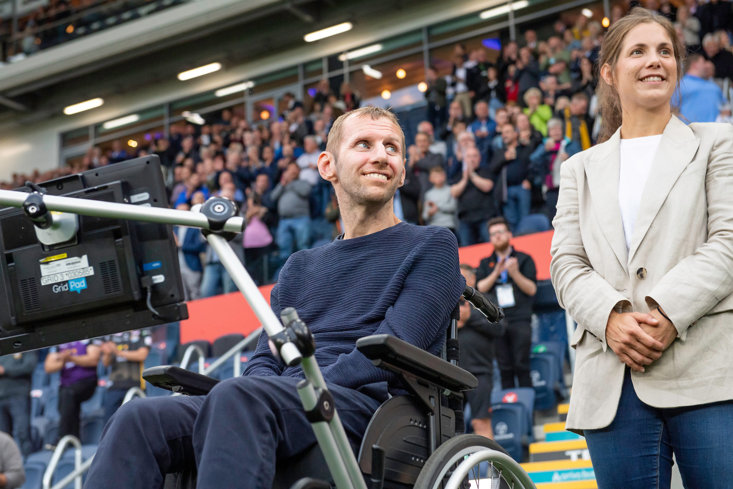 “I just want to say to the best fans in the world, thank you from the bottom of my heart, the support from all the rugby league family makes it without doubt the greatest game in the world.”

Rob Burrow’s autobiography, Too Many Reasons To Live, is out now.

This week, The Last Tackle celebrates one of the game’s finest ever players, Martin Offiah, who we’ve featured once before when studying Wigan Warriors invincibles of the late-80s to mid-90s.

Martin Offiah becomes the latest player inducted into our rugby league greatest of all time series. Before him we’ve seen Adrian Morley, Paul Sculthorpe and most recently Keiron Cunningham. A great series if you’re a bit long-in-the-tooth and enjoy looking back on some fond rugby league memories from days gone by. 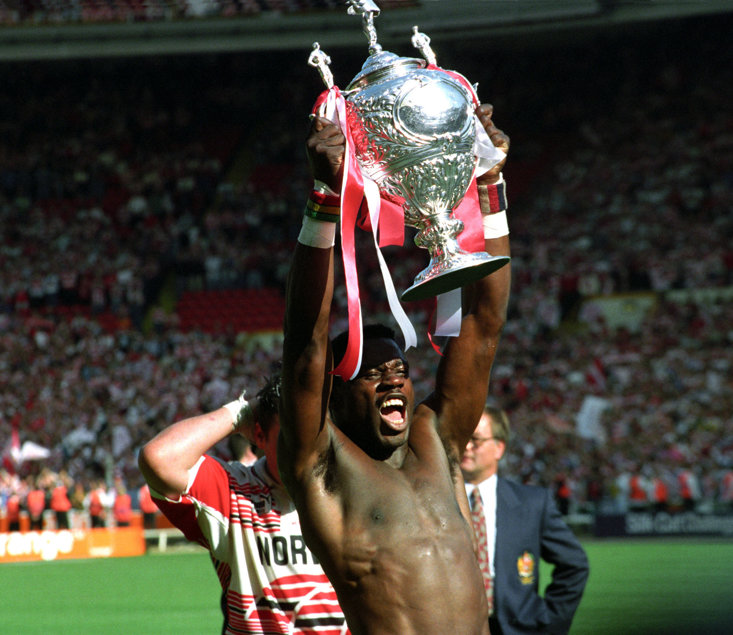 However, we can’t linger on past glories forever, so with that, let’s take a look at this week's Betfred Super League fixtures as we hopefully welcome Warrington Wolves back into the pack after their spate of Covid cases.

Speaking on The Last Tackle ahead of their clash with Huddersfield Giants on Thursday, Warrington coach Andrew Henderson explained: “I’m sure that Huddersfield will have a couple of players back in the fold too, which will certainly help them.

“We always have a tough game against Huddersfield. We need to deliver a response, there’s a lot to play for and a lot of motivation for our boys to right the wrongs after our loss to Wakefield last time out.”

We have a full round 21 of Super League fixtures this Wednesday and Thursday, starting with Wigan Warriors vs Leeds Rhinos on Wednesday night at the DW Stadium. Following that on Thursday August 26th, Salford Red Devils vs Catalan Dragons kicks off at 7:30pm at the AJ Bell, while at 7:45pm we see St Helens vs Leigh Centurions, Huddersfield Giants vs Warrington Wolves, Hull FC vs Castleford Tigers and Hull KR vs Wakefield Trinity to complete the set.

The Last Tackle streams every Wednesday throughout the rugby league season at 6pm on The Sportsman’s YouTube channel.