Football
News
Many questioned the wisdom of the signing, but this is why you buy Cristiano Ronaldo.
Joey Mills
22:25, 29 Sep 2021

Why do Manchester United need Cristiano Ronaldo? Nights like tonight answer that question emphatically. When the chips are down, as they were when United were thoroughly out-performed and lucky to be drawing 1-1 with Villarreal, players like the Portugal international are invaluable. With just one win in their previous four games, and a manager who has been under increasing pressure after poor performances, Ronaldo arrived to provide salvation, sending Old Trafford into raptures. A breathless end to a difficult evening for the hosts.

Villarreal looked by far the most dangerous team in the first half, creating chance after chance. Former Bournemouth man Arnaut Danjuma was inspired, using clever trickery and tireless pace to twist Diogo Dalot’s blood. The right back, deputising for the suspended Aaron Wan-Bissaka, let Danjuma have a free shot at David De Gea early on, but the winger made the wrong choice trying to chip the Spaniard. Shortly after, the Nigerian bewitched Dalot again and forced a great diving save from De Gea. The running battle between goalkeeper and wide man continued, with Danjuma outmanoeuvring the United defence and crossing for Paco Alcacer, drawing another top drawer stop.

Alcacer was a constant threat, but failed to make his first-half opportunities count. The former Barcelona poacher had a great opportunity to break the deadlock when he sent Raphael Varane the wrong way and latched onto a long ball. The finish looked straightforward, but the Spain international dragged his shot wide. 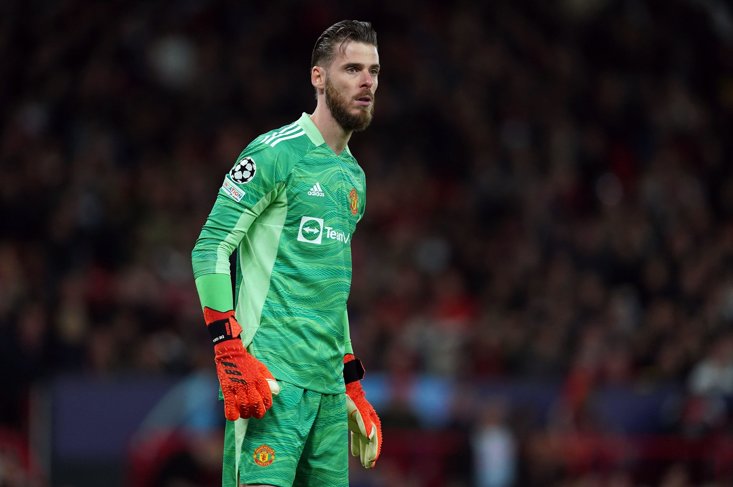 Ole Gunnar Solskjaer’s men lined up in a 4-3-3 formation, with Scott McTominay as the sole holding player. In theory this was supposed to free up Bruno Fernandes and Paul Pogba, but had the adverse effect of causing the Portuguese playmaker to operate too deep. He played some tremendous long balls forward, including a superb pass out to Jadon Sancho on the left, who cut inside and won a corner. Pogba also had most of his success from deeper in midfield, and his medium and long range passing was excellent. The pick of the bunch was a sumptuous ball over the top to Bruno in the box. Fernandes outmuscled ex-Liverpool man Alberto Moreno, before crossing for Cristiano Ronaldo. The angle was impossible, even for him, but the former Real Madrid forward still managed to draw a save.

These chances were few and far between however, and it was well after the half-hour mark before United mustered a shot on target. Even then, it was a speculative effort from wide on the left by Pogba that went straight into Geronimo Rulli’s gloves. Despite a loud and supportive Old Trafford crowd, who pointedly sang pro-Ole songs all night long, United operated like an away side. Villarreal had the attacking initiative, while the Red Devils largely sat back and let them play.

Danjuma exploited the deficiencies of United’s makeshift back for again after half time. This time from the left, the winger crossed for Alcacer who adeptly finished to give Villarreal a deserved lead. The superhuman De Gea was the only reason they had waited this long to register, and even the supreme Spanish stopper could do nothing about this goal, as he saw his defence part like the Red Sea and invite the striker to shoot.

Finally the sleeping giant creaked into life, with Fernandes smashing a powerful shot wide from distance. The playmaker then whipped in a superb free kick from the wide right position, finding Alex Telles on the far side of the box. The left back struck a superb first-time volley past Rulli, a spectacular first United goal for the Brazilian. The Old Trafford crowd thundered United on, buoyed by their team getting back into the game. From here the performance improved considerably, as the Premier League side suddenly looked the most likely to score again. 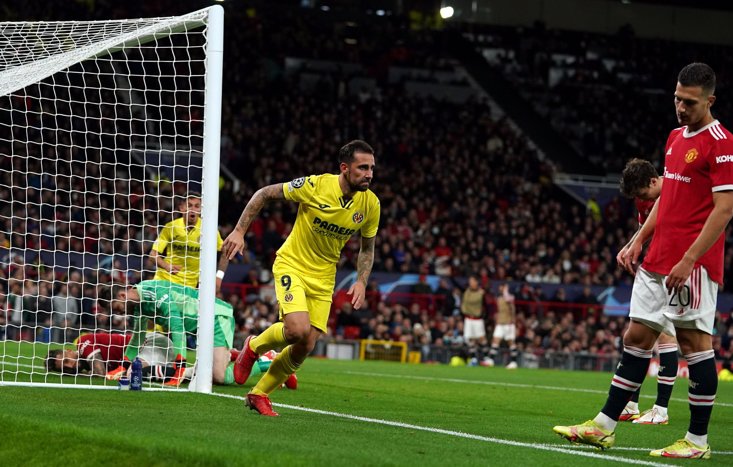 Sancho slipped in a good central position, and his shot squirmed into the keeper’s arms. Mason Greenwood found substitute Edinson Cavani with an excellent cross, but the Uruguay international put his header wide. De Gea snuffed out the last great Villarreal chance, making a superb double save before Telles blocked a third shot. From here United turned up the heat further. Ronaldo, quiet until this point, crossed for substitute Jesse Lingard, who stabbed a shot at Rulli.

It looked like time would run out on Solskjaer’s men, and the manager could have been forgiven for preparing his post-match excuses in his head as injury time began. Inconceivably, those words would go unspoken. Instead, Fred would play an enticing cross to Lingard, who headed into the path of Ronaldo. The angle was difficult, but crucially, not impossible. This was all Ronaldo needed, as he slammed the ball home despite a glancing touch from Rulli. If Old Trafford had a roof, it would have blown so far into the sky it might have met Fernades’ penalty from the Aston Villa game.

Many questioned the signing of Ronaldo, wondering where he would fit in United’s galaxy of attacking stars. They were right to do so, as tonight’s hosts are yet to click going forward. But on nights like tonight, highly-paid footballing megastars pay for themselves. After the Young Boys defeat, tonight was a must-win game. And there are few footballers you’d rather have in a must-win game than Cristiano Ronaldo.