Football
News
The Red Devils may have reached a point where it is futile to keep trying to appease a player who simply does not want to stay
Joey Mills
19:32, 13 Oct 2021

Another world class performance from Paul Pogba helps seal another piece of international silverware for France. People ask why he doesn’t do this for Manchester United, others speculate on which European giant he’ll move to when he inevitably leaves Old Trafford. Stop me if you’ve heard this song before. This is becoming as routine as Ryan Reynolds greeting his goldfish in Free Guy. It just happens, and we accept it. The Paul Pogba transfer saga is just part of the background noise of football, along with questionable, oil-rich owners owning Premier League clubs or Cristiano Ronaldo breaking an international scoring record.

While he has started the season brightly for his club, there is still a prevailing sense that United should be getting more out of their superstar. But even if Old Trafford was graced by the very best Paul Pogba, perhaps the France Paul Pogba, on a weekly basis, there would still be cause for consternation. The reason being that Paul Pogba or his ever-present agent Mino Raiola tease a transfer constantly. There have been winks at Paris Saint-Germain, come-and-get-mes at Real Madrid and the latest, an “I like Turin!” to Italian outlet Sport Mediaset last week.

The situation was always likely to rear its ugly head again this season, as Pogba continues to procrastinate on signing a new United contract. His current deal expires in June 2022, and while L’Equipe have reported the midfielder is keen to stay at Old Trafford, his words last week suggest he’s keeping his options open. Pogba told Sport Mediaset, “I always speak with former Juve team-mates like [Paulo] Dybala. I’m in Manchester now, I’m under contract until June then let’s see. I want to complete this season at the best level, then we will see.” 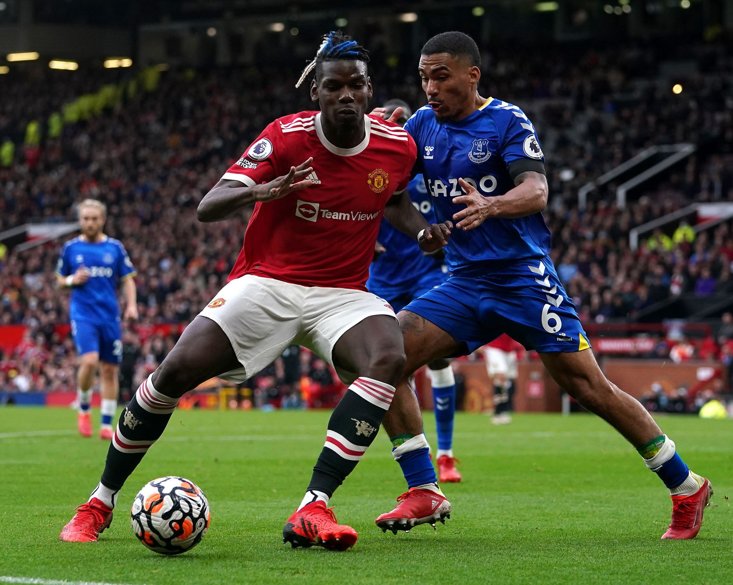 At this point it should be stressed that Paul Pogba is well within his rights to choose any club he wishes to play for, and is available to sign pre-contract terms as early as January. This is his prerogative as a player with an expiring contract. But Manchester United fans are well within their rights to feel the way they do about a player who has appeared to have one foot out of the door ever since his heavily marketed “#POGBACK” second coming at Old Trafford.

Pogba has started the season well, registering seven assists in as many Premier League games so far. On the pitch, there is every reason for United to try and sign the player to a new contract. Having proven himself as an option in an unconventional wide-left role, as well as in central midfield, Pogba is an asset for a team with title ambitions. At the same time, if he does sign a new deal, how long before Mino Raiola talks up a move to whichever cash-rich European giant needs a midfield boost?

Every narrative around what it would take for Pogba to stay has been fulfilled at various points in time. It was reported he wanted to be the main man whom the team was built around. When the team was built around him, it was revealed he wished to be surrounded by world class players. He now counts the likes of Bruno Ferandes, Cristiano Ronaldo and Raphael Varane amongst his teammates. The former Juventus man wished to be freed from defensive duties, and given a role with creative freedom. This season, Solskjaer has often deployed him in a wide left role, leaving his midfield running to Fred and Scott McTominay. Still, the rumours of his departure rumble on. The Pogba/Raiola camp continue to put obstacles in United’s way, that magic formula to “unlock” their club-record signing.

In truth, as an expensive star acquisition he should not need unlocking, Paul Pogba should be fully-formed and committed to the cause. He is committed to the France cause, and has the World Cup and Nations League medals to prove it. But until Manchester United can get full buy-in from the mercurial midfielder, until they can eliminate the flirtations with PSG, Juventus and Real Madrid and get Paul Pogba to focus on his work, they will not see the same player who dazzles internationally. United may have reached a point where it is futile to keep trying to appease a player who simply does not want to stay.