“The upper class desire to remain so, the middle class wish to overthrow the upper class, and the lower class want a classless system.”

It’s been over 70 years since we lost the iconic novelist George Orwell, yet his words still ring true. Not just in society, but in elite level sport. The Premier League is now at its zenith, and has blossomed into the most lucrative and powerful division in world football and this has led to the emergence of an ever-growing middle class.

Those at the top have everything. Money, power and influence, and the likes of Manchester City and Liverpool are now dominating European competitions. The best managers in the sport now flock to these shores to manage some of the finest talents, and reap the financial rewards that England’s top flight can offer.

The rich have never been so rich. But this has also paved the way for a bloated, and increasingly strong underbelly of ‘middle class’ teams. This season’s Premier League has a familiar feel to it and represents the disparity between the ‘haves’ and the ‘have nots’, but it also features a huge group of sides who sit somewhere in-between.

There’s the predictable top four, followed by a pack of clubs, including Arsenal and Tottenham who are still attempting to cling onto the coat-tails of the behemoths at the top. West Ham look as if they will fade away from the Champions League fight, but as Wolves host Leicester City, we can assess two further clubs that sit firmly within this bracket.

Wolves have been utterly superb this term and the arrival of Bruno Lage has taken them up a level after the departure of Nuno Espirito Santo. They harbour genuine hopes of finishing in the European places and boast the second strongest defence in the league. They are the perfect example of a recently promoted side that has made the leap into this new middle class, that is now stronger than ever before.

2016 champions Leicester City have found their consistency over the past few years and established themselves as European contenders every single season. They may be some way off Wolves this term and Brendan Rodgers is coming in for some criticism, but this is a side that has grossly over-performed in recent years. 11th in the Premier League for Leicester is still a respectable season.

West Ham have taken their place as the league’s over-performers this term, but everywhere you look in mid-table, there is strength. Graham Potter’s Brighton and Hove Albion and Ralph Hassenhuttl’s Southampton have gained plaudits recently, with the respective managers elevating their teams into the top half while other clubs have caught their eye. 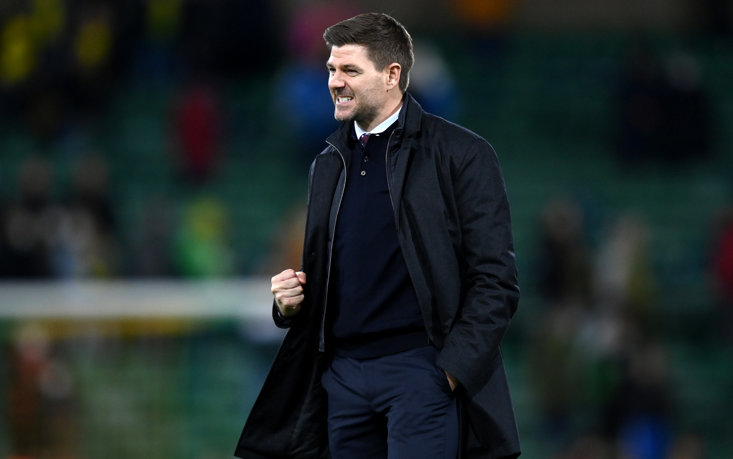 Steven Gerrard has impressed since he arrived at Villa Park

Aston Villa’s winter change saw them bring in Steven Gerrard as boss and flex their financial might by signing Coutinho and Lucas Digne, while in his debut season, Patrick Vieira has coaxed some good results out of a Crystal Palace side that features some spectacular young talents.

Then we come to the bottom third of the table, which features three teams who are far too strong to go down. Arguably, you can include all three in the Premier League’s ‘middle class’. Everton have turned a corner under Frank Lampard and have European pedigree, while Newcastle United’s winter spending has already paid off on the pitch and they are set to embark on a march away from the bottom three. Meanwhile Leeds have suffered from second season syndrome, but have all the components to establish themselves again in the top flight, including an elite level manager.

So where does that leave us? Four elite clubs that will never finish below 8th. Twelve clubs in the ultra-strong middle class that are only increasing their spend and ability to attract elite players, and just four clubs in genuine danger of relegation.

Brentford, Norwich, Watford and Burnley. Three newly-promoted teams and the ever-frugal Burnley. Three of them will go down this season to be replaced by recently relegated Fulham, Bournemouth and one other - as that trio will attempt to make the almost-impossible leap into this middle class. The points needed to stay up is trending downwards, as these clubs now struggle in mismatches with the top ten, and this trend shows no sign of stopping, even if we get the odd anomaly.

With every season that passes, those in that group become stronger, and more comfortable in their status. Only gross misspending or mismanagement -  such as what we have seen at Everton this term - will take a team close to those relegation spots, but aside from that, survival should be relatively comfortable.

With the emergence of perennial relegation battlers Newcastle as a financial force, the growing middle class just gained one more member. The Premier League is stronger than ever thanks to this middle class, but at both ends, it is arguably the least competitive it has ever been.

“The rich are those who play to win. The middle class plays not to lose.” - Robert Kiyosaki.