Football
News
It is not just on the pitch where Chelsea need to improve
Andrew Dillon
14:20, 24 Jun 2022

Thomas Tuchel is nicknamed The Professor for the sharp mind and logical way he approaches football.

Unfortunately, Chelsea fans have yet to see that formidable brain engage successfully in the transfer market. And that is something the German needs to put right in the coming weeks and months of the most important transfer window for years.

Tuchel has won the Champions League and the Club World Cup since assuming control of a struggling Chelsea side in January 2021. There is no doubt that his man-management and tactical approaches to the game are second to none. But in his near 17 months as Chelsea head coach he has signed only two players. And both have left already.

The excruciating season with striker Romelu Lukaku must go down as one of the worst bits of business in Chelsea’s recent history. At £97.5 million everyone had a right to expect the powerful Belgian to hit the ground running and transform the club into genuine title contenders. Yet in reality Lukaku and his coach hit a brick wall and it would not budge.

Sources in the Stamford Bridge dressing room were hinting this week as Lukaku packed his bags to return to Inter Milan on loan that he will hardly be missed.

They point to one standout game against Arsenal - Lukaku’s first of the season in which Chelsea won 2-0 and the new man scored. After that it was a steady slide in the wrong direction. Picture a fully inflated helium balloon slowly contracting and that was Lukaku’s season. 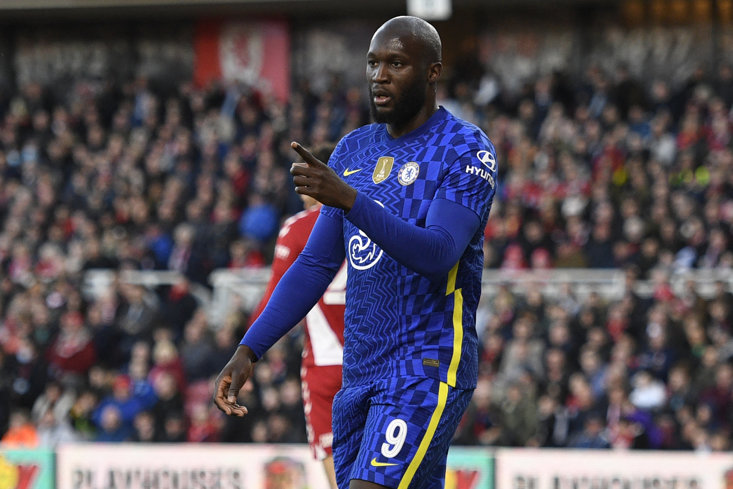 Tuchel is simple but effective in the way he manages players. And takes great pride in that. Never afraid to confront difficult issues such as lack of game time or squad members who wish they were somewhere else. It’s surprising that a man so grounded and so adept at dealing with personalities has managed to get it wrong so badly in his search for new players.

The loan signing of midfielder Saul Niguez would have been a far greater problem had it not been a temporary deal for a relatively low loan fee. Chelsea’s transfer managers had been tracking the one-time Spain midfielder for the past ten years but only got the go-ahead to get him once Tuchel arrived.

Subbed off at half time on his debut, the Atletico Madrid man never fully regained his confidence and his season in England coughed and spluttered along until he drifted back to Spain with little fanfare.

For a coach who places personality traits so high on his list of priorities when dealing with his team, it is remarkable that Tuchel got these two deals - his only deals so far in England - so badly wrong. This is assuming he has the say on who comes in and who goes out of course.

The departure of owner Roman Abramovich marks a key turning point in Chelsea’s working practices and Tuchel needs to seize the moment. For years, the club was a one man band. Hiring and firing managers on a whim, exercising total control over all aspects of the running of Chelsea as and when suited fit. In this way, Abramovich was guilty too of some terrible signings for a club financed like a multinational corporation yet managed like a benign dictatorship.

The signing of Ukrainian striker Andriy Shevchenko was an Abramovich move - against the wishes of then manager Jose Mourinho. No shock it turned out to be a disaster. And in some ways painfully similar to the Lukaku sorry saga.

Abramovich became enamoured with Shevchenko watching him blitz his way around Italy’s Serie A for AC Milan. One hundred and twenty seven goals in 208 games clearly bedazzled Chelsea’s billionaire benefactor. Mourinho, the expert in football here, clearly felt otherwise but was outranked. Shevchenko was signed for £31 million in 2006  - a record at the time like Lukaku - and it went downhill from there.

Two years later he was back at Milan, mirroring Lukaku’s return to Inter with his tail between his legs. Mourinho had been sacked by Abramovich by then too.

Chelsea is now being run by a committee. A group of American financiers, investment bankers, UK property developers. Tuchel should be able to exert more of his influence on a board of directors that will have votes and a sense of democracy. To impress them he will need to do his homework better on who really suits his future plans and the mental photofit for what is required at Chelsea under him.

It is not just on the pitch where Chelsea need to improve.