1993: The year of Jurassic Park, Slick Willy Clinton entering the White House, the first Horrible Histories book being published, and Manchester United winning the first of their 13 Premier League titles.

Importantly in the wider context for football fans, their sporting landscape had just been changed, seminally it would turn out. The previous year, the European Cup had been rebranded into the UEFA Champions League. The most prestigious club tournament in the world had had a facelift.

Now the UCL was gearing up to its first final.

A question to either provoke ire or smug grins at pub quizzes, it was Olympique de Marseille who took home Ol’ Big Ears that inaugural UCL season and, as of 2019, Les Phocéens still remain the only French club to have won a top European trophy; a 1-0 win over the AC Milan behemoth at the Olympiastadion in Munich, a historic complement of their (later-revoked) Division 1 title win that campaign.

Over in the north-west of England in the very same season, Accrington Stanley - in the seventh-tier of the football league system - reached the Second Round Proper of the FA Cup before losing 6-1 to league side Crewe Alexandra at Blackburn’s Ewood Park ground.

That FA Cup game attracted 10,801 spectators, the highest FA Cup attendance of the day. Stanley finished the season in sixth in the top division of the Northern Premier League.

July 11 2019: Over a quarter of a century later, 1266 fans, including a sprinkle of Olympiens and a few of The Sportsman’s socially-bereft football fanatics, witnessed Stanley produce a memorable 2-1 win over Marseille. 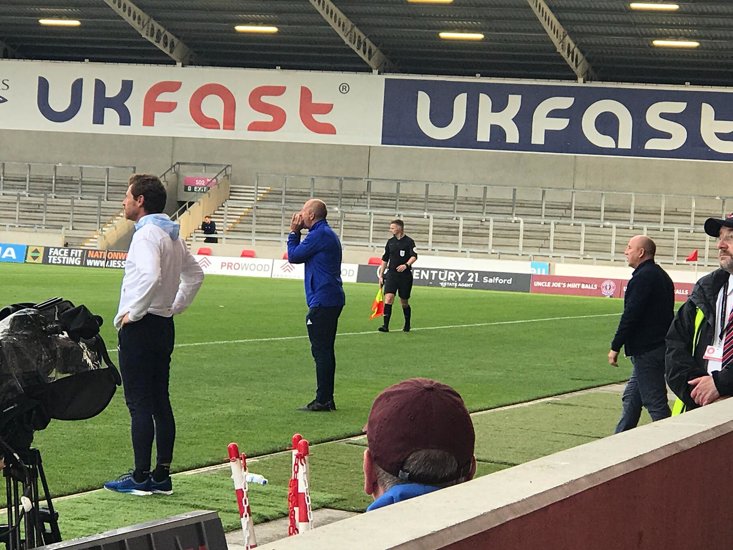 A tale of two managers.

Stanley, now in the Football League One after a monumental rise under owner Andy Holt and manager John Coleman had beaten the nine-time French champions; one of the most peculiar results of the season before the season had even began.

The venue had been brought slightly down south from Accy’s Crown Ground to the AJ Bell Stadium; a kick-off time of 6pm (GMT) meaning it was a frantic drive from Sportsman HQ to witness Dimitri Payet, Kevin Strootman, Hirokai Sakai et al take on Coleman’s men.

A model Mancunian monsoon-level downpour not only delayed a determined drive from Manchester City Centre but also the start of play on the converted rugby pitch. A wet tenner paid at the gate would perhaps have been reasonable to watch a training session.

The cosy coterie of Marseille fans pitched camp in a remote corner of the 4000 capacity West Stand, the only of the four to be open. Advertisements for Orange (who sponsor Marseille Stade Velodrome) and Uber Eats (the new sponsor of the French Ligue 1) streamed across the far side of the pitch, in view of the couple of television cameras broadcasting to la nation française.

It was only the second game for former Chelsea and Tottenham Hotspur gaffer Andre Villas-Boas who had returned to management after a Dakar-Rally centric hiatus. The Portuguese was now in the Marseille hotseat to take over from Rudi Garcia, with fellow Blues’ alumnus and compatriot Ricardo Carvalho alongside him. Sadly, there was no return for Mario Balotelli, the charismatic Italian menace having officially left Marseille the day before to become a free agent. 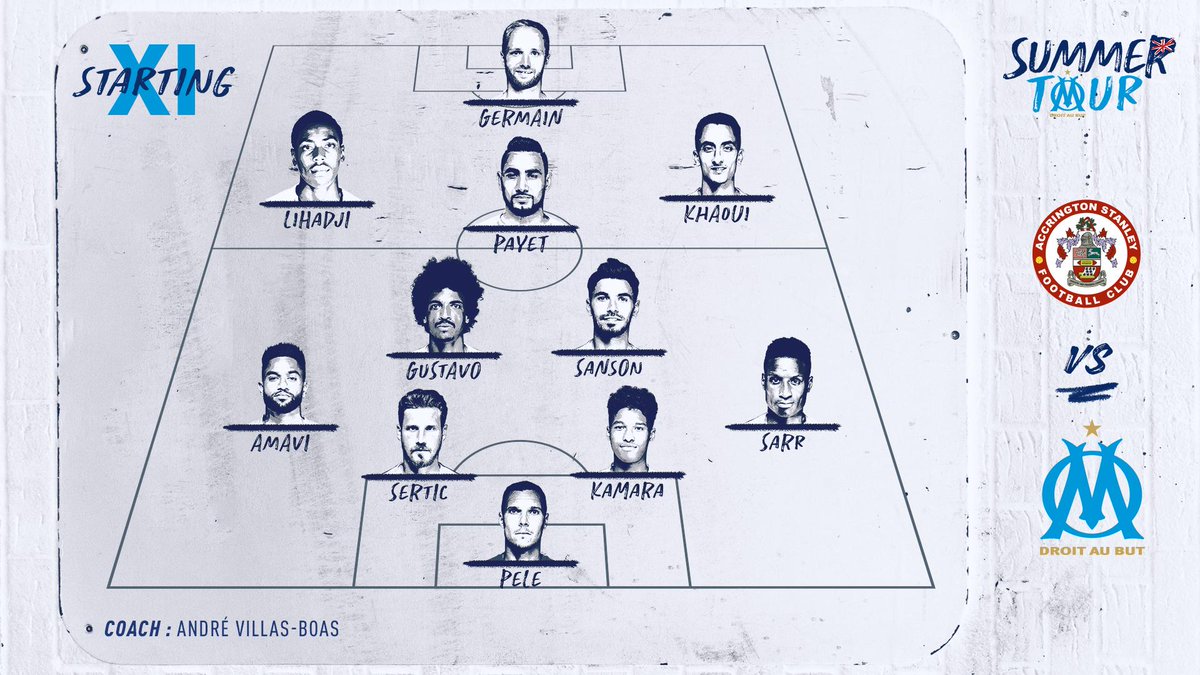 In the shadow of the imposing M60 Barton Bridge and within walking distance of grabbing an M & S Pizza Deal at The Trafford Centre on the way home, it was easy to take in what a brilliantly peculiar event of a match-up had been added to the pre-season footballing calendar, even without the downing of a couple of reasonably-priced alcoholic beverages.

AVB shaking Coley’s hand, perhaps envious of the longevity of the Liverpudlian’s career; Strootman - last year helping to embarrass Messi, Suarez, Iniesta & Co in the Quarter-Finals of the UCL with Roma-  was now avoiding a hipster-dweeb’s eye-line and unabashedly deciding not to reciprocate an enthusiastic wave. Maybe the midfielder was concerned about the relatively lackadaisical fashion of the technical area.

And then, there were two goals courtesy of Stanley’s Sean McConville and Offrande Zanzala, leading to a flurry of phone snaps at the scoreboard.

Strootman had been long-linked with a move to Manchester United. The Netherlands international won’t likely want to visit the area again after his second-half appearance, even getting involved at one point in a bit of argy-bargy with the aggressively determined Accy back-line. Florian Thauvin - a World Cup Winner with France in 2018 - added some much-desire spice to the last portion of the game with what ultimately turned out to be a consolation goal and at least give the pocket of Olympiens something to treasure. However from enjoying a racing-centric sabbatical, Andre Villas-Boas now has to ‘rally’ the troops ahead of the new season.

Meanwhile, it was a historic day for the Lancashire club that unquestionably would have encouraged ahead of their 19/20 campaign. This may have only been a friendly, but try telling Stanley fans that. 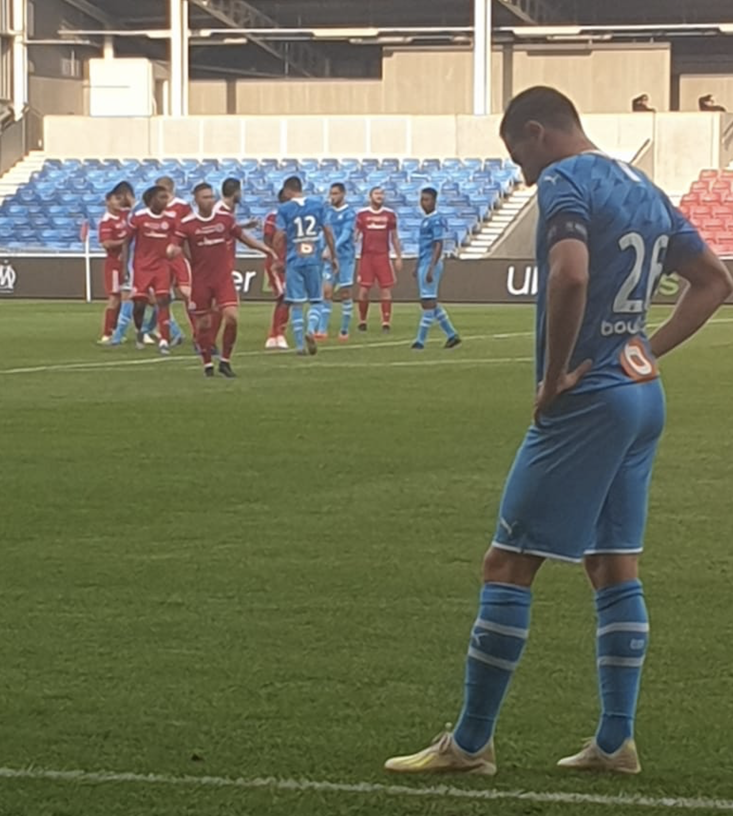 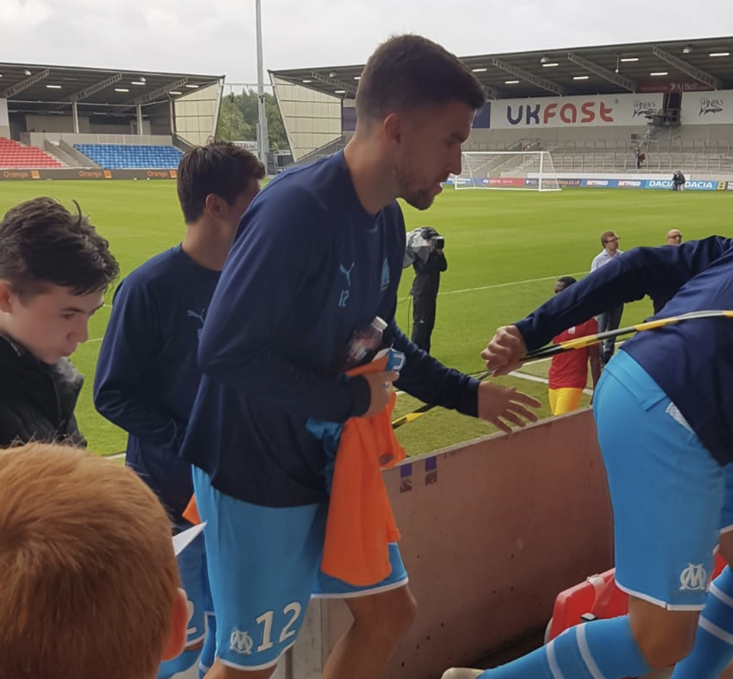 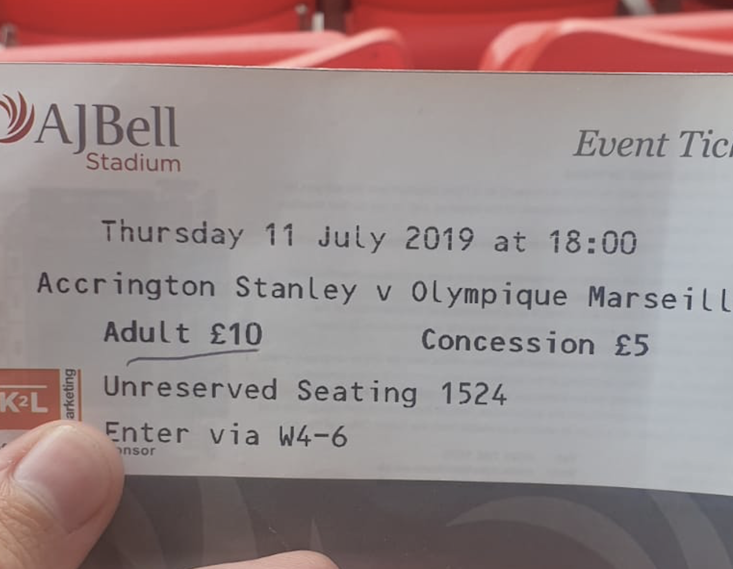 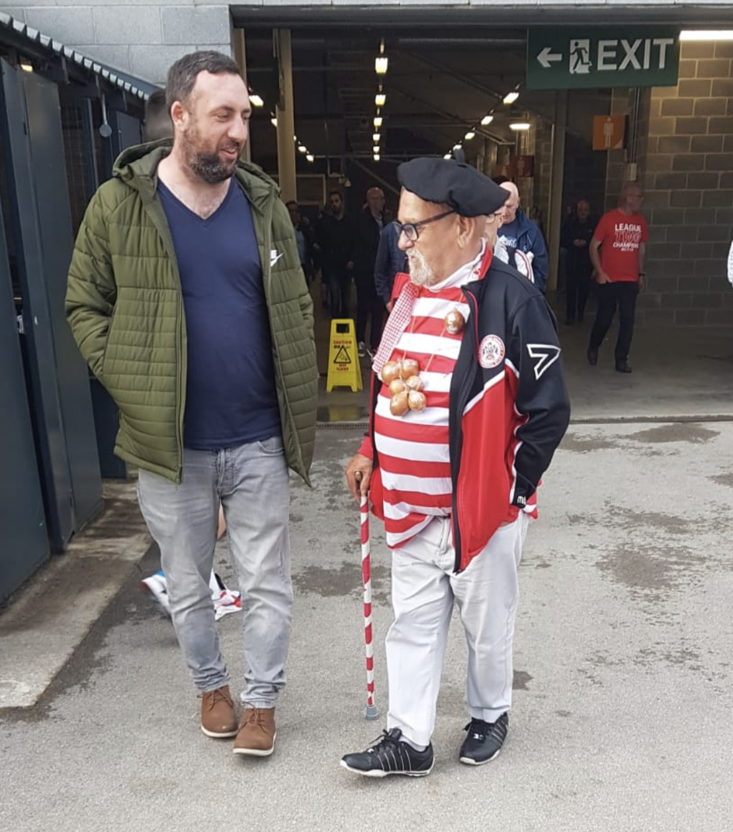