With the new Premier League season almost upon us, Nottingham Forest's return to the top flight and busy summer of spending have had everybody talking.

But as they head to Newcastle United for their first game in the top division in 23 years next Saturday they will have every right to feel confident in collecting three points first up. And that's because they have the greatest Premier League win percentage on the first weekend of a season out of all 41 clubs who have spent five or more years in the league since its 1992 formation.

Steve Cooper's men might be stepping into new territory, but their predecessors have had quite the impact on previous campaigns. Their first ever Premier League game was the inaugural live fixture on Sky Sports, with Teddy Sheringham netting the only goal in a home win over Liverpool. And even though they were relegated that term, they bounced straight back and recorded a 1-0 victory at Ipswich Town in their return game in 1994. They have also won games away to Southampton in 1995 (4-3) and at Coventry City the following year (3-0) as part of a record of four wins in their five Premier League openers.

That 80 per cent record puts them clear of the rest of the pack, as you can see... 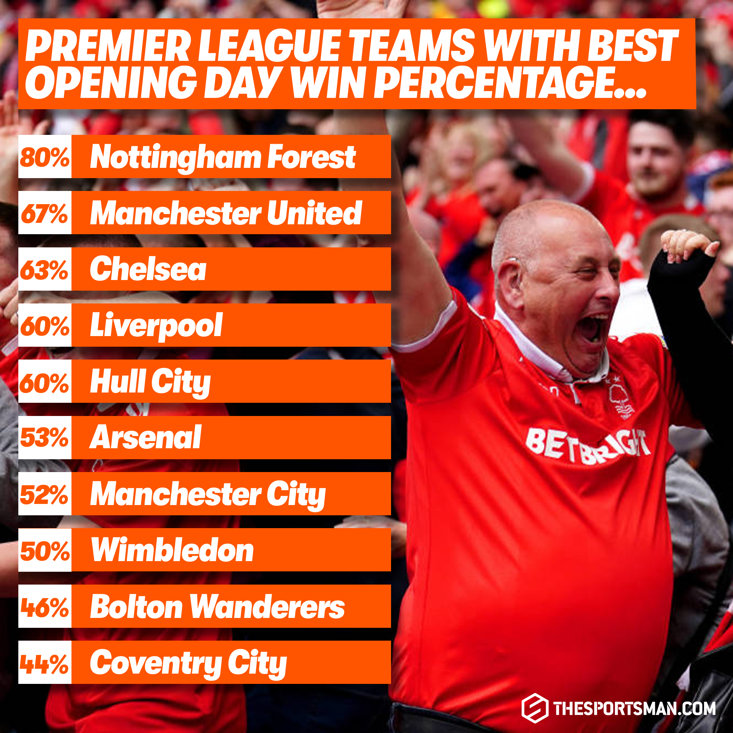