England secured a 1-0 win over Austria in the Euro 2022 opener in Manchester, as Beth Mead scored the only goal of the game to give Sarina Wiegman’s team all three points.

As 68,871 people sang the national anthem, even before a ball was kicked this felt truly momentous. In front of a record crowd for a Women’s European Championships Old Trafford was the perfect stage of the dawn for a new era and Manchester delivered a message to the world. Women’s football has broken through into the public’s consciousness.

The fireworks had gone off ahead of kick-off and the party had begun in the stands, but the players had to deliver on the pitch and when Mead scored the opener, she nearly took the roof off the place. Old Trafford has been a place of depression, misery and anxiety in recent years as Manchester United's men struggle to inspire, but tonight it was transformed.

The ‘Theatre of Dreams’ nickname has never seemed so fitting. There were a huge number of children in the crowd and all of them will have been inspired by what they saw tonight. For young girls in particular, this match will have unlocked a world of possibilities that simply weren't available a decade ago. You can grow up to be a professional female footballer and you can play for England.

It wasn’t the perfect start as Austria, with seven wins out of their last eight, tried to take advantage of the early nerves, but Mead’s opening goal felt like a cork popping out of a champagne bottle. Having been left out of the Olympics squad last year, this was the perfect comeback but it was just a continuation of the sensational form the Arsenal forward is in. She has now scored 15 in 14 games for the Lionesses since Sarina Wiegman took over and has been electric in recent months for her country.

Mead's goal was a wonderful finish, but didn’t come without drama. She ran onto a through ball and lofted the ball past Manuela Zinsberger, and despite the defender’s best efforts to clear, goal line technology awarded the goal - after an additional VAR check. Finally this giant crowd could celebrate and the Euro 2022 bonanza had begun.

Lionesses
@Lionesses
YESSSS 🙌
A winning start at #WEURO2022 for the #Lionesses! 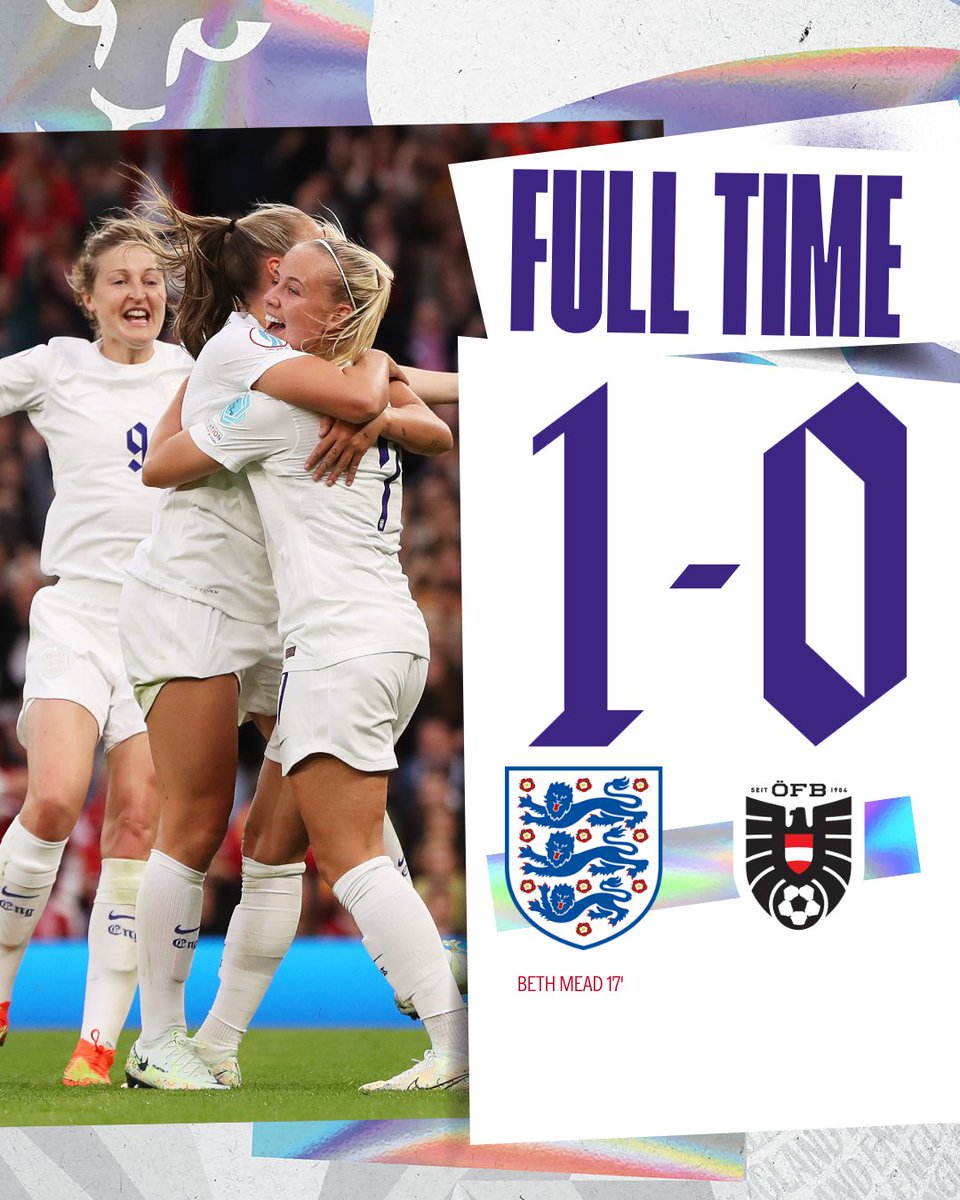 Fifteen of England’s last 16 goals had come in the second half so this was uncharted territory for this side, but the goal helped calm any nerves amid a chaotic atmosphere. Wiegman’s side settled and a wonderful move saw the vibrant Fran Kirby feed Lauren Hemp down the left and she found Ellen White in the middle but her diving header just went wide.

We didn’t see enough of this free-flowing England on the night but it was a small glimpse of what they can do. Kirby and Hemp combined once more and the Man City forward got her effort away but she was denied by a terrific save from Zinsberger, who won the Golden Glove in the WSL with Arsenal last season and showed her class tonight.

The second half was a nervier affair as the Lionesses failed to find that second goal and Austria came back into the tie. As we saw in the warm-up games, England’s strength lies in their depth. Chloe Kelly, Alessio Russo and Ella Toone freshened up the side but it was the defensive solidity that earnt the win.

Mary Earps kept her good form going with two clever stops but it was a comfortable finish for this England side. Five more wins will secure them the European Championship trophy they so crave, but this was a positive start to the tournament.

If it was positive on the pitch, it was a roaring success off it. The attendance broke the previous record for this tournament by almost 20,000 and the youngsters in the crowd won’t even realise how pivotal this game was. The Theatre of Dreams has never sounded so good.