Rugby League
News
After Australia and New Zealand pulled out of the Rugby League World Cup, there are question marks over what happens next
Lewis Smith
12:00, 22 Jul 2021

Disappointed, angry, let down. All emotions that I’m sure I shared with Rugby League fans around the world this morning when I woke up to the news that Australia and New Zealand have pulled out of the World Cup.

I love international Rugby League, it is, and always should be, the pinnacle of this great game. It’s also the key to developing and growing the game, beyond our traditional strongholds.

RLWC 2021 was shaping up to be an amazing trio of tournaments, with the men’s, women’s and wheelchair sides all taking centre stage together. Some of the most recognisable sporting venues in the world had been chosen to host fixtures; Old Trafford, The Emirates, Anfield and St James Park just to reel off a few.

This country last hosted the tournament in 2013, and it was brilliant. Supporters still speak of nights like Fiji vs Ireland in Rochdale, the colour brought tothe competition by fans from the likes of Samoa, Tonga and the Cook Islands, and of course Shaun Johnson’s heart-breaking winner in the semi-final against England, in front a 70,000 strong crowd at Wembley. That last one still hurts. 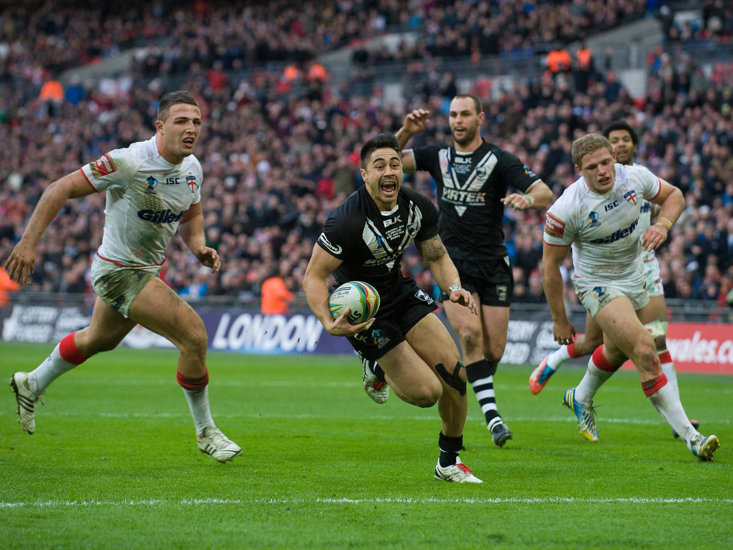 After a torrid year and a half, this World Cup was a much needed silver-lining for rugby league fans.

This decision wasn’t completely unexpected. Even after the tournament organisers announced their intentions to stage the tournament as planned a few weeks ago, there were still question marks about whether the big hitters from the Southern Hemisphere would be joining the party. I completely understand the complications involved as well.

Of course we don’t want players travelling here and getting Covid. Rates are high at the moment and we’ve seen the chaos caused in recent weeks in the Betfred Super League. Creating a secure, risk-free environment would undoubtedly have financial implications.

There are probably close to 100 players, coaches, staff and administrators that would have to make the trip halfway around the world, and that’s not including the NRL players who are representing nations other than Australia and New Zealand.

With the ever changing landscape of travel restrictions, vaccination rates, and varying levels of Covid; both associations were faced with a logistical nightmare.

There’s also an emotional factor to this. With large parts of Australia now going back into the lockdown, the NRL have shipped their entire competition out to Queensland, displacing players from family and friends, and forcing them to live their lives inside secure bubbles, and that’s before you get to the New Zealand Warriors, who have spent the large bulk of the last two years on the road. Adding another two months is a big sacrifice.

I get all of these things, and yet, it just doesn’t seem like that’s what is really behind the decision.

The ‘should they/shouldn’t they come’ argument has been playing out quite publicly in Australia in recent weeks. A lot of high profile pundits and ex-players such as Phil Gould have spoken out against it, and a lot of CEOs from NRL clubs have made their opinion on the issue clear; the World Cup should be postponed.

Rugby League World Cup 2021
@RLWC2021
RLWC2021 note the disappointing statement made by the ARLC and NZRL which may have wide ranging implications for international Rugby League. RLWC2021 were informed at very short notice and will continue discussions with all stakeholders to agree on the best way forward. 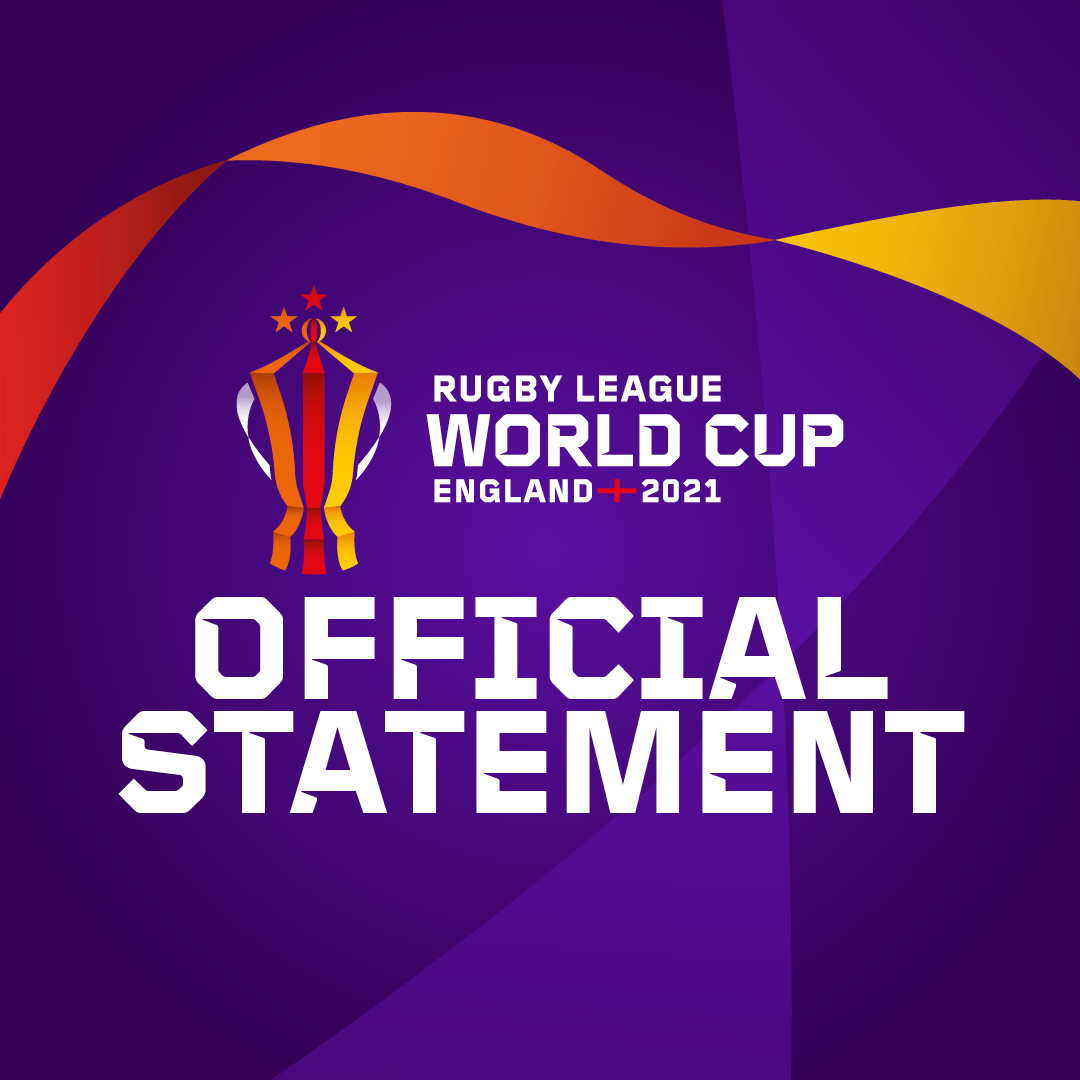 The question that has to be asked is this - how much of this opposition is based on what’s best for the game and the player’s welfare, and how much of it is based on not wanting to disrupt the 2022 NRL season? One of those thought processes is an acceptable reason to have concerns. The other is not.

In an ideal world, there’s only one group of people who should influence this decision. The players.

Once the risks, and protocols had been properly assessed and explained, it should have been put to the players to decide if they wanted to make the trip, and represent their country in a World Cup. Instinct tells me that the vast majority would have been in favour of playing it.

Rugby league players in Australia are paid good money by their domestic clubs to do the job that they do, but the NRL should not have the power or autonomy to shut down the international game for their own selfish concerns. I obviously wasn’t in the board meeting when the ARL decided to withdraw, but it feels a little bit like that is exactly what has happened.

The problem is that the International Rugby League is not currently the number one priority in the game. In Australia, where State of Origin is king, it’s arguably not even number two.

This attitude is short sighted, and will continue to restrict the growth of the sport, but until we have a meaningful, regular international calendar in place, the powers that be in Australia will continue to hold the power and put the domestic game first. In order for that calendar to be put together, it needs the full buy-in from all international governing bodies. You see the problem…

Let’s not forget as well, that at the same time this decision has been made, Australia has a huge team of athletes in Japan for the Olympics, have a Rugby Union side that will be touring, yes, you guessed it, England in the Autumn, alongside a plethora of international athletes spread far and wide across the world.

Make no mistake. If International Rugby League was the priority over the domestic game in Australia, they would be going, and they’d work all the player welfare side of it out later. So where does this leave us?

Well first, I feel unbelievably sorry for World Cup CEO Jon Dutton, and his team, who have worked tirelessly to get the tournament into a position where it was ready to be staged, despite Covid, and have done a wonderful job in promoting and getting the word out. 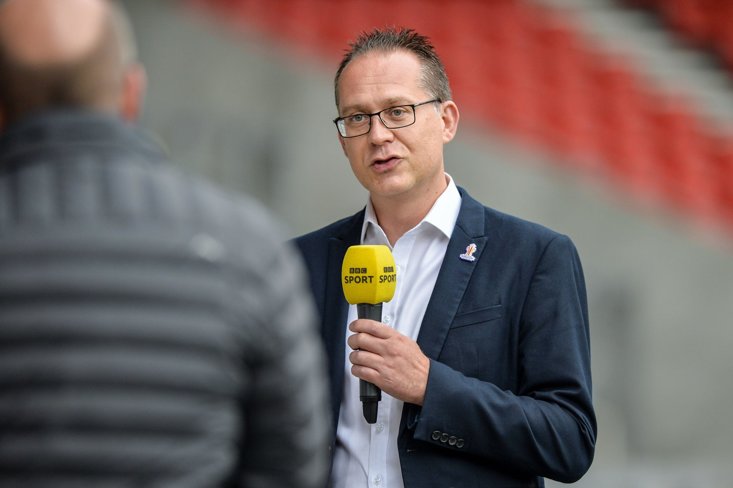 The obvious next step would be to postpone the tournament until 2022, so we get a full strength, undiluted version of the tournament that we’ve all been looking forward to. But even that isn’t simple.

A postponement to the same dates next season would see RLWC clash with the football world cup in Qatar. Not ideal for the general exposure and hype that the organisers would look to generate in the national media, and even worse for the host broadcaster, the BBC, who of course have broadcasting rights for the football too.

It’s also not good for sponsors and official partners, who will want to start seeing some return for their investment and support of the competition.

There’s also the issue of venues. Will the stadiums due to host games this year be available in the same time slot next season?

The alternative is to host the tournament without Australia or New Zealand. Whilst there’s a big part of me that would like this to happen, purely to put to fingers up to those responsible for this morning’s decision, who clearly expect the tournament not to go ahead without them, the rational part of brain says that this would not be the right course of action.

People have bought tickets with the expectation of seeing the best players from all over the world involved, and that is exactly what the World Cup should be about. Bringing the best to one place for a month, and putting on a show.

I also don’t think this would be the preferred choice of the other competing nations. Like it or not, whoever’s name went down in history as the winners, would have a huge asterisk next to it.

I’ve not managed to find the solution in the time it’s taken me to write this. I can’t imagine it’s going to present itself, clear as day for a while. I’m very grateful to not be one of the people who has to make this decision.

The whole thing is a mess. The only way it will get solved is by cooperation, joined up conversations, and compromise by everyone involved. Including Australia and New Zealand.

We will wait and see…