The Betfred Challenge Cup returns this weekend, with eight games, all available to watch across The Sportsman, BBC and OurLeague App. Betfred’s Rugby League correspondent Lewis Smith has given us his predictions for Saturday’s four:

This is a real super Saturday of Rugby League Football. Four back-to-back games, including a BBC Double Header from 14:30. There’s potential for two giant-killings with Widnes and Featherstone taking on top tier opposition, and an all-Super League humdinger as current holders Leeds take on St Helens.

With the first game kicking off at 12:30, there’s really no need to leave the sofa for the rest of the day, with the curtain falling after an 8pm kick off.

Let’s see if we can’t find ourselves four winners…

Simon Finnigan’s Widnes team might go into this tie smelling blood against a Salford side who have looked way off the pace in their opening two games of the Betfred Super League season.

The Red Devils were well beaten against St Helens in round one and weren’t much improved at all against Hull FC a week later, and this tie will go one of two ways for Richard Marshall, it could be the perfect chance to put some things right, or he could find himself under even more pressure early on in his Salford tenure if last season's beaten finalists make a shock exit.

Salford are boosted by the return of Morgan Escare and Darcy Lussick to the 21 man squad, and the addition of the French fullback may well be exactly what they need to improve their shape, and provide the halfbacks with a different attacking option. 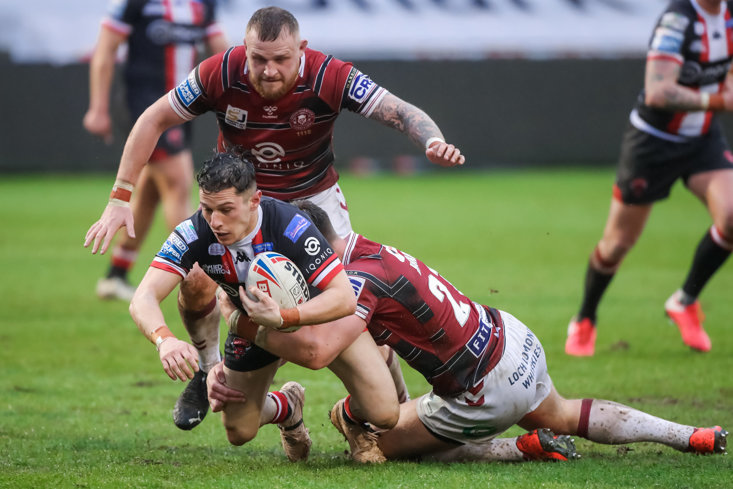 Widnes have had a relatively simple run to the third round with wins against Whitehaven and West Wales Raiders, but the Vikings will be reeling from the first round of the Betfred Championship, in which they let a commanding lead slip in the last eight minutes of the game to draw 30-30 with Newcastle.

That implosion aside, there have been a number of Widnes players who have impressed me in the early stages of this season, including second-row Adam Lawton, who seems to have settled back in at the club at which started his career with ease.

The Vikings of course have plenty of Super League experience in their side including fullback Jack Owens, and 2013 Lance Todd Trophy winner, who no doubt would relish the opportunity to get one up on his former club.

Prediction: Salford have struggled early on this season but this game presents itself as the perfect chance to turn things around. Widnes will make a good fist of it but I think the Red Devils will come good. Salford by 20

This one has all the makings to be the tie of the round. Two sides who will have both started the season with genuine Wembley ambitions, only one can book their place in the quarter-finals.

St Helens start pretty much every game as favourites, almost by default at the moment, and this will be no different. There’s been nothing in the early two rounds to suggest that the back-to-back Betfred Super League champions aren’t the team to beat once again in 2021.

Kristian Woolf has recruited well, with Joel Thompson already making a big impact on this new side, and Sione Mata’utia showing real promise, add to that the continued progression of highly rated youngsters Aaron Smith and Grand Final hero Jack Welsby, and it's nigh-on impossible to identify any weaknesses in the Saints side.

There’s been rumours this week that Luke Gale is set miss a few weeks with a broken thumb, but the England international has been named in the 21 man squad, interestingly, former St Helens star Kyle Eastmond has not been.

Richard Agar will undoubtably be frustrated that this game has come at a time where he’s missing a big chunk of his starting line-up, including Konrad Hurrell and Ritchie Myler, meaning that again he will have call upon a number of youngsters, including Jack Broadbent and Corey Hall, it’s a lot of pressure on young shoulders, but what a game to make a name for yourself in.

Prediction: The question marks over Luke Gale make this a difficult one to judge, if he is fit then that does Leeds’ chances the world of good. That said, the Rhinos are probably just a couple of first-team stars away from being able to match the pace of the game that St Helens will look to impose, which is why I’m backing them to win. St Helens by 10

The Dragons have impressed me early on this season. The last 20 minutes of round one aside, they’ve shown enough to convince a lot of people, myself included, that they will be in the play-off picture come September.

At the heart of this strong start has been the evergreen Sam Tomkins. The England International seems to be loving his time in the south of France, and he’s shown everyone why the Dragons were so keen to sign him, and why Shaun Wane will be keeping a keen eye on his former charge as we approach the World Cup. 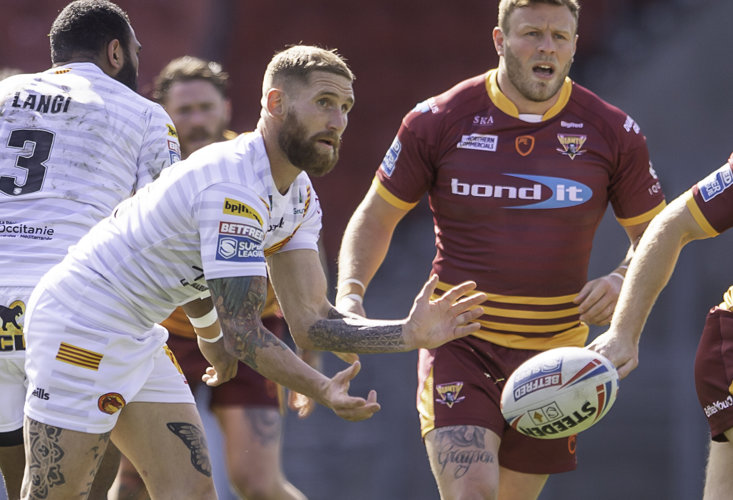 Wakefield were strong in defeat against Leeds in round one, with Tom Johnstone impressing on the wing with two length of the field tries, but were outclassed by Wigan in the second half of round two.

There have been some promising signs from new signing Mason Lino in the halves, and David Fifita showed a glimpse of his 2019 form with that barn storming try in the early exchanges against Wigan, the big question is, can they do it for a full 80?

Prediction: Really interesting one this. Wakefield have shown improvement in spells so far this season but consistency still appears to be an issue. If they can get it right against Catalans they’ve got a real chance, but I’ve got to back the Dragons in this one. Catalans by 12

Featherstone Rovers have a big opportunity to prove their Super League credentials when they take on Hull FC in Saturday’s late kick off.

James Webster’s side have made no secret of the fact that promotion is the goal this season, and with 1000 top flight appearances spread amongst their squad, it’s hard to imagine they will be phased by the challenge they face this weekend.

The likes of Craig Kopczak and Brett Ferres add some steel and a wealth of experience to their pack, whilst in the halves, Nu Brown Dane Chisholm look to be forming a very dangerous partnership.

Rovers eased passed Bradford in the first round before overcoming a stubborn Batley side in the second, and they’ll be under no illusions that they will have to improve against a Hull FC side who have started the 2021 season like a house on fire.

The Airlie Birds were dominant against Huddersfield in the opening round, and even better against Salford at the weekend, with the mercurial Jake Connor looking close to his best, although they have been dealt the blow this week that Josh Reynolds will miss some games with a hamstring injury.

FC do of course have a fantastic record in the Betfred Challenge Cup in recent years, lifting the trophy in both 2016 and 2017, and they will surely feel that if they can negotiate this potential banana skin, they could be on for another exciting run to Wembley.

Prediction: We’re going to learn a lot of Featherstone on Saturday night, but it’s a huge ask against one of Super League’s form teams. Hull FC by 20