He’s the club legend tipped to be St Helens’ next coach, and Paul Wellens insists the current side carries none of the scars he’s been left with from Grand Finals against Leeds.

Wellens experienced 10 Grand Finals as a player for Saints, winning five of them. But he knows better than anyone what the Rhinos can do under the Old Trafford lights. The club’s assistant coach, a former Great Britain full-back, was part of those St Helens sides who lost five Grand Finals in a row between 2007 and 2011, four of them against Leeds.

Saints are big favourites to finally end their hoodoo against the blue and amber, having dominated the domestic game for the last four seasons. And Wellens insists their miserable history in this fixture is simply not on the radar of the 17 players tasked with bringing the trophy home again.

“I’ve never been involved in a rugby league game where the result has been decided on what happened 11 years ago,” he says. “This is a different group, a different team, a different coaching set up, they are going out to win a game against a very good side and that is as simple as it is. I lost those games but this group don’t carry the same scars from those defeats. What this group has become accustomed to is going to Grand Finals and winning.”

Those involved in those famous Grand Final defeats have spoken of the intense repetitive pain of losing to the same opponent. It was the kind of psychological hurt that has laid the platform for this stunning modern period of dominance, with Wellens and fellow survivor James Roby - still playing as captain - benefiting from the resilience that period of adversity built. 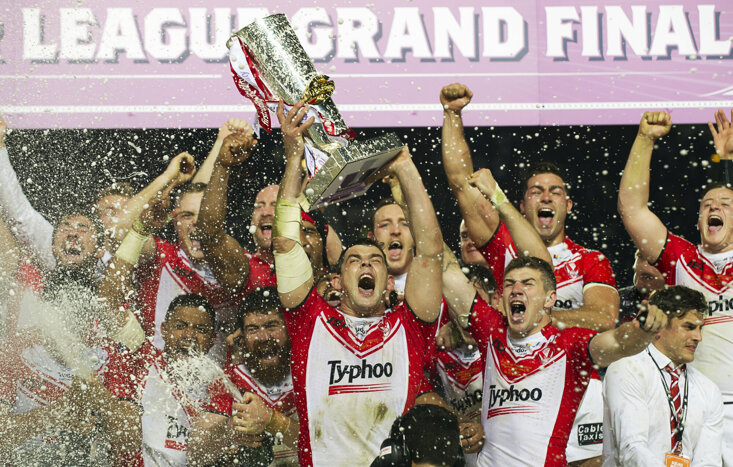 “It was a difficult time for us as a club and a team, but also hugely proud to be part of a team who kept going back there and fighting,” Wellens adds. “That resilience the club showed through that period of time is still evident today. Leeds were a hugely successful side with brilliant players like Rob Burrow, Danny McGuire, Jamie Peacock, Kevin Sinfield. We knew that every time we played Leeds we were up against it, and unfortunately didn’t get the results.

“Sometimes you learn a lot more from difficult losses than you do from success, and the resilience we have in this team now has come from experiences like that. James Roby, our captain was involved in those games and as the leader of this group he understands that from those experiences you can learn a lot of valuable lessons.”

Wellens bleeds St Helens. Since arriving into the academy as a teenager he has never been at any other club, nor wanted to. His elder brother played for Saints alongside the great Mal Meninga in the 80s, his family - including five siblings - are match-going supporters.

His professionalism, his standing at the club and in the wider game, alongside his growing pedigree as a coach, lead many to see him as the natural successor to head coach Kristian Woolf who returns home to Australia at the end of the season.

“When I started on my coaching journey I wanted to go right to the very top, as I did as a player. The opportunity to coach this club would be fantastic and too good to turn down. I feel I’m ready to be a head coach and I’m confident that if I’m given the opportunity I will do a good job.

“Working with Kristian has been a phenomenal experience for me, he is up there with the best of them, so thorough, very diligent, a great guy first and foremost, upfront, honest and knows how to find the balance between having a laugh with the lads and getting serious. The work ethic they have and how honest they are, I feel the team is a direct reflection of its leader.“ 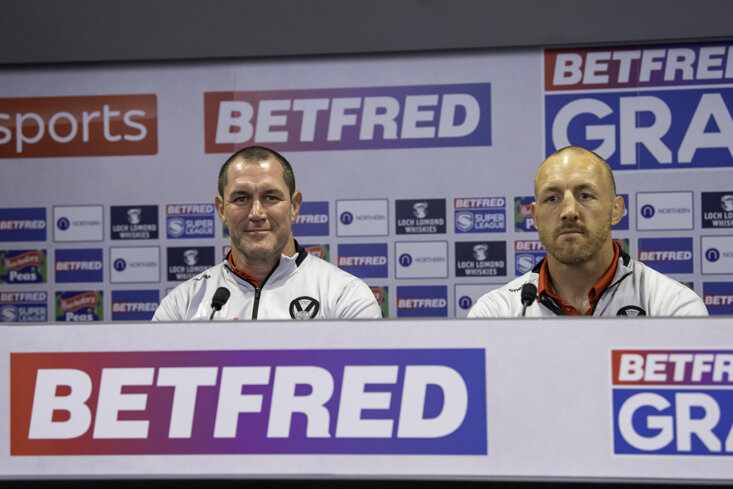 Grand Final week brings more pressure and media spotlight than any other time for a player, or a coach. It evokes memories for those recently retired, it gives a chill and a buzz to anyone on either side stepping foot out of the tunnel at the Theatre of Dreams.  Now in the stands, you could forgive the 42-year old Wellens the urge to lace the boots back up for the Big Dance.

“For a couple of years after I finished playing there was part of me that still wanted to be involved out there,” he admits. “But as the years have passed the thought of playing rugby doesn’t appeal as much as it once did! I get a buzz from seeing how these players prepare all week, how hard they work and going out to experience that atmosphere as I know from my own experience how special it is.”

Wellens speaks of a no-pressure environment in these big occasions. Saints won’t be staying overnight in a hotel nor donning fancy suits. They will be arriving match-ready as they would any regular game. But there is one unavoidable pressure, upon which the Saints players have learned to thrive. The pressure of expectation, on a team who are always supposed to win.

“This club has always had expectation, ever since I was a kid on the terraces. An expectation to be successful, and I think that is very evident. We always strive for success and that means winning trophies. There are no grey areas there, no ifs buts, or maybes. You are expected to come here, perform in big games and win.

“I love that about this club, it is a big part of why we have been successful and why we have bounced back from failures. Rugby league is the toughest team sport there is to play and these fellas are some of the best athletes in the world.

“I know how hard this group has worked and their ability to overcome difficult times, and they have a history of success which quite often can be contagious.”

The Betfred Super League Grand Final is live on Sky, and will then feature in an hour-long highlights show on Channel 4 on October 1st at 11:30am.

‘Super League Grand Final Uncovered’ will give viewers a unique behind the scenes look at the occasion from the perspective of fans, coaches and the players involved.