Take them one by one, and you might have a fair claim that Chelsea have a better set of players than Tottenham Hotspur. Spurs, you could argue though, have the superior team when accounting for that phenomenal forward line they have built. But one thing you cannot doubt is that the Lilywhites have the better manager.

Chelsea, somehow, managed to alienate Antonio Conte. Their last Premier League title, in 2017, came with the Italian at the helm, and the nonsensical way they undermined his authority over the following months helped to end his stay ahead of time. Chaotic spells under Maurizio Sarri and Frank Lampard followed, and while Thomas Tuchel came in and won a Champions League the Blues look further away from winning another domestic crown than they did when Conte was ousted.

How on earth Chelsea managed to let him slip through their fingers remains a mystery. His reward for winning the league in his first season at Stamford Bridge was to be handed players he didn’t want, denied signings he knew who would improve his side and when he told wantaway striker Diego Costa that he wasn’t in his plans the club responded with fury.

Chelsea signed Danny Drinkwater, Alvaro Morata, Tiemoue Bakayoko and Davide Zappacosta among others that summer, with none of them leaving a lasting impression. It is notable that Conte railed against many of their arrivals, and despite being at odds with the board over the way they’d recruited after 2016-17 he still managed to lead them to a fifth-place finish and an FA Cup triumph the following season. 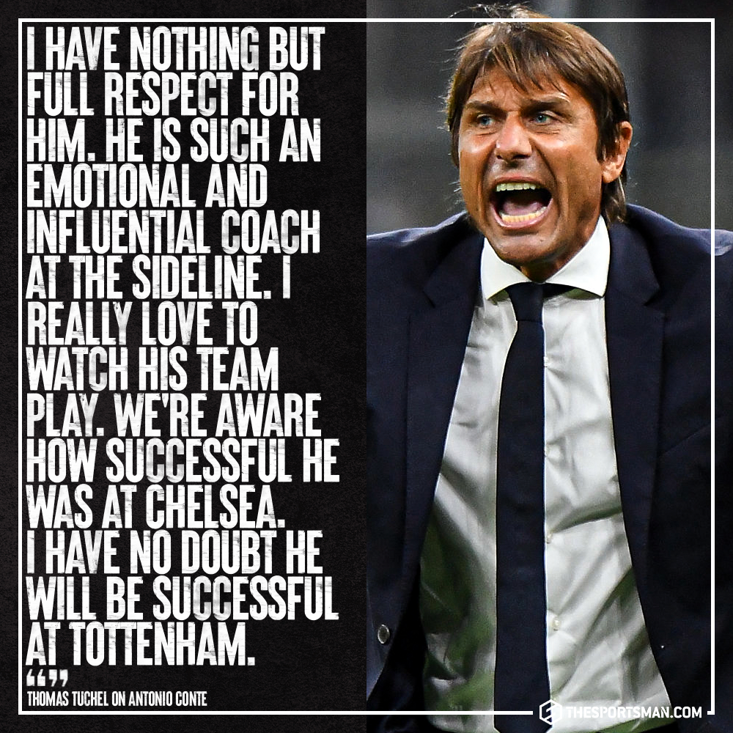 But by the time they did that, it was clear Conte was on the way out. So badly had Chelsea managed the whole episode that there was open warfare for much of the manager’s second season and his successor, Sarri, was well known well before Conte was fired. His Napoli president, Aurelio De Laurentiis, even spoke of a deal having been finalised days before Chelsea announced that Conte was a goner.

It was a PR disaster of an episode from the five-time Premier League champions, and every time Conte returns with Tottenham it is a reminder of the opportunity they missed to truly build something great.

At White Hart Lane, the former Juventus and Inter boss might actually have the chance to do that. While Daniel Levy can be almost as trigger-happy as the last Chelsea ownership group were, the Spurs chairman showed in his dealings with Mauricio Pochettino that he is happy to give the right man the time to put foundations in place for as long as the club is moving forward, and his side now look most likely to upset Manchester City and Liverpool at the top of the league.

While Chelsea don’t look too far behind Spurs on the face of it, and even finished ahead of their visitors on Saturday last season, the extra 10 per cent that Conte offers means it is Tottenham who look like the more daunting opposition for most Premier League clubs this term.

Conte is turning Spurs into the real deal, and if he achieves big things at White Hart Lane it will only leave Chelsea fans feeling a big sense of ‘What if?’