New South Wales destroyed Queensland in Game 1 of the State of Origin series on Wednesday, racking up their biggest win in Origin history as Tom Trbojevic crossed for a hat-trick of tries in a 50-6 demolition job.

The Blues punished the home side from the off in Townsville, subjecting the Maroons to a punishing loss as they look to regain the Origin shield after Queensland’s 2020 triumph.

Trbojevic followed up a Nathan Cleary penalty by going over for the first try after NSW shifted the play right on 17 minutes, and Brian To’o soon had the Blues 20-0 up after finishing off two moves from right to left with a pair of tries in the corner.

Kurt Capewell went over after great footwork to narrow the deficit to 20-6 by half-time, but that was the full extent of Queensland’s threat for the evening and even a coming together on the hooter sparked by Joe Ofahengaue and Jarome Luai couldn’t stir the Maroons into action. 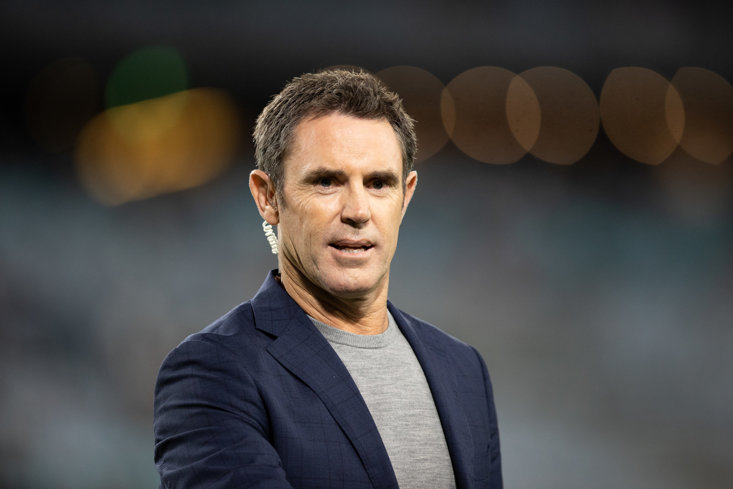 Brad Fittler’s side came out for the second half determined to put the game to bed, and Latrell Mitchell’s first try of the evening from a smart grubber by Trbojevic was quickly followed by a second for ‘Turbo Tom’ himself as he finished off a fantastic break by Luai.

The unstoppable Mitchell then grabbed a second of his own to leave Queensland looking solely to save face as the score ticked over to 38-6 but there was even more to come as Daniel Saifiti crashed over under the sticks against the tiring Maroons defence.

The 50-point mark was brought up when Cleary’s magnificent break and James Tedesco’s smart thinking teed up Trbojevic for his hat-trick try.

This was only the second time in 118 clashes that New South Wales had scored 50 points, with their 56-16 win at the Olympic Stadium in Sydney also serving as their previous widest margin of victory.

Paul Green now has a real job on his hands to get his Queensland side up off the canvas before Game 2 at Suncorp Stadium in Brisbane on 27 June, with Game 3 due to take place in Sydney on 14 July.