The joy and agony of football were both writ large at Elland Road this afternoon. Mohamed Salah became the 30th entrant in the Premier League 100 club with the opening goal in Liverpool’s 3-0 victory over Leeds. However, 18-year-old Harvey Elliott suffered a horrendous leg injury after a challenge by Pascal Struijk. There was no apparent malice in the tackle, but the consequences were sadly horrendous.

Liverpool’s opening goal came when Joel Matip advanced up the pitch, playing in Trent Alexander-Arnold high on the right flank. The right back played a grounded cross into Salah, who poked it past Illan Meslier to notch his 100th Premier League strike. 98 of the Egyptian’s Premier League goals have come for Liverpool, with two during his brief spell at Chelsea. Anfield legend and fellow 100 club member Robbie Fowler watched on as Liverpool’s modern great reached his milestone in an entertaining first half at Elland Road.

Liverpool could have been out of sight at half time as they dominated the game. Thiago had a rare header from a Salah cross chalked off for offside, and Sadio Mane missed a near-open goal from a Diogo Jota delivery. The Portuguese forward went from creator to finisher when controlling a chipped Salah ball and directing an acrobatic volley at Meslier. Virgil van Dijk missed a free header from a corner, and it felt like it was just a matter of time before Liverpool ran up a cricket score. 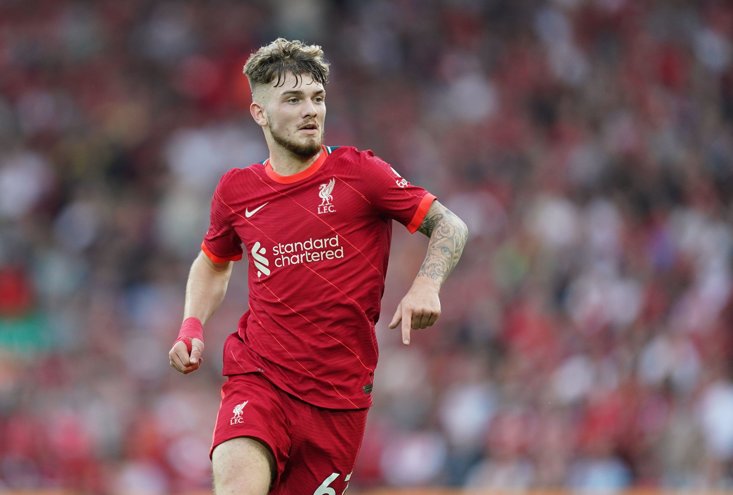 Marcelo Bielsa’s men offered up lots of endeavour but little danger in the opening 45 minutes. The action was end to end, but Leeds struggled to turn their energy and pace into clear cut chances. Patrick Bamford was flagged for an early offside, and later in the half, the England forward elegantly pulled down a Diego Llorente ball but could not fashion it into a chance. The home side enjoyed their best chance of the half when Kalvin Phillips whipped an inviting cross towards the back post, but Luke Ayling opted to knee it over the bar rather than attempt a header.

The second half picked up where the first left off, with Liverpool in the ascendancy. The first big chance came when Mane surged into the box and went down claiming a penalty. He appeared to catch his toe on the turf on the way through, and the ball squirmed to Salah whose attempt was prevented by a superb Pascal Struijk challenge. The resulting corner saw Fabinho work hard to get a shot away, and when it was blocked he netted the rebound to double the advantage.

Struijk’s next intervention would sadly have dire consequences. The defender, who joined the fray when Diego Llorente was substituted in the first half with a hamstring injury, slid in on Elliott and while he claimed the ball, his trailing leg crunched into the youngster’s ankle. The injury was severe, drawing shock and concern from teammates and opponents alike. Struijk was sent off as Elliott received treatment. The midfielder has enjoyed a promising start to the season, with Jurgen Klopp trusting him in big games, and it is hoped this setback will not derail a promising young career. 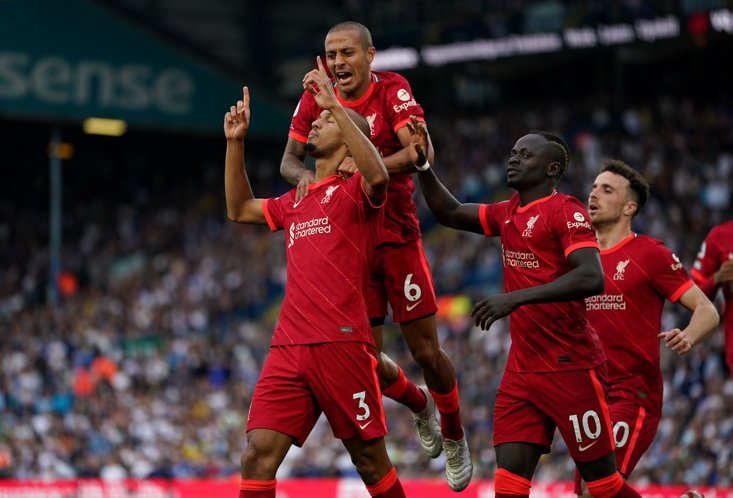 Understandably, the game took a while to return to its previous rhythm. Leeds new boy Daniel James was introduced, making his first appearance since moving to Elland Road from Manchester United. Bamford drew gasps when he picked Fabinho’s pocket inside the centre circle, and attempted to lob Allisson from just in front of the halfway line. The Brazilian stopper was equal to it, but looked relieved to tip it over. Mane saw his persistence rewarded when he turned and shot late on, finally scoring the goal he had been chasing all afternoon.

An entertaining game closed with eight minutes of added time, a stark reminder of what had befallen Harvey Elliott. There was plenty to enjoy at Elland Road this afternoon, but thoughts now turn to the young midfielder and his road back from a horrifying injury.