Images of Ibiza for English football fans generally conjure up a stale stock of images involving tequila, sunburn and overpriced nightclubs. Football and Ibiza have not often fitted hand in hand outside the prism of Spanish football, with international focus placed on mainland Spain, and the powerhouses of Real Madrid and Barcelona. However, behind the façade of a non-stop party island in the heart of the Mediterranean, there is a committed footballing community, dismantling the tired stereotypes of the island.

The history of football in Ibiza follows a meandering path from part amateur to full professional, with a sequence of financial issues and false dawns for island football. Sociedad Deportiva Ibiza (SD Ibiza) was the forerunner for professional football on the island, in 1956, spending a nomadic existence, yo-yoing between third and fourth-tier football until the mid-nineties. But after encountering serious debt, and dropping down into regional football, they folded in 1997.

With the club on the verge of oblivion, they opted to merge with local semi-professional side Union Deportiva Ibiza-Eivissa, formed in 1995, eventually taking on the name Club Esportiu Eivissia. However, despite implementing a policy of bringing together three other local sides under the umbrella of what was Union Deportiva Ibiza-Eivissa by 2009, the club hit the financial rocks again. The board opted for a voluntary two division demotion and a financial penalty, to avoid paying their new crippling debt, with fans fearing the worst, as the confidence of a revival plummeted in late 2009.

Spanish football authorities were unwilling to accept another half-baked move to reform the club, confirming they would push for liquidation and reformation as the only solution. The club was left with little choice, with the board stepping down, leaving supporters facing a bleak future. UD Ibiza, and its previous incarnations, were erased from Spanish football pyramid, with a series of failed purchases and emergency packages rebuffed by the RFEF.

The sense of hopefulness amongst fans, as local journalist Sebastian Candela recalled from the tumultuous period.

“It appeared as if the club was ready to disappear from the memories of Ibizan sport, after the failed promises of a glorious future by the previous owners, after falling into the hell of regional football.”

However, with the dust firmly settled on the club’s demise, a rebirth was hatched by enigmatic former Valencia club president Amadeo Salvo. Salvo spoke grandly about reawakening the club and pushing for the lofty ambition of a future La Liga spot for the club by 2025, claiming the status of the island deserved a top-flight club.

Backed by his family’s Italian investment group, Salvo brokered a deal with the authorities to pay off a restructured debt total of around €700,000. 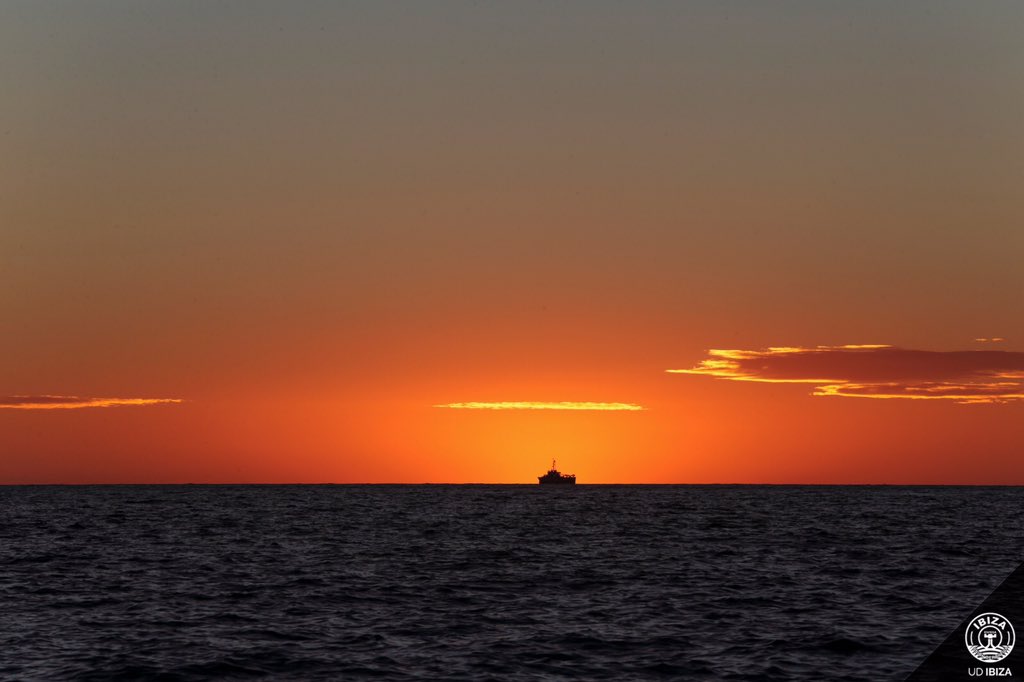 The RFEF and local football governance agreed to validate the move and allow the newly rebranded UD Ibiza to return to the fifth tier (Regional Preferente) for the 2015-16 season. Whilst Salvo’s vision was initially seen as excessive, the club’s progress matched his ambition, securing promotion to the Tercera Division (fourth tier) ahead of the 2017-18 campaign.

Their fairy tale looked set for another step forward at the end of the season, after navigating their way to the final of the Tercera’s labyrinth play-off system – only to lose on penalties to Levante’s reserve side. However, for a club that had not experienced many lucky breaks, they were handed a critical reprieve. Murcia-based club Lorca CF had their promotion annulled due to scaling debts, and in the mother of all ironies, it was Ibiza that benefitted.

This injected a new lease of life into the club for the 2018-19 season, as they returned to their highest ever level of competition, with Salvo’s investment, and a completed amalgamation with neighbours Ciudad de Ibiza, placing them on a strong footing.

Third-tier football presents a much clearer picture for the club, with the promotion picture far clearer in Segunda Division B than in the quagmire of the Tercera. A sixth-place finish last season served to underline their commitment to push on, and Salvo made the decision to dispense with manager Andres Palop, replacing him with experienced coach Pablo Alfaro. Under Palop’s leadership, UD Ibiza are well placed for a first-ever Segunda Division B play-off at the end of the season, and a realistic shot at second-tier football in 2020-21.

However, despite their steady progress in league action, it has been their Copa del Rey form that caught the eye in recent months, as wins over Pontevedra and Albacete handed Alfaro’s side a dream home last 16 tie with defending La Liga champions Barcelona.

The Estadi Can Misses exploded as midfielder Pep Caballe put the hosts ahead, against Quique Setien’s star-studded side, and with 20 minutes to go, the home fans were fantasising of their greatest ever result. A late double from Antoine Griezmann spared Barca’s blushes and ended Ibiza’s Copa run, but the message from islanders was a clear one... we are on our way, and Salvo’s decade long target looks well within sight.