Football
News
It won't be easy but Peru will give absolutely everything against Brazil to advance to the final at the Maracana Stadium
Conor Keane
14:02, 05 Jul 2021

Peru will be looking to get sweet semi-final revenge against Brazil for their defeat in the 2019 Copa América final as they square-up in Rio de Janeiro once again on Tuesday.

That is not the only game Peru will want to get revenge for either, having already tasted defeat against the hosts in this year’s tournament, when they lost 4-0 in matchday one in Group B. In fact, Brazil have only lost five of the 49 ties against their South American rivals.

The Peruvians have done brilliantly to regroup from that horror result and qualify out of the group in second. La Blanquirroja needed a penalty shoot-out against Paraguay to reach this semi-final, and with three goals conceded against a side that does not have the same quality as Brazil, Peru will need to be more defensively organised if they are to get the result they want on Monday night.

The two-time winners last reached the final in 2019 where they were beaten 3-1 by Brazil, so the players will not need much motivation to get them in the mood for this crunch tie and they will certainly want to make amends for that final two years ago.

Ricardo Gareca’s side will be looking at their joint top-scorers Gianluca Lapadula and André Carrillo, who have both recorded two goals each so far, the same number of goals as Brazil talisman Neymar. Against a strong Brazil side who have sources of goals across the pitch, these two players will need to be the spark that ignites Peru from the first whistle. 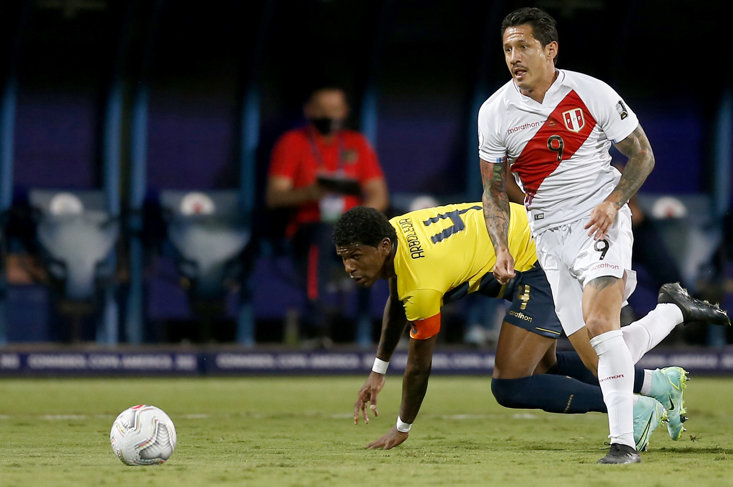 Brazil will be just as motivated. They are chasing their 10th title and are looking to close the gap on rivals Argentina who are the most-decorated side in the competition with 14. Brazil, a footballing side renowned for their flair, will need to be at their very best if they are to get one step closer to another Copa América title, and Tite’s men cannot underestimate the side they comfortably beat at the start of the tournament.

The defenders will need to watch Lapadula in particular, who has already proved to be a nuisance this tournament and he has the quality to punish any lapses in concentration.

It certainly won’t be easy, but after a tough year and a long time since their last Copa América title, underdogs Peru will be desperate to bring some much-needed joy to their nation. They will give absolutely everything to advance to the final at the Maracana Stadium and bring home their third title.