Football
News
The Argentine has signed for Serie A club Venezia on a free transfer
Joey Mills
13:32, 13 Oct 2021

Former Manchester United and Argentina goalkeeper Sergio Romero has finally got a new club. Over a year after he was denied a move from Old Trafford to Everton, the ex-Sampdoria stopper has accepted a contract with Venezia. Romero was a popular figure amongst United fans, despite the fact his game time primarily came in the cups. After over a year without playing, through no fault of his own, the goalkeeper is hoping to re-establish himself back in Serie A at the age of 34.

With all due respect, Venezia is probably not the destination Sergio Romero had in mind when he first decided to leave Manchester United. With Dean Henderson returning to Old Trafford after his loan with Sheffield United, and long-time goalkeeper David De Gea still in situ, the writing was on the wall for the Argentine. Sensing he would not play given Ole Gunnar Solskjaer now essentially boasted two number-one goalkeepers, Romero was understandably keen on a move.

Everton reportedly lodged a loan bid, offering to cover the player’s entire salary with a seven-figure loan fee on top. United resisted, holding out for an £8 million outright sale. When The Toffees walked away from the negotiating table, Romero was marooned. Left out of the club’s Champions League squad, and with two younger, top-class keepers ahead of him in the pecking order, he appeared to be treading water. 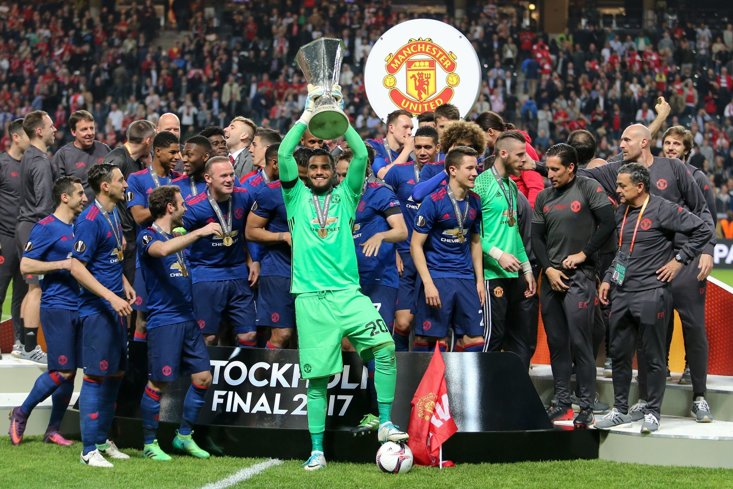 So it proved, as Romero did not play a single game in any competition during the 2020/21 season. It is arguable the Argentine was not even third-choice, with veteran Lee Grant often sitting on the bench during cup games. It seemed bizarre that United had denied Romero football with no incentive to do so. Surely a loan fee and money off the wage bill would have done more for United than leaving Romero to rot? It seemed especially cruel considering the stopper had been a fine servant at Old Trafford since joining on a free transfer in 2015.

Romero only wore the gloves for seven Premier League games during his United spell. He did not always cover himself in glory when called upon, with a horrendous blunder gifting Swansea City a 2-1 win over a United side managed by Louis van Gaal. But in the cups, particularly the Europa League, he was worth his weight in goal. Romero was voted into the Europa League Squad Of The Tournament in 2017, after a series of dazzling displays on the way to the Red Devils winning the trophy. Romero kept a clean sheet in the final against Ajax, and his performances were a big reason why they reached the showpiece in the first place. He also played during United’s winning FA Cup and League Cup campaigns during his tenure.

Sergio Romero made 61 appearances for Manchester United in total, keeping an excellent 39 clean sheets. He was the model number two goalkeeper, happy with his lot behind David De Gea in the pecking order but usually making the most of his opportunities when they came. Romero has been criticised in some quarters for this approach, with his 2013 loan move to Monaco, where he was a back-up, singled out. While he was Argentina’s number one goalkeeper for the majority of his spells in France and England, he seemed content to play second fiddle at club level. But for United’s purposes, this was a perfect situation. Having an experienced goalkeeper to call on in order to give De Gea a rest proved invaluable, and led to trophy success.

Which makes the way Romero’s United tenure ended all the more sad. The fact he has ended up at recently-promoted Venezia rather than other mooted destinations such as Everton or Juventus demonstrates how the former AZ Alkmaar keeper’s stock has fallen after a season out of action. Still only 34, hopefully Romero can enjoy a sustained run of games that returns him to the profile he enjoyed before. Now is the time to put his unfair United treatment behind him, and look to re-establish himself for club and country.