The news that VAR will be 'dialled back' in the new Premier League season, with officials told not to penalise "trivial things”, is welcome, but we are still some way off a perfect system. The technology’s use at Euro 2020 was praised on several occasions for not interfering unless there was a major error from the on-field referee, and it seems English football will attempt to lean towards this method when the season begins on August 13.

One thing is for sure, we cannot experience the chaos and uncertainty that marred last season’s top-flight football. Fans will not allow it, and in some sense, the Premier League was lucky that there were no fans protesting the shambles that was VAR in stadiums last term. That all changes this season thanks to the lifting of Covid-19 restrictions, and if the experience for fans is worse in the stadium than it is watching at home, soon fans will not turn up at all.

Jordan Henderson’s disallowed winner in the Merseyside derby, Patrick Bamford’s pointed arm being offside against Crystal Palace and Thomas Soucek’s red card for a completely accidental elbow were just three of the most controversial errors from last term the like of which VAR will hopefully now not get involved in. Thicker lines are going to be used to avoid marginal offsides and calls from the referee are likely to be supported, unless there is a major error as we saw at Euro 2020.

Unfortunately for the decision-makers, the news today used the example of Raheem Sterling’s penalty claim against Denmark, which is not the best example. That spot-kick was given by the referee and not overturned by VAR, but referees have now been told to not give those penalties on the pitch. But that has nothing to do with VAR and wouldn’t be overturned under the new laws, so it seems strange that such an example has been chosen. 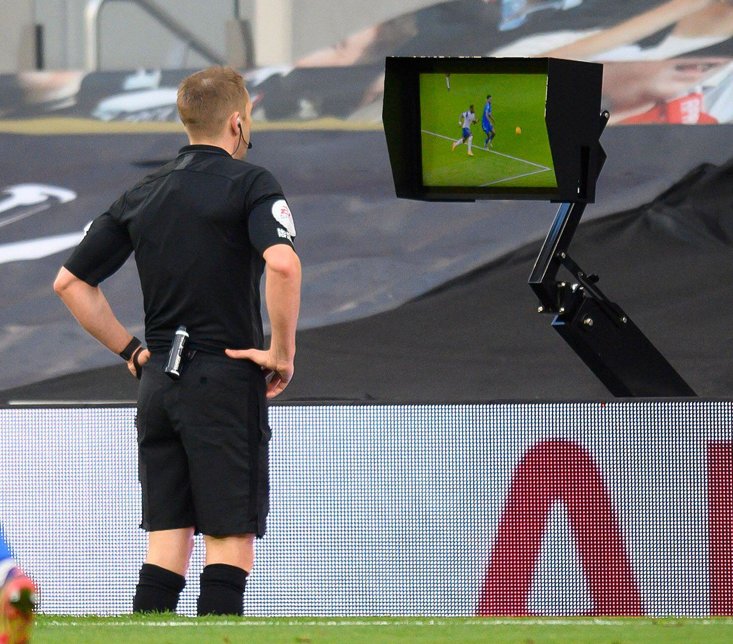 VAR is at its best when you don’t know it is there, which makes you wonder why we are bothering with it at all. But there will eventually be a happy medium found between too much technology and too little, it will just take a long time to find it. Trial and error is the only way to improve the system and there are examples in other sports of changes still being made to video refereeing some decades on from their initial implementation.

Rugby league first saw video refs introduced in 1996 and it has taken nearly 25 years for them to get a system they are comfortable with. Even then, only this season will a video referee be required at every Super League match, so changes are still being made. In Test cricket, the amount of reviews allowed has been tinkered with over the last 10 years, with the latest change coming as a result of the pandemic, as the number of reviews was raised from two to three to account for exclusively home umpires being employed on field to reduce travel.

Football’s relationship with this technology is still very much in its infancy, and it seems finally we are moving in the right direction. But this will not be solved in 12, or even 24, months' time. There will still be teething problems and controversial decisions, but as long as fans in the ground are prioritised and communicated with properly, progress will have been made.