Football
News
The forward has been involved in 8 goals in 5 games against tonight's opponents Villa
Elliott Bretland
17:00, 09 Mar 2020

Kelechi Iheanacho just absolutely loves playing against Aston Villa. The Leicester striker has been directly involved in eight goals in his last five games against 'the Villans' in all competitions, scoring six and assisting two.

The bad news for Aston Villa is they take on 'the Foxes' on Monday night and Iheanacho will be deputising for Jamie Vardy again. When you’re fighting relegation as the Birmingham club are, the last thing you want to see is a striker who absolutely relishes facing you.

This campaign has been something of a revival for Iheanacho. The Nigerian joined Leicester from Manchester City in a £25million deal in the summer of 2017 and it looked to be an inspired signing. Having burst onto the scene as a teenager for the Premier League champions, he was a poacher, a striker who seemed to be a complete natural in front of goal. Of course, he had plenty of room to develop but this was a forward with huge potential.

However, for some reason Iheanacho stalled. No longer was he scoring with ease, no longer was he finishing chances. The more he missed, the worse it got and his first-team chances dwindled. In that first season at the King Power, he managed only three goals. Last year he got just a solitary goal as most of his appearances came from the bench.

OptaJoe
@OptaJoe
8 - Leicester striker Kelechi Iheanacho has been involved in eight goals in his last five games against Aston Villa in all competitions (6 goals, 2 assists), scoring in all three of his appearances against Villa in 2019-20. Leveller. #CarabaoCup #ASTLEI 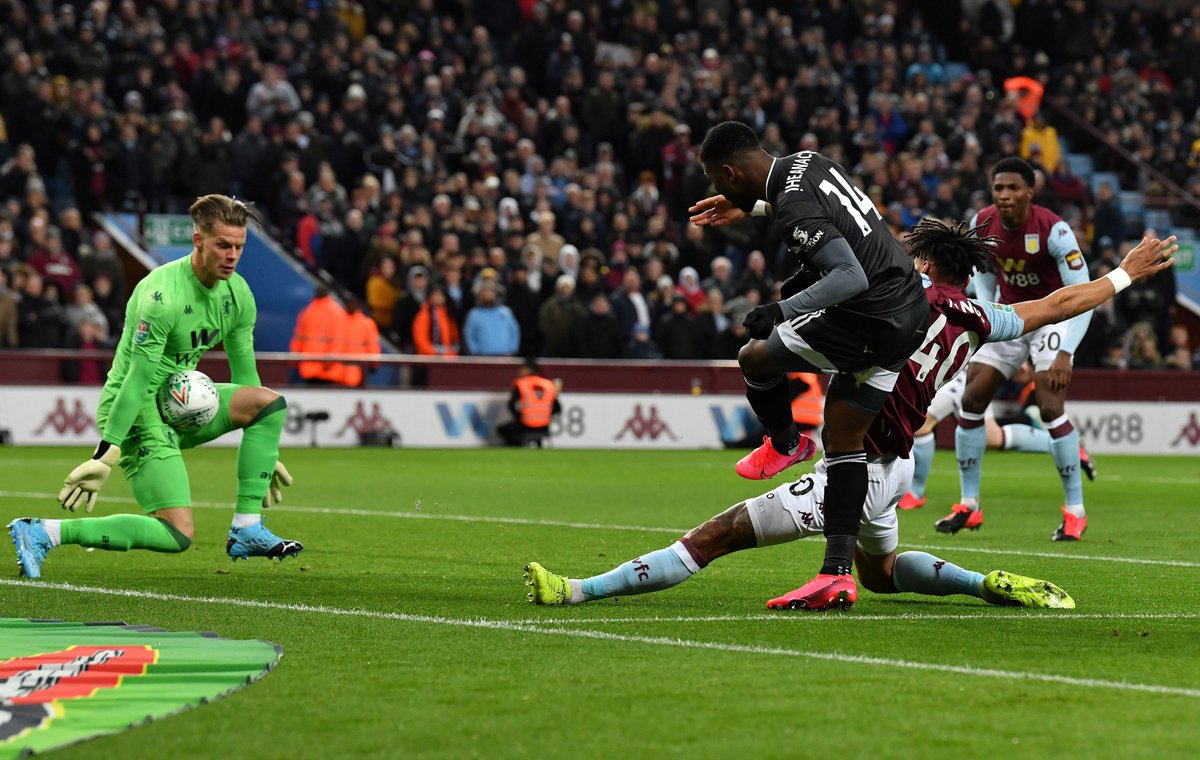 Now, he seems to have found his groove with eight goals in all competitions. Vardy is a massive miss for Leicester, with his running and hunting down of defenders vital to how they tick but in Iheanacho they have a different kind of striker who is performing well and thriving under manager Brendan Rodgers.

“He’s a big talent,” Rodgers told FourFourTwo in January. “He didn’t play a lot of football at Manchester City and it takes a bit of time to adapt.

“But since I’ve come in his confidence has grown and grown and we believe in him and believe in his talent and this season he has really come to the fore. He works so hard every day. He’s either making a goal or scoring a goal now and he works so hard in his pressing game. He was a threat when he came on tonight and I’m delighted for him.

“He’s been so important for us. You see his confidence all the time whether he starts or comes into the game, and that’s the beauty of him now – he is making an impact in games.”

With renewed faith and backing, Iheanacho has rediscovered his vigour is finally proving his worth living up to expectations. Villa should be fearful.