Pep Guardiola famously said: “We can not replace him,” regarding Sergio Aguero’s Manchester City exit, but Arsenal Women’s manager Jonas Eidevall will share those exact same sentiments regarding Vivianne Miedema.

The 25-year-old striker is a Women’s Super League icon and an Arsenal legend, but her time in north London looks to be coming to an end. The Dutch international’s contract expires in the summer and it has been revealed that she has been holding talks with prospective clubs about the next move in her career.

She would be a great loss to Arsenal and the WSL because her efforts in the four-and-a-half years as a Gunner have been nothing short of sensational. She holds the division record for most goals with a tally of 67, seven of which have come this term. And the records don’t stop there. She has scored the most hat-tricks in the top-flight with five, the most hat-tricks in a single season with three, and the most goals in a single campaign with 22.

She is arguably the greatest player to have ever graced the WSL which is in its 12th year as England’s highest level in the women’s game. Miedema has scored over 100 goals for the Gunners and they have been crucial in the last four years, and will be a great loss should she decide to bid farewell to England.

There have been greats like Kelly Smith to have played in the competition, but she only spent the latter years of her career in the WSL. For all the great things she achieved in her career, the WSL is definitely Miedema’s arena and she has established herself as one of the best players in the world. She came into Arsenal having won the 2017 European Championships in her homeland under the current England boss Sarina Wiegman, and that accolade set the precedent for how her stock would rise as a Gunner. And after a spell filled with goals, she feels that time is now to assess her future. 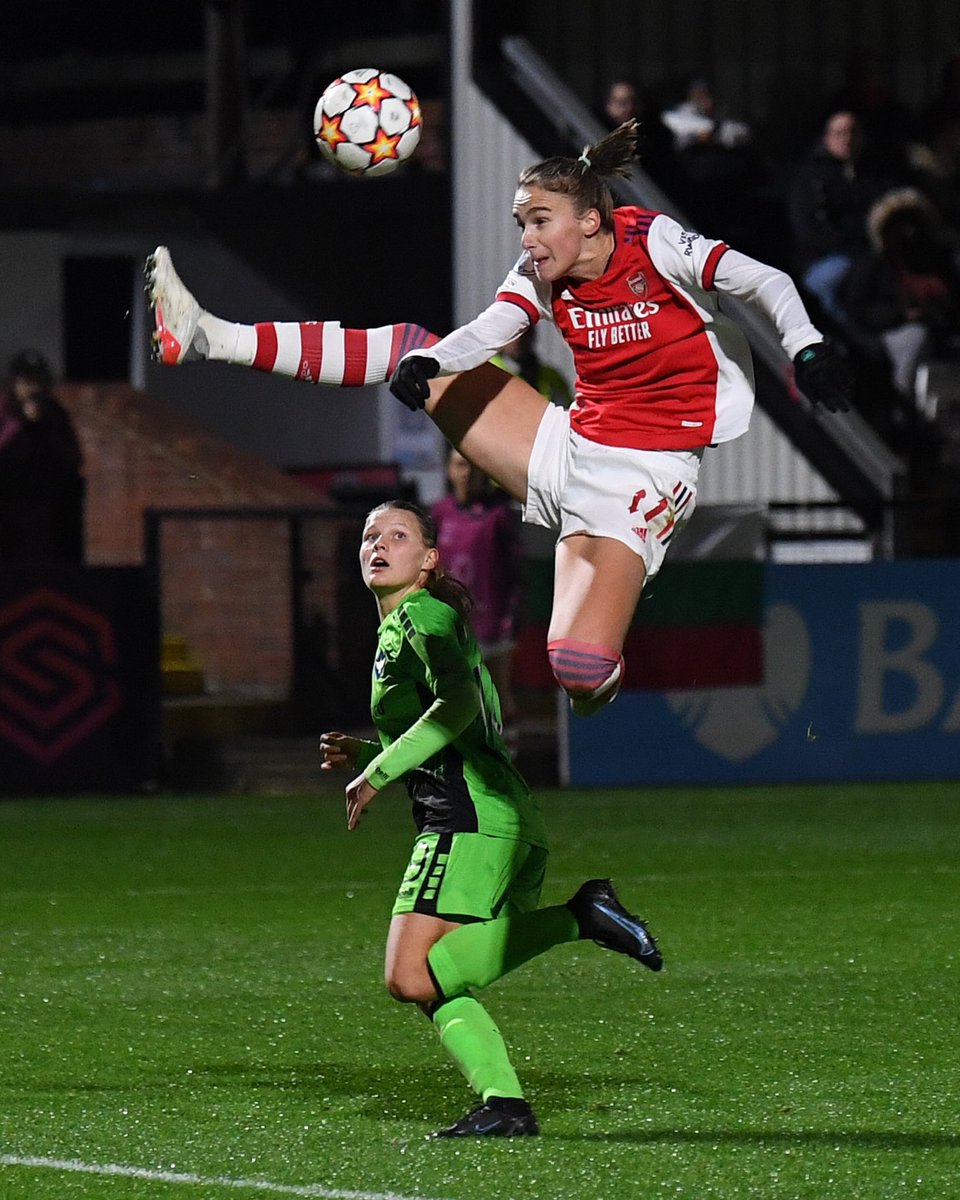 “In the coming weeks I have to get a certain feeling for the right club,” she told the Dutch newspaper AD, where she will be a columnist. “[But] the door to Arsenal is definitely not closed yet.

“I want to win the Champions League. I want to get the most out of it [her career]. That means I may have to take the next step. I’m 25 and that’s still quite young, but I’ve been around for a while.

“The years to come should be my peak years. I have to spend it somewhere at a club that best suits my ambitions.”

Arsenal fans will be disappointed at the thought of the forward moving on, but she has been a great servant at Kingsmeadow since her arrival from Bayern Munich and she is a player that is more than capable of winning a Champions League in her career. She has been in discussion with Paris Saint-Germain and current European champions Barcelona over a possible switch in the summer and with two of the best squads on the continent, it would be in her best interest to move to one of these teams to make her Champions League dream a reality. Not only would the current success of Barcelona be a huge pulling factor for her, but also the fact that she would have a familiar face in Lieke Martens, her international teammate, at the club.

The WSL would be losing one of its greatest ever players in Miedema should she leave at the end of the season and while there are some great players that remain, such as Chelsea duo Sam Kerr and Fran Kirby, neither can compare to the goalscoring greatness that the Dutch forward has emitted over the last four years.