Rugby League
News
Elsewhere, Castleford Tigers made it two out of two with a hard fought win against a stubborn Leeds Rhinos
Lewis Smith
17:30, 02 Apr 2021

Warrington put their round one disappointment behind them to win in comfortable fashion against a Leigh side who were unable to replicate the performance levels they put in in the first hour or so against Wigan.

The pressure had already been mounting on Halfback Gareth Widdop after an underwhelming 2020 season, but the England International answered his critics in resolute fashion, producing his best showing in a Warrington shirt to date.

The former St George Illawarra man was instrumental in a number of his sides tries, including a brace for both himself and Tom Lineham, as The Wire eased to a 44-12 win.

Despite completing at an impressive 88% in the first half, Leigh were unable to establish much of a foot hole in the game, in part, due to their poor kick game and fifth tackle options, which consistently allowed Warrington to start their sets in good field position. 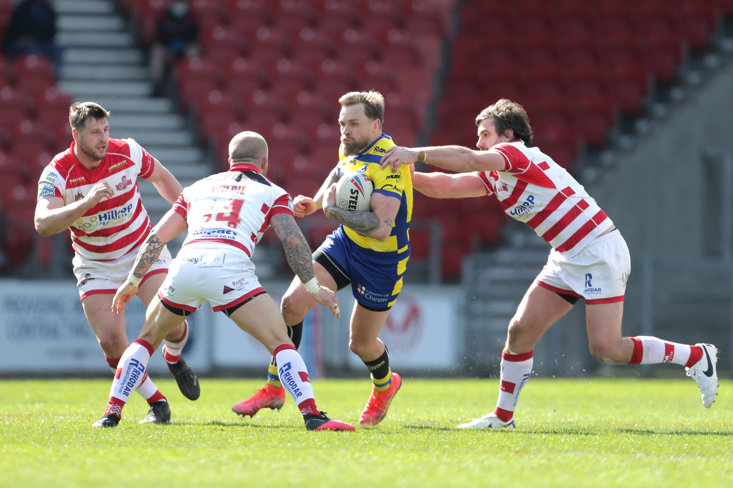 The Centurions points came in the form of second half tries from Adam Sidlow and Ryan Brierley, but after Wolves hit them with a quickfire two-try suckerpunch in the first half, they never looked like mounting a serious comeback.

Departing Warrington Boss Steve Price was pleased with sides improvement from the defeat against Castleford:

“It’s always been there, especially with how we carried ourselves throughout pre-season, but eight tries to two is very pleasing, we invested in our start much better than last week so we’ll build on that.”

In the second game of the afternoon, Castleford Tigers made it two out of two with a hard fought win against a stubborn Leeds Rhinos side.

It was Oliver Holmes who opened the scoring for the Tigers in round one, and the Second-Row repeated the against the Rhinos, forcing his way over from short range.

Niall Evalds made an eye-catching start to his Castleford career against Warrington, and the England hopeful was on hand again to extend his new sides advantage, finishing off a move that was started by a brilliant Jake Trueman offload.

Leeds hit back with half an hour on the clock through Luke Briscoe, and the game turned into a real arm wrestle, with both sides going set for set. 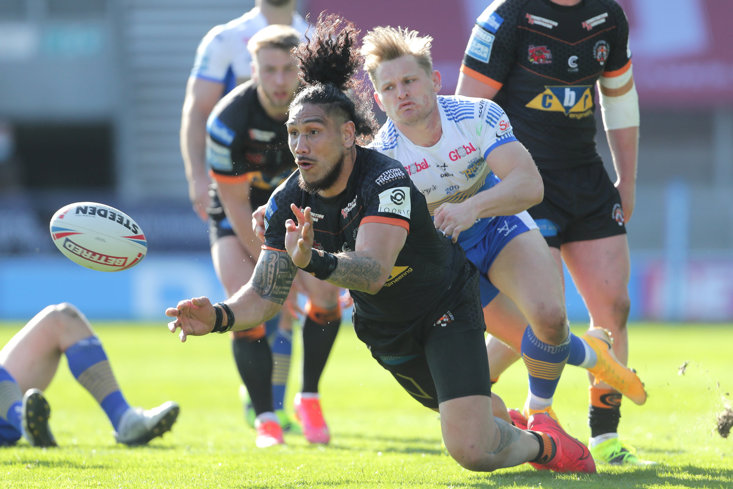 The Rhinos cut the deficit to just two points with twenty minutes on the clock when Matt Prior crashed over for his first try in Rhinos colours, setting up a tense finish as both sides looked for a knockout blow.

The defining moment of the game came in the 72nd minute, when Jordan Turner found his way over the line, and push the Castleford lead out to 8 points.

Leeds pursued the comeback until the hooter, but fell short in a game that Richard Agar will feel was there for the taking.

Daryl Powell continues to be heavily linked with the Warrington job, but the Tigers Boss was pleased by the spirit of his current side today;

“I thought we were really good defensively, and we needed to be because we turned the ball over cheaply. You’ve got to win games, and you don’t always win them the way you want to win them, the character of was strong today.”

Two games remain in the Mose Masoe round, with Hull FC and Salford meeting tomorrow, and Catalans and Huddersfield also coming head to head.