Blackburn Rovers have appointed former AC Milan and Feyenoord striker Jon Dahl Tomasson as their new manager ahead of another rigorous Championship season.

The Danish coach, who has signed a three-year deal, becomes the second non-British or Irish manager in the club’s history after fellow Scandinavian Henning Berg 10 years ago. His predecessor, Tony Mowbray, had been at the helm for half a decade and this feels like the start of a brand new era for the Lancashire outfit.

After falling out of the play-off picture last term, Rovers will hope Tomasson is the figure to seal a return to the Premier League after an 11-year absence. He arrives in the north west having enjoyed success in Sweden with Malmo FF, leading the side to back-to-back Allsvenskan titles in 2020, when he was named Manager of the Year, and 2021.

Tomasson also led his squad to the Champions League group stage in 2021-22 for the first time in six years. They had to get through four qualifying rounds to get there.

He left his role midway through the season upon his own request and has been out of work until now. During his time in Sweden, he boasted a win record of 55.91% across 93 matches and his side scored 83 more goals than they conceded. This will catch the eye of Rovers supporters who last season saw their team score just nine goals more than they let in. 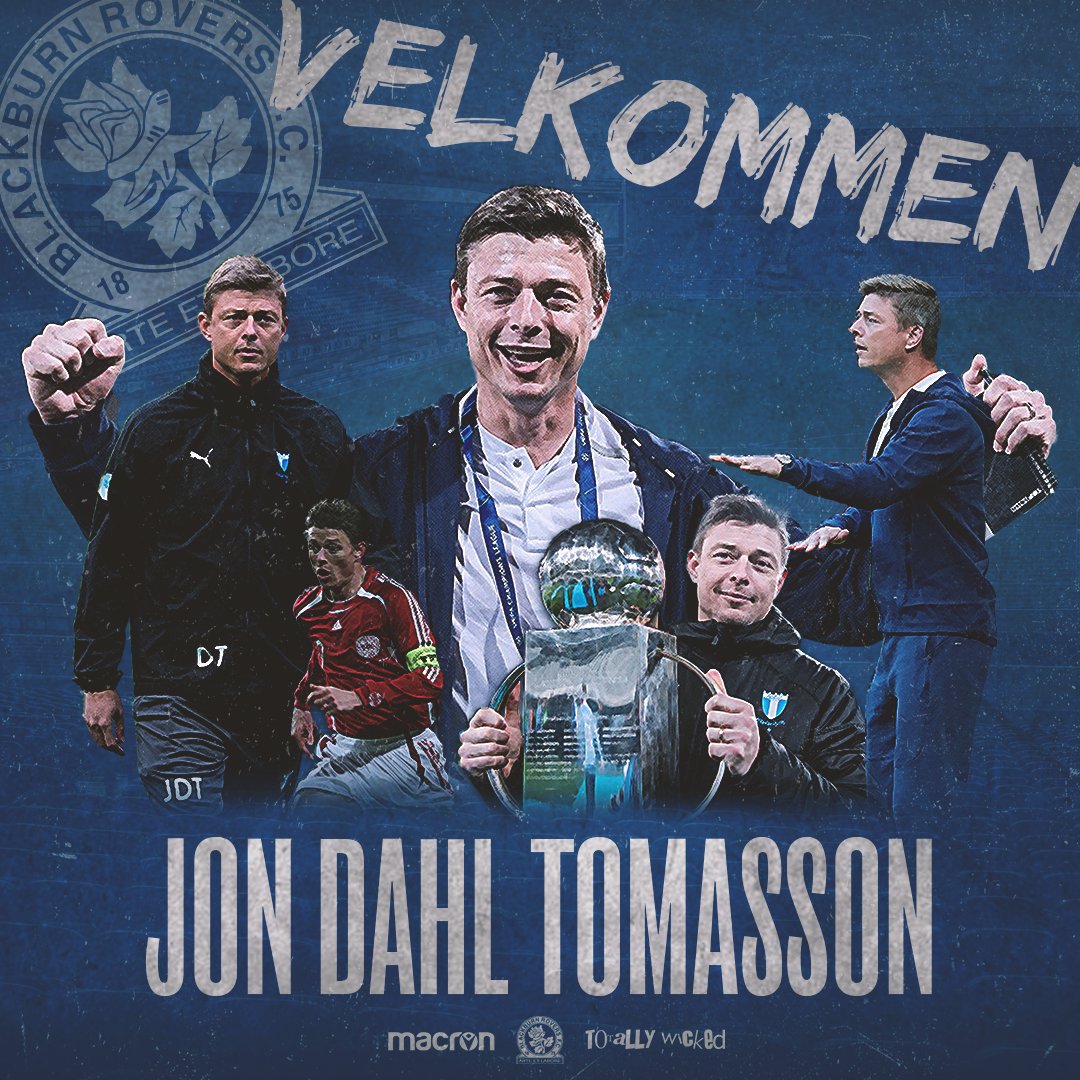 While in charge of the Blue Ones, the 45-year-old’s system evolved from a 4-4-2 into the more widely used 3-5-2 - a system that not only offers structure at the back but also plenty of energy and pace in midfield and the attack. The fact he used this same system that Blackburn played under Mowbray further adds to the reasons the Dane was appointed. This presumably makes the change easy for the players and it gives Tomasson a strong start in getting to know his new players and discovering his best XI.

His coaching career began shortly after he retired in 2011 as he joined Dutch side Excelsior as an assistant coach, eventually taking charge for 25 games after a managerial change. Roda JC was his next destination, where he was given his first official command but left after just six months in the role during which time they were relegated. Tomasson then spent a season as assistant at Vitesse Arnhem before taking up a similar role with the Denmark national team, for whom he remains the joint all-time leading scorer with 52 goals.

As a striker who has won the Champions League and Serie A, and is his country’s record goalscorer, his appointment will be of great interest to Blackburn’s Ben Brereton Diaz. The Chilean international had a great campaign for goals last year in the Championship (22) and he will be keen to learn how to improve his game from his new gaffer as he looks to fire his side back to the top flight.

Tomasson’s appointment has followed a Scandinavian trend that Rovers have followed this summer after first appointing Gregg Broughton as their new director of football from Bodo Glimt. This follows previous recruitment roles for Broughton at Norwich City and Luton Town. With the missing piece of the puzzle now fitted, the duo will work closely in the coming months to assess the current squad and discuss the key areas the team can strengthen to put them in the best position to fight for promotion in 2022-23.