It remains to this day one of the great virtuoso performances from a British rugby league player on the international stage. Great Britain’s 20-12 victory over Australia in November 2001 will forever be known as the ‘Paul Sculthorpe Game’.

The St Helens star, who celebrates his 44th birthday on Wednesday, was the reigning Man of Steel and would go on to claim the award once again in 2002. But while his club form was as good as it gets, he went on to another level on that Sunday afternoon in Huddersfield wearing the red, white and blue of the Lions.

This was the first of a three-match Ashes series, the first in seven years between the old enemies. And Great Britain had far from a great record. In 11 series since their 1970 win, the Lions had lost every time, taking only seven victories in total from the 33 matches. At no point had there been an individual display quite up there with what Sculthorpe was about to produce.

Despite suffering a host of absences due to injury, most notably at hooker and in the halves, coach David Waite managed to cobble together a side with a number of players out of position. Kevin Sinfield, notably, was playing in the number nine shirt, while Sculthorpe lined up in the stand-off role he had plugged for Saints in the absence of Sean Long for much of that season. With Andy Farrell also in his prime at 13, Scully would regularly end up wearing six at national level, such was his superior versatility.

After Jamie Peacock’s early try from a charge-down on Darren Lockyer’s kick gave Britain an early lead, Sculthorpe took over as the key instigator in a stirring performance from the home team.

Midway through the first half he found himself in broken play. A smart dummy gave him a gap to exploit, and then once through it he delivered an excellent step off the left foot to burst through the covering tackle of Lockyer to touch down. Great Britain were 12-0 up against the Aussies. 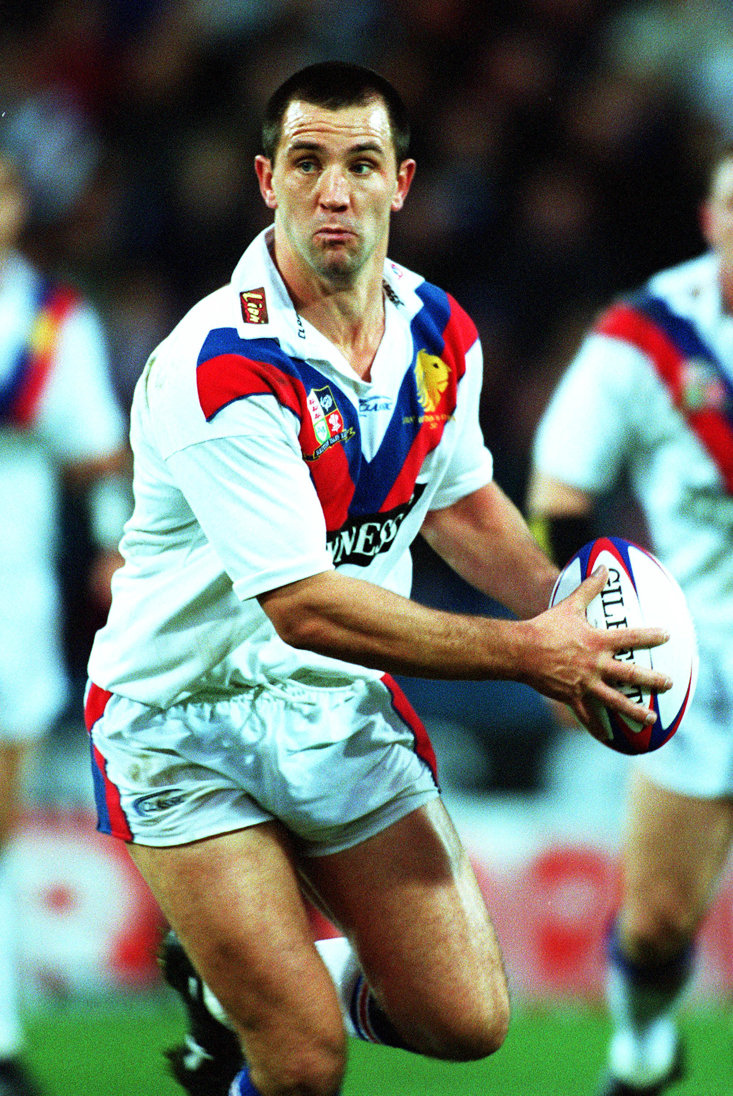 Early in the second half Sculthorpe tagged on a drop-goal to extend Britain’s lead to 13-0, but a 10-minute period midway through the period tilted the momentum back towards the favourites. The brilliant Andrew Johns scored after his quick cut-out pass to Jamie Lyon had helped to send Lote Tuqiri through space on the left, then Matt Gidley’s immense flicked pass teed up Adam MacDougall to crash over. Suddenly, Great Britain’s lead was only worth one point.

With five minutes left and Britain on the ropes, they needed something special. Up stepped that man again.

First, Sculthorpe won the ball back for Britain inside the Australia 20 with a huge hit on Lyon which saw the former Warrington star steal possession from the future St Helens icon. Then, just as the Kangaroos were expecting a grubber through the line, Sculthorpe feigned a pass and went bursting through to score the killer try of the game. In the dying seconds he struck another drop-goal, just to see off a bit more time. The Test match temperament was on display from beginning to end.

Of course, we all know that Britain wouldn’t go on to win the series. A heavy defeat in the Second Test in Bolton was followed by an almost-inevitable Australia victory in the final test at Wigan’s DW Stadium. But none of that could take away from what Sculthorpe had done in front of almost 22,000 at Huddersfield.

He would go on to captain his country, score over 100 tries and 1000 points for St Helens, lift four Super League titles and four Challenge Cups, and, having already starred in Saints’ 2001 World Cup Challenge win, he’d add another stand-out performance in their repeat success in 2007.

His was truly a glittering career, even if it was cut short by injury at the age of just 30. And he was never more commanding than in that wonderful First Test in 2001.