As Nottingham Forest manager Brian Clough turned up, complete with red PVC jacket and wooden squash racket to announce the signing of Trevor Francis from Birmingham City, few could have foreseen just how momentous this occasion would be.

Not because of the somewhat bizarre outfit, but because in sporting terms a player being sold for a million pounds back then was the footballing equivalent of inventing the wheel; things would probably never be the same again.

Of course a number of factors have contrived to ensure that football anoraks will always be able to take the gloss off this momentous occasion and quiz enthusiasts get the last laugh.

For one, it’s widely accepted that Giuseppe Savoldi was actually the world’s first million pound man when he went from Bologna to Napoli in 1975 for two billion lire, which equated to well in excess of £1million at the time.

But this was some time before the Italian game was seen as the hotbed of football which it would become in later years and the press seemed reluctant to acknowledge the move, probably not wanting the truth to get in the way of a good transfer story.

The other is that Clough claimed at the time that he actually only paid £999,999 for Francis, in order to take the pressure of his new signing. However, though this may well be true the figure actually spiralled to £1.18 million with add-ons and VAT, meaning that, in the UK at least, Francis was the first ever million pound signing.

Forest’s rise in the mid-1970s had been meteoric to say the least. Having taken over at the East Midlands club in 1975, Clough and his assistant Peter Taylor set about gaining promotion to the Division One at their first attempt before incredibly winning the Football League First Division title in 1978, their debut season in the top flight.

Astonishingly Forest were also holding their own in the European Cup as they set about the remarkable feat of going from the Second Division to Champions of Europe in two years.

And such was Clough’s ability to get the best out of his side, the signing of Trevor Francis was actually his first foray into the transfer market in some 14 months; preferring to utilise many of the players who had got Forest promoted from Division Two on the way to becoming champions of England.

But the signing of Francis was a statement of intent as Clough looked to cement his side’s place at the top table while sending out a message to the bigger names in the game both at home and abroad. 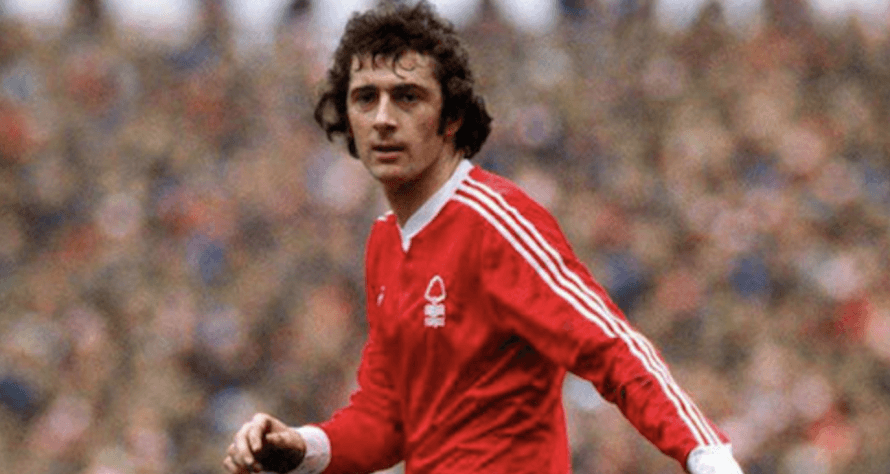 At Birmingham, Francis had gained something of a reputation for himself as a tricky, attacking midfielder, attracting attention from a number of top sides in the process. So when The Blues revealed they were willing to listen to offers for their star player, Old Big ‘ead jumped at the chance.

On the 9th of February, 1979 Francis was officially unveiled to the waiting members of the press in Nottingham, at what was to be one of the more bizarre press conferences ever seen.

Having been playing squash across the road Clough turned up typically late in his sporting attire telling the frustrated press pack who had been patiently waiting some time: “I’m in charge here and don’t you forget it.”

And it wasn’t just Clough’s passion for squash that held the deal up; the transfer almost never went through due to a clause in Francis’s contract that would also allow him to play in the North American Soccer League in the summer months.

Not only was Francis about to become the most expensive player in British history, but he also wanted to “moonlight” in America while the rest of his team-mates lay on the beach.

Clough eventually gave into his demands and Francis signed a deal which saw him receive a £45,000 signing-on fee, while also receiving £80,000 from American club Detroit Express to play for them in the closed season.

In his first season with Forest, Francis scored six goals in 20 games as they set-about conquering Europe, though Francis would have to wait until the semi-finals of the competition having been ineligible to play in the earlier rounds.

But he quickly made up for his absence scoring the only goal in the final as Forest defeated Swedish champions Malmo in Munich to seal one of the greatest achievements ever by a side who were playing in English football’s second tier just two seasons before.

Sadly that was about as good as it got for Francis at the City Ground. The following season Forest dominated on the continent once again and astonishingly went on to defend the European Cup, but despite scoring in the quarter and semi-finals Francis missed the final win over Kevin Keegan’s Hamburg due to an ankle injury which would plague the rest of his career.

Francis ended his days at Forest with 28 goals from 70 games and in 1981, the man who had been at the centre of the most high-profile transfer of the time, was about to make the headlines once again when he signed for Manchester City in a £1.2million move.

It’s probably a little unfair to say that Trevor Francis changed the transfer market forever on February 9, 1979 and if anything he was simply a highly valued commodity in something of a power struggle between two football clubs.

Even so, if nothing else the move ensured that the footballing world would quickly get used to multi-million pound transfers and if anything become immune to such eye-watering figures that we have seen in the years since as, rather than play them down like Clough, clubs openly boast about the fees they have paid.