Two years ago, the SFA asked the Tartan Army to select their favourite icons to feature on a list of the 50 Greatest Scotland Internationals of all time. Sir Kenny Dalglish sealed first place after over 36,000 votes were cast - closely followed by Denis Law in the runner-up spot.

The top two were world-renowned performers, and both are still idolised and cherished in the North West of England. ‘King Kenny’ and the ‘Lawman’ were goalscorers of supreme quality, and forwards of such standing have not been seen in dark blue since.

Dalglish and Law share the title for most international goals for Scotland; 30 times the Glaswegian and the Aberdonian ruffled the net for their country, and it is unlikely to be a record toppled any time soon.

In the last decade, Wayne Rooney, David Healy, Gareth Bale and Robbie Keane have become the top goalscorers for their respective nations, yet the reachable 30-goal target set by Law - and equalled by Dalglish - has never been threatened.

Ally McCoist was the top marksman in the 1990s, while Kenny Miller was the predator of the noughties. Over time, though, the pool of striking options diminished, and a lack of potency undoubtedly contributed to an extended spell in the doldrums before Euro 2020 redemption.

Scotland’s resurgence is due to a sharp increase in squad depth, however forward options remain limited. Che Adams and Lyndon Dykes, raised in Leicester and Queensland respectively, have led the charge admirably, but Steve Clarke, woefully short of options, has had to be creative to solve a long-standing striking shortage.

The top goalscorer in the current squad is John McGinn, a midfielder. The Aston Villa livewire has 11 goals for his country, and he only requires two more to become joint 10th on the list of top male Scottish international goalscorers. 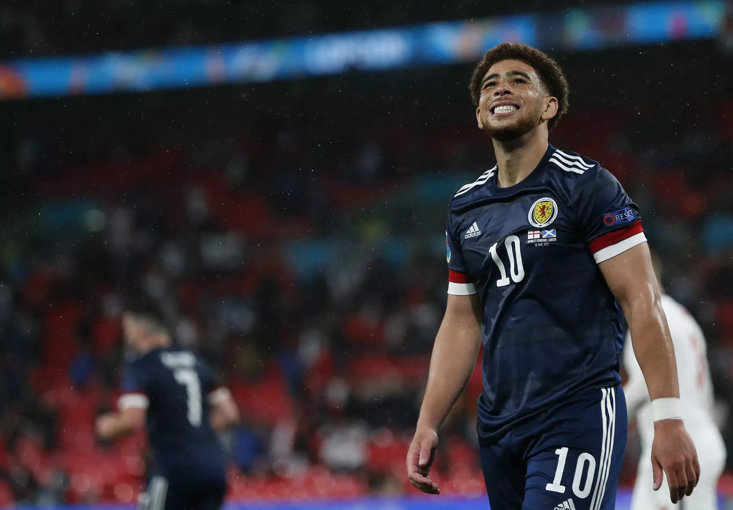 Kris Boyd and Leigh Griffiths made significant impacts in the Scottish Premiership, but neither could replicate club form in the international arena. Boyd once netted an important opener against Lithuania, and Griffiths famously outwitted Joe Hart twice, however neither could cement a starting berth.

The Celtic website has a page dedicated to notable Academy graduates. Aiden McGeady, Callum McGregor, James Forrest, Kieran Tierney and Shaun Maloney feature prominently, but a centre forward is not listed. The only homegrown striker to make a meaningful contribution in green and white since 2000 is Craig Beattie - and, ultimately, he was not good enough.

Deep thinking and a pen and paper are required to recall the last time Rangers produced a striker of repute. A lengthy list of players that have been unable to make the grade this century includes; Tom Brighton, Steven MacLean, Darryl Duffy, Ryan Hardie and Dapo Mebude. Ross McCormack is a rare success story, yet ironically, he was deemed surplus to requirements by Paul Le Guen and released after a handful of appearances.

The Old Firm don't just struggle to produce forwards capable of supplementing their respective squads and enhancing the national team - they even have difficulties developing strikers capable of earning a full-time living from the game. Both sides have uncovered excellent youth players throughout the years, but their inability to hone and nurture goalscoring talent leads, inevitably, to queries regarding the applied coaching methods.

“You are only as good as your strikers,” is a well-worn saying that still holds some merit, although Manchester City would dispute such a claim. The nation is awaiting the emergence of a world-class forward, a talismanic figure, yet there is little sign of the next Dalglish emerging any time soon - not unless Clarke can uncover a South American goal-getter with a Scottish grandparent.