Aidy Boothroyd announced that Chelsea defender Jake Clarke-Salter will captain the Young Lions at the under 21 European Championships and England will kick off their campaign against France in Italy tonight. It promises to be a corker of the game with two of the top sides in the tournament meeting in the first game, but how will the England captain cope with the pressure?

He has a fair amount of experience given his young age, having represented England at every level up to and including the under 21’s. He has only made one first-team appearance for his parent club but he has had several loan spells in a variety of leagues with Bristol Rovers, Sunderland and Vitesse. A top quality performance and this year’s Euros will surely alert top clubs to his presence and he could make a big move this summer. We take a look at three potential options.

This could be a breakthrough season for several youngsters at Chelsea as their transfer ban still stands at present. This prevents them from bringing in any more players and after the departure of Eden Hazard and Maurizio Sarri it looks as if a new era is beginning at Stamford Bridge.

Derby manager Frank Lampard looks likely to be the next man in charge and he could be the perfect fit for a club who must promote their youth over the coming year. Mason Mount and Fikayo Tomori both shone for him in the Championship last season as they reached the play-off final and Lampard is sure to give more opportunities to young players than his predecessor Sarri did.

Clarke-Salter is in with an outside shout of breaking through into the first team although Chelsea do have an awful lot of players on their books.

Another man with close links to Chelsea is Aston Villa’s assistant manager John Terry. Having helped beat Lampard’s Derby at Wembley in May, he will be Dean Smith’s assistant in the Premier League next season, unless a club (potentially Derby) approaches him to become their first team manager.

Villa have already shown they can look after Chelsea players with Tammy Abraham top scoring for them last campaign and Terry could use those links once more to bring in some more talented Chelsea youngsters like Clarke-Salter. 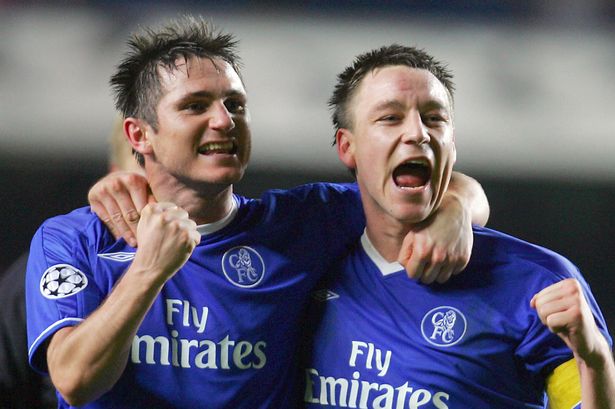 As we have seen with several English youngsters such as Jadon Sancho, Ryan Kent and Reiss Nelson, Germany seems to be a fantastic place to develop. This summer, Everton youngster Jonjoe Kenny has gone over to Schalke on loan as the English invasion of Germany’s top tier continues.

Clarke-Salter has already played some football abroad with Vitesse in the Netherlands and could take his chances with a Bundesliga club if they come calling. This would be a wise move for the young Englishman.