Football
News
The youngster has become the majority shareholder at the Stadium of Light
Simon Lillicrap
17:10, 18 Feb 2021

Sunderland have at last got a bit of hope. After a dismal five years, which has seen them drop from the Premier League to League One, make strange boardroom decisions such as buying Will Grigg for £4m against the manager’s wishes and star in two Netflix series, the club can now finally move on from the Stewart Donald era.

In his place comes the youngest chairman in English football, Kyril Louis-Dreyfus. But who on earth is the 23-year-old, how much is he worth, and is he serious about getting Sunderland back to the big time?

Well, the good news for Sunderland fans is that he isn’t some businessman trying to make a quick buck. He has football running through his veins and a desire to take the Black Cats back to the Premier League. We know, that’s what they all say, but in his case it might well be true.

Son of late father Robert and mum Margarita, he is one of the heirs - alongside his two siblings - to the Louis Dreyfus Company. Their global empire covers shipping, agriculture and food, and had a revenue of £33.6 billion in 2018 and yes, before you ask, he is also distantly related to Julia Louis-Dreyfus, star of Seinfeld, Veep and National Lampoon’s Christmas Vacation. 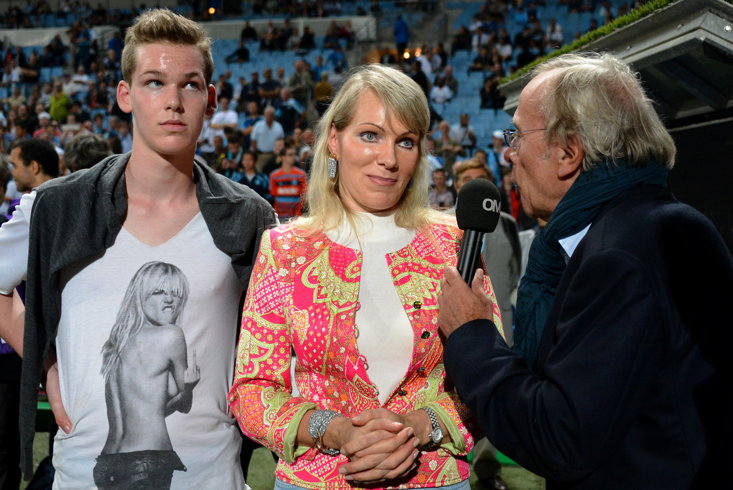 KYRIL WITH HIS MUM MARGARITA AT A MARSEILLE MATCH IN 2012

Kyril certainly has the financial might to make an impact, but after years of overinvestment and inflated wages, Sunderland fans will just be glad to have somebody with football knowledge and a long-term plan in place. Talking of that knowledge, he was brought up around Olympique Marseille, the club in which his dad was the majority shareholder for 13 years and the team his family still own a five per cent share of to this day.

In fact, having always shown an interest in football, former president Vincent Laubrane allowed Kyril to see how transfers and contracts were negotiated when he was on an internship at the club. Ever since he was a teen he hasn’t been satisfied with being a wealthy benefactor, but instead was keen to get stuck into the day-to-day work of running a football club.

His obsession with football continued even when he was travelling the world. Although he attended school in Geneva he made it back for most Marseille home games, but went one step further when at boarding school in Singapore, as he flew to Italy to watch his side make the Champions League quarter-finals by knocking out Inter at the San Siro. We told you he was football nuts!

So where does his link to Sunderland come from? Well, Juan Sartori is the key, having owned 20 per cent of the club since 2018. His father-in-law owns Marseille’s rivals Monaco, and with Sartori attempting to establish himself as a politician in his homeland of Uruguay, he felt it would be necessary to have another figure step forward and join him at Sunderland. Step forward, Kyril Louis-Dreyfus.

He may be only 23, but at first glance this seems like a much better fit for the Black Cats than previous regimes. Here is somebody with a brilliant football upbringing, who understands the game and shouldn’t get mugged off when it comes to transfer proceedings. Hopefully we will never see a Will Grigg deadline day situation unfold again in the Stadium of Light offices.

Oh, and Sunderland fans can expect some wonderkids to be signed over the coming years too, since Louis-Dreyfus is a huge fan of Football Manager. Gavi to light up the Stadium of Light in 2023?