Football
News
Who Is Nico Schulz? Breaking Down Germany’s Match Winner Who Has Piqued The Interest Of Liverpool
Jack Porter
17:29, 25 Mar 2019

Sunday’s headline event, the Netherlands versus Germany once again delivered high-voltage action, with Die Mannschaft narrowly edging out die Oranje at the Johan Cruijff Arena, Amsterdam, in a 3-2 thriller.

Goals from Leroy Sane and Serge Gnabry put the visitors ahead before the Netherlands bit back thanks to Matthijs de Ligt and Memphis Depay. It was ultimately heartbreak for the side that have failed to qualify for the last two international tournaments as Nico Schulz bagged all three points for Germany, agonizingly for the hosts, as the game was approaching full-time.

Whilst Sane and Gnabry are widely known names, thanks to high-profile attachments to Manchester City and Arsenal, respectively, Nico Schulz certainly made more of a name for himself on the circuit with his latest display for country, taking the glory in dramatic fashion.

The Hoffenheim player was only granted his first-team debut in Joacim Low’s first-team set-up, at the age of 25-years-old, in September 2018 (after seeing out the preceding call-up against France from the bench). In that game against Peru, he announced himself with the winning goal at the PreZero Arena, playing the full 90 minutes at left-back.

Preceding that, Schulz had made just over a half century of appearances through the youth squads, beginning in 2008.

Starting at Hertha Berlin, he joined Borussia Mönchengladbach in 2015 - where he suffered a debilitating cruciate ligament injury shortly after and made less than 20 appearances across two seasons - before moving to Hoffenheim, under the tutlage of Julian Nagelsmann, in 2017.

Since then, the resurgence has been on, an inaugural season with die Kraichgauer ending extremely well. During Hoffenheim’s final 14  games, Schulz contributed a goal and four assists as his side won lost just two games and ended with a third place finish in the Bundesliga and qualifying for the Champions League in 2018/19.

Last season, and going some way again to mark his name at scoring at important times Schulz also scored in Hoffenheim's first ever European victory, a 3-1 UEFA Europa League victory over Turkish outfit Istanbul Basaksehir in October 2017, at home, with goals preceded by Benjamin Hübner and Nadiem Amiri.

Furthermore he bolstered his reputation as being one of the most rapid players in the league, registering a speed of 21.5 mph and recording a pass-completion rate of 77%, whilst developing more into the midfield.

Certainly in Low’s national operation, Schulz is deployed on the left-side of a midfield four, usually complementing Joshua Kimmich and Toni Kroos in the heart of the mid-line.

The Bundesliga official website reports that Liverpool has previously expressed interest in the versatile left-sider.

Schulz, who is currently contracted at Hoffenheim until 2021, himself has recently expressed that;

“I would like to play for a European top club one day. There are some extraordinary clubs that play in the Champions League every year.”

If his rise for club and country continues, the Reds are certain to not be the only ones turning their glances in his direction. 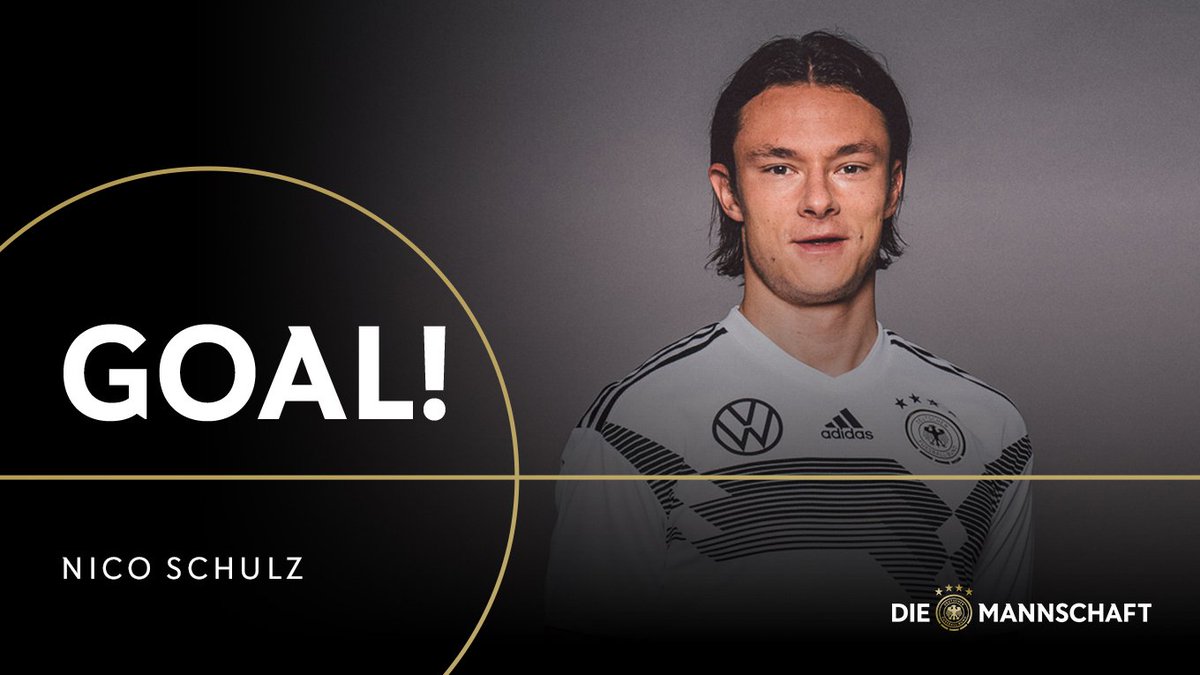 290
1200
x
Suggested Searches:
Tyson Fury
Manchester United
Marcus Rashford
Lewis Hamilton
F1
Air Jordan
More
football
Liverpool's Crisis Of Confidence Continues, And Time Is Fast...
Fulham, battling Premier League relegation, were leading against defending champions Liverpool at Anfield [ ... ]
football
Rangers Crowned Champions After Celtic Fail To Beat Dundee United
Rangers have won the Scottish Premiership title for the first time in 10 years after rivals Celtic could [ ... ]
football
Diogo Jota's Return Could Offer A Solution To Liverpool's Premier...
His return to first team action may have come slightly later than expected but Diogo Jota provided a [ ... ]
football
Another Clean Sheet For Villa Shows Martinez Is One Of The Premier...
Emiliano Martinez, this season, has without a doubt been the best goalkeeper in the Premier League. [ ... ]
football
The Good, The Bad and The Ugly: VAR Steals The Show As Arsenal...
We saw the best and worst of VAR as Arsenal couldn’t find a winner against a resolute Burnley [ ... ]
football
First v Second, But Manchester United Are As Far Behind City...
Manchester City and Manchester United are the top two in the Premier League going [ ... ]
football
Ask The Fans: Why This Manchester Derby Means So Much To Both...
The Manchester Derby is upon us and once again the Etihad Stadium will be empty as coronavirus restrictions [ ... ]
football
Fulham Boss Scott Parker Is Bang On, VAR Is Killing Premier...
Imagine being back standing on the terraces. Your team’s striker is played through as the crowd [ ... ]
football
Chelsea Are On The Up, But Who Knows What's Next For Liverpool?
Chelsea’s 1-0 victory at Anfield on Thursday night provided plenty of answers for the [ ... ]
football
Son, Kane, Bale And Alli Show A Little Bit Of What Tottenham...
Tottenham were fortunate in the end but they needn’t have been. Boasting a supreme attacking trio [ ... ]
football
Betfred Paying Out Immediately On Manchester City Title-Winning...
Betfred founder Fred Done has announced he will pay out immediately on all bets which have Manchester [ ... ]
football
A Rangers Scottish Title Win Would Complete A Remarkable Decade...
On a bright October afternoon in 2012, Rangers were at their lowest league position in their 149 year [ ... ]
football
Ryan Sessegnon Quietly Shining For Hoffenheim In Germany As...
It’s May 20, 2000 and in north London, Chelsea captain Dennis Wise is lifting the FA Cup after [ ... ]
football
Selling Tammy Abraham Would Show Chelsea Haven't Changed Their...
Albert Einstein once stated that: “the definition of insanity is doing the same thing over and [ ... ]
football
Man United Performance Against Palace Gives Fans Cause For Concern...
Due to the thick fog that came in at Selhurst Park, it was a small struggle to see the second half all [ ... ]
football
Chelsea And Man City Emerge Victorious From Chaotic Night In...
Chelsea Women came through a dramatic Champions League first leg against Atletico Madrid, winning 2-0 [ ... ]
football
Emiliano Buendia Stars As Norwich City Take Giant Leap Towards...
Norwich City have gone ten points clear at the top of the Championship and have one foot in the Premier [ ... ]
football
Laporta Could Be Key To Lionel Messi Staying At Barcelona, Says...
Lionel Messi could well stay at Barcelona despite the deep crisis the Catalan giants currently find [ ... ]
football
Man City's Horror Start Makes Their 21-Game Win Streak All The...
A cruel deflection off Ruben Dias’ boot gave West Brom an equaliser at the Etihad Stadium and [ ... ]
football
Relegation A Very Real Possibility As Apathy Reigns At Newcastle...
St James’ Park reeks of complete and utter apathy right now. Newcastle United is just about existing, [ ... ]
football
Right Tournament, Wrong Time As UK And Ireland Target 2030 World...
“It’s coming home, it’s coming home, it’s coming…” The UK government [ ... ]
football
Ian St John Was A Liverpool Legend, Football Icon And Beloved...
Ian St John was a true Liverpool legend. The Scot moved to Anfield from Motherwell in 1961 and scored [ ... ]
football
Don't Worry About Wolves, If This Cycle Is Ending Another Won't...
It’s April 2018, and the Derby defence has dealt easily with the Wolves corner kick, powerfully [ ... ]
football
Ronaldo Scores But Juventus Stumble, This Weekend's European...
Another weekend of football on the continent, another weekend which saw Lionel Messi and Cristiano Ronaldo [ ... ]
football
Jose Mourinho's Distrust Of Gareth Bale Is Doing Tottenham No...
Gareth Bale scored two goals and set up another on Sunday, but just as Tottenham Hotspur fans were beginning [ ... ]
football
Sam Mewis Scores Twice As Man City Close In On WSL Leaders Chelsea
Sam Mewis netted twice on her return from injury as Manchester City closed the gap on leaders Chelsea [ ... ]
football
Liverpool Stop The Rot After Horror Run With One-Sided Win Over...
Liverpool are back. For now. Staring down the barrel of another night of frustration after four straight [ ... ]
football
Solskjaer's Search For A True No.9 Continues As Man Utd Draw...
Luke Shaw was marauding forward with the ball to get Manchester United on the attack again and cut inside, [ ... ]
football
Rooney Nets The Only Goal To Lead St Johnstone To Betfred Cup...
St Johnstone clinched only the second piece of major silverware in their history on Sunday with a 1-0 [ ... ]
football
Arsenal Show Character To Remind Premier League Of Their Quality
Character. Every top team has it. Every team with character can battle until the end. Setbacks, pitfalls, [ ... ]