Football
News
The England midfielder offers something different to most of his contemporaries
Rebecca Knight
14:01, 30 Dec 2019

It’s always a bummer when things go wrong and disappoint you. This year has been a cracker for that on a number of levels – in politics, in football, in discovering the Three-Bird Roast I thought had been purchased for Christmas dinner was in fact a Three-Game Roast, to realising my cat preferred a cardboard box to the present we got him. You get the picture.

But one of the most disappointing things of all had to be seeing Alex Oxlade-Chamberlain hobble off during Liverpool’s Club World Cup final win over Flamengo.

The Ox suffered a horrible injury last season, and missed most of the action because of it. When injuries are ACL-related or ligament damage, they take a long time to come back from, and some players never quite recover. However, he came back stronger – literally – and had worked his way into Jurgen Klopp’s champions-elect machine, becoming the star of the show on occasions.

The good news this time around is that his injury doesn’t appear to be anything like as serious, according to Klopp this weekend.

“They should all be back in training by mid-January latest,” the German said of his injured players. “How many games do we have until then, four or five? I’m not sure. So that’s a little bit of a problem.

“Ox is walking around here without crutches, without a boot, but we have to wait until the medical department gives us the green light.”

A relatively speedy return can only be good news since Oxlade-Chamberlain offers something to that Liverpool midfield that none of the other players quite manage. He has also been played as part of the front three at times – though to less of an impressive effect. In short, the Ox has been one of the highlights of the last few months for Liverpool, and that’s saying something. 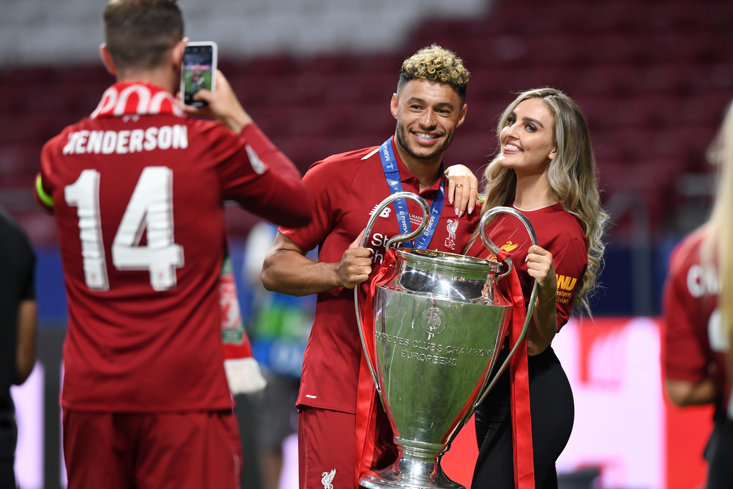 Early questions over whether Liverpool had signed little more than a squad player quickly vanished and plenty of fans wanted to see him starting week in, week out. His ability to score a long-distance rocket didn’t harm his cause either. England fans were also eyeing him up with more enthusiasm than they’d look at the strawberry creams in a box of Quality Street, and despite the riches gifted to Gareth Southgate in that department there was no denying he looked on course for a seat on the plane going to the Euros this summer.

Everything seemed to be working out brilliantly – hard work was paying off and the talent he’s always had was shining through under the tutelage of Jurgen Klopp and his coaching staff. Then came the injury and the pictures of him celebrating winning the Club World Cup on crutches. Fears grew over just how long he would be out for.

There's no denying the club have been correctly cautious in bedding him in after his long-term injury, and you get the feeling they would rather do that again this time than risk something worse happening. They certainly have enough of a gap at the top of the table to be able to do so.

Sometimes you can tell how important a player is to the team not when they’re playing but when they’re missing, and the disappointment and worry from Liverpool fans when the Ox went off against Flamengo was clear for all to see – and telling.

Seeing Arsenal fans lament him being able to leave for a Premier League rival is also indicative of how well the midfielder has done since regaining fitness. It’s not like Chelsea fans laughing at the club allowing David Luiz to join the Gunners. Allowing the Ox to leave was a serious lack of judgement and Arsenal don’t have a player quite like that in their squad at the minute.

It’s not just about how good a footballer is with the ball at their feet. It’s their attitude, their motivation, their ability to get you Little Mix tickets – OK, that last one was a joke but you get the point. Characters who want to be out there every week playing and trying their hardest for the team are in short supply at Arsenal, and the Ox certainly fits that bill.

Their loss has been Liverpool’s gain, and that’s with all the injury issues he’s suffered as well. Both Klopp and Southgate will want to see the Ox back and firing as soon as he’s able, given he will be a key player for both club and country when the toughest tests come along.

Arsenal are learning hindsight is a wonderful thing, and while Liverpool's disappointment over Oxlade-Chamberlain's injury is certainly palpable, much like that Three-Game Roast situation, it’s never as bad as you think and at least there’s better stuff to come.