As Liverpool begin the defence of their Champions League crown on Tuesday, they might have expected to face a slightly "easier" opponent than Napoli. Jurgen Klopp’s men have been placed in a group alongside the Neapolitans for the second year running, and last season’s matches were extremely hard-fought by both teams.

On the way to lifting the trophy in Madrid last season, the Reds were beaten 1-0 by Napoli away from home but reversed that same scoreline at Anfield. The Serie A side were extremely unfortunate not to advance to the knockout rounds as Paris Saint-Germain topped Group C with 11 points, while Liverpool went through in second place via goals scored as they finished neck-and-neck with Napoli with nine points.

This season, Carlo Ancelotti’s men will be hoping to avenge that final outcome, but with Genk and Red Bull Salzberg joining them and their Premier League rivals in Group G, it will surely be a little easier this time around.

Liverpool may well find their familiar adversary to be a more difficult prospect on this occasion too. The coach has had time to make the team his own after the departure of Maurizio Sarri at the end of the 2017/18 campaign, a task that was made more difficult due to the precise nature of the work done in the previous three seasons.

The arrivals of AS Roma centre back Kostas Manolas, Mexican attacker Hirving Lozano from PSV Eindhoven and free agent Fernando Llorente have undoubtedly strengthened an already strong squad, and have been strong in attack so far. In just three Serie A matches, Ancelotti’s men have fired in ten goals versus Fiorentina, Juventus and Sampdoria, three opponents who are certainly no pushovers.

Yet the crunch of this matter should make for a hugely entertaining game for neutral football supporters. Just like at the beginning of last season, Napoli are struggling in defence. The central defensive pairing of Manolas and Kalidou Koulibaly should – on paper – mean that the Partenopei are rock-solid in terms of their backline. 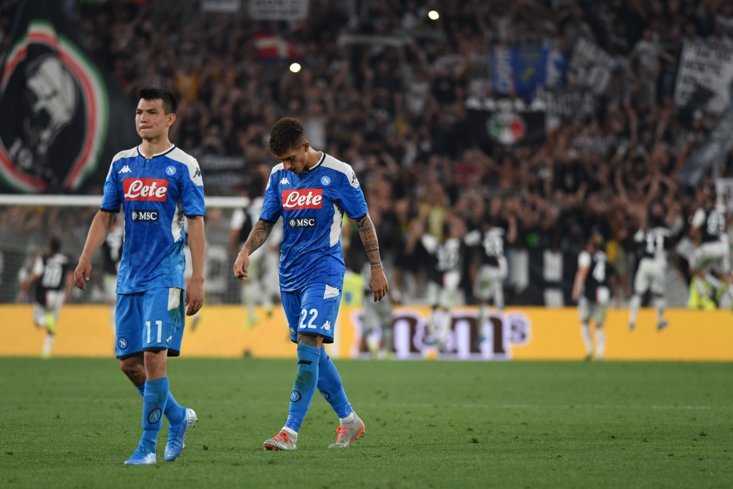 However, those opening two games in Serie A saw them stretched to the limit and carved open like a knife through butter on the counter-attack, something that Liverpool, of all teams, will surely be ready to exploit. A closer look revealed that the blame did not lie on the shoulders of the centrebacks in the aforementioned fixtures as the two-man midfield in Ancelotti’s 4-4-2 failed to provide any protection in central areas.

This allowed both Juve and Fiorentina to breeze right through the middle, allowing very little chance for attackers to be stopped before they were able to take advantage of a goalscoring opportunity.

“We've been taking our chances well but clearly there are problems if we've conceded seven goals,” the experienced boss told reporters before the match with Sampdoria on Saturday.

“We've struggled defensively because we've left too much of a gap between our defence and midfield lines. You have to create the team's playing style based on the attributes of your players. You only see the formation when you're not in possession. When we're defending we play 4-4-2 in most games."

Of course, Napoli went on to keep a clean sheet versus struggling Sampdoria, but a victory versus a side that had conceded seven and scored just one in their opening two games is a very different prospect than facing this Liverpool team.

After Ancelotti publicly blasted Naples council when they failed to finish renovations of the dressing rooms at the Stadio San Paolo, it now finally seems like the teams will have adequate facilities in which to change into their kits.

This time around, perhaps both the Premier League side and Napoli will make it through to the knockout stages, but a rematch between the two of them is going to be a lot of fun to watch.