The Sarina Wiegman era continues to flourish as the Lionesses ran out 10-0 winners away to Luxembourg, marking two wins from two in Group D of their World Cup qualifiers, scoring 18 and conceding none.

Sure, given the quality of opposition in Luxembourg and North Macedonia, these wide margin wins should have been expected but the confidence these performances will have instilled, especially after a dreadful run of form towards the end of Phil Neville’s tenure, will be crucial in the run up to Australia and New Zealand in 2023.

Ellen White kicked things off at Stade de Luxembourg with her 42nd England goal, edging her ever closer to the all-time Lionesses’ record held by Kelly Smith (46). Lauren Hemp did wonderfully to get free down the left flank and flash the ball into the centre, where White was waiting to deftly touch home.

Goal number two of the night and 43 for White came just five minutes later. The Manchester City star reacted quickest to divert Fran Kirby's low ball into the box past Luxembourg's helpless goalkeeper, Lucie Schlime. Nikita Parris, stepping back into the starting eleven for Arsenal teammate Beth Mead, made it 3-0 after latching on to a Kirby corner from the right and stabbing home from close range.

Another Kirby corner was pivotal for the Lionesses’ fourth of the match. This time Alex Greenwood, making her 50th England performance, was able to capitalise on some poor clearing from the home side.

Despite Luxembourg switching to a back five in hopes of slowing down the relentless attack of the visitors, the second-half immediately picked up where the first had left off. Greenwood’s well-struck effort took a big deflection on the way in to make it five on the night and a brace for the Man City star. Shortly after the hour mark, Luxembourg’s Jessica Berscheid turned the ball into her own net - the third own goal to go in England’s favour in two games. 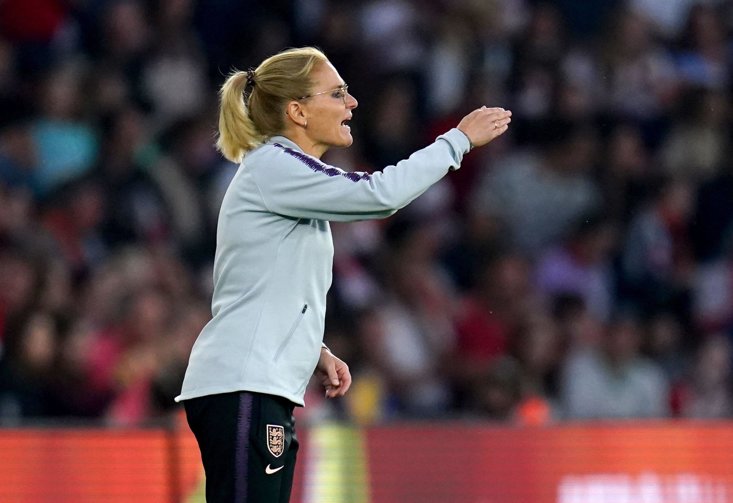 To their credit, the home side did manage to shore up their backline and kept England at bay for the longest they had all match, 17 minutes, but England’s patience eventually paid off when defender Millie Bright, scoring her first international goal on her 40th appearance, nodded home from a Mead cross.

She didn’t have to wait too long for her second, as England hit another three in injury time. First Bright bagged her brace, then Rachel Daly made it nine moments later, before Bethany England put the icing on the cake. Sterner tests will come, but the Wiegman era has well and truly started with a bang.

The Lionesses are back in World Cup qualifier action next month, hosting Northern Ireland on October 21st before an away trip to Latvia on the 23rd.